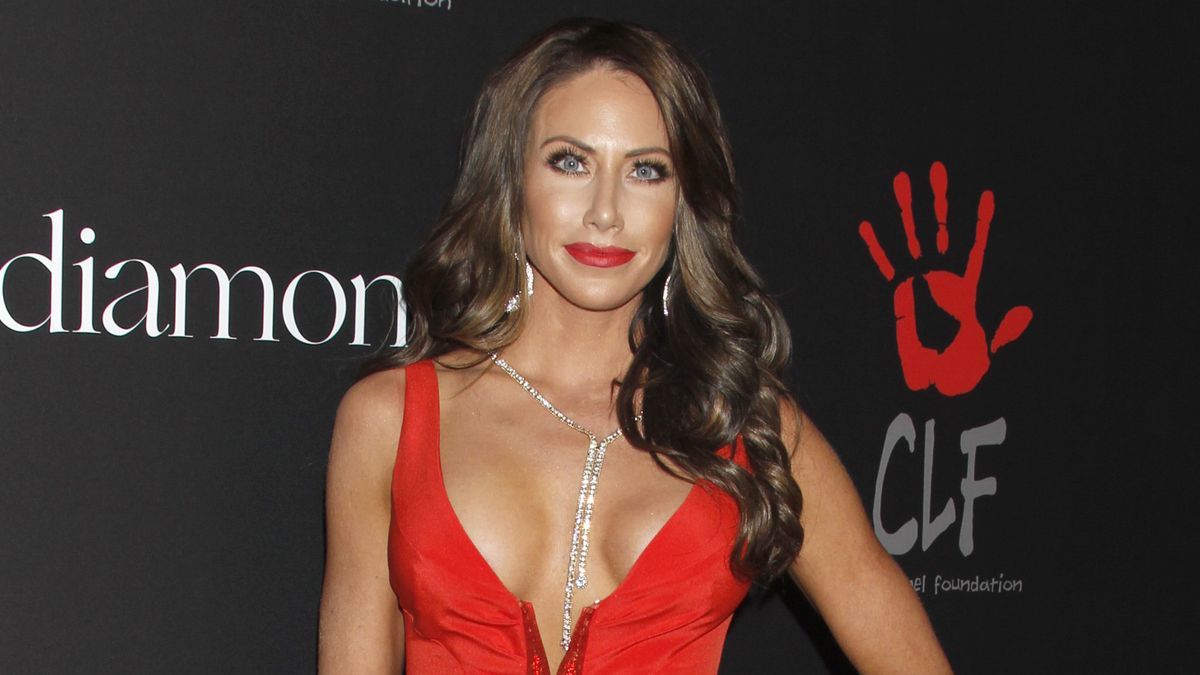 A Thursday afternoon Instagram post by Holly Sonders caused a stir with her social media fans. The former Fox Sports host, who has embraced a new career path and is reportedly making 20 times more money since she started her own version of OnlyFans with her private website, delivered yet another smoking-hot update that left followers speechless.

The golfer and social media starlet got drenched in an outdoor shower while wearing a sexy fishnet mini dress with no visible underwear, and temperatures immediately started to soar.

Getting Soaked In Style

Holly gave fans something to drool over as she slipped into a form-fitting pink number that perfectly showcased her jaw-dropping figure. The foxy brunette posed sideways for the steamy snap, placing one hand on her bare chest as she put one leg in front of the other. She threw her head back in a sultry pose, allowing her long legs to get fully soaked from the drizzle.

Fans had no troubled admiring the stunner's toned midriff and chiseled abs through the gauzy fishnet that hugged her body closely. Her perky assets were also exposed in the see-through dress that grazed just to the middle of her thighs.

Sexy With A Side Of Chic

The piping-hot snap was not devoid of elegance, which was reflected both by Holly's enticing pose as well as her risqué yet unequivocally chic dress. The pastel number was decorated with countless white pearls all over, which added femininity and sophistication to the racy look.

The low angle offered a great view of her insane figure, whose sinuous contour look came into focus against the backdrop of a white wall. A tall fence overgrown with vegetation could be seen in the far background, adding an extra pop of color to the snap.

Trying Her Hand At NFTs

Holly had some exciting news to share with her eager following as the Instagram model announced she was trying her hand at NFTs for the first time. (For those unfamiliar with the term, an NFT or non-fungible token can represent anything digital, such as drawings, photos, videos, and music. The Verge does a splendid job explaining the concept.)

In her caption, Holly detailed that she's aiming to make "the HOTTEST NFTs in the world" and fans were welcome to pitch ideas about what they would like to see her do.

While many of her followers were not quite clear what an NFT was, plenty of fans jumped in on the action and offered up interesting suggestions.

"Let's see your take on, Take me out to the Ballgame!" proposed one Instagrammer.

"I would love to see you in some kind of teacher/librarian outfit," chimed in a second user.

"You covered in chocolate and gold baby," suggested a third admirer.

Golf in see-through lingerie was another idea, while one person said they wanted to see more of Holly in the netted dress.

Some were simply content to gush over her hotness.

"If I was a fish I would love to be caught in your nets," quipped one smitten fan.