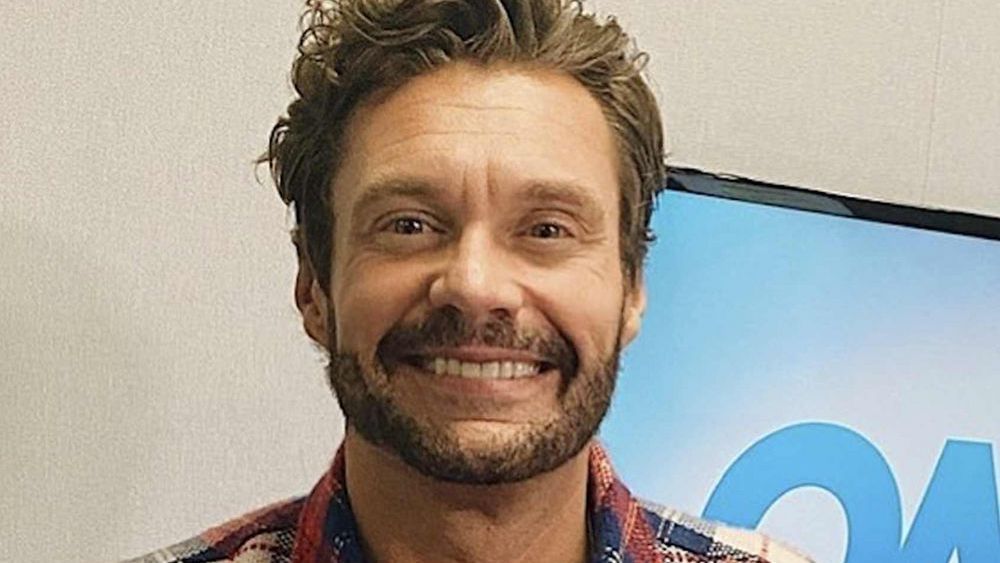 Ryan Seacrest is all cheesy pasta from scratch as Kelly Ripa vanishes and her replacement is revealed. The 45-year-old "Live! With Kelly and Ryan" host is currently front-page news alongside 50-year-old Kelly for kicking off the week without his blonde side-kick, with media outlets bursting at the seams as they try and figure out why Kelly was missing today. On Monday, Ryan was joined by a temporary co-host as former "All My Children" actress Kelly was MIA, with the night ending on a massive food note for Ryan.

Unfussed As Kelly Ditches Him 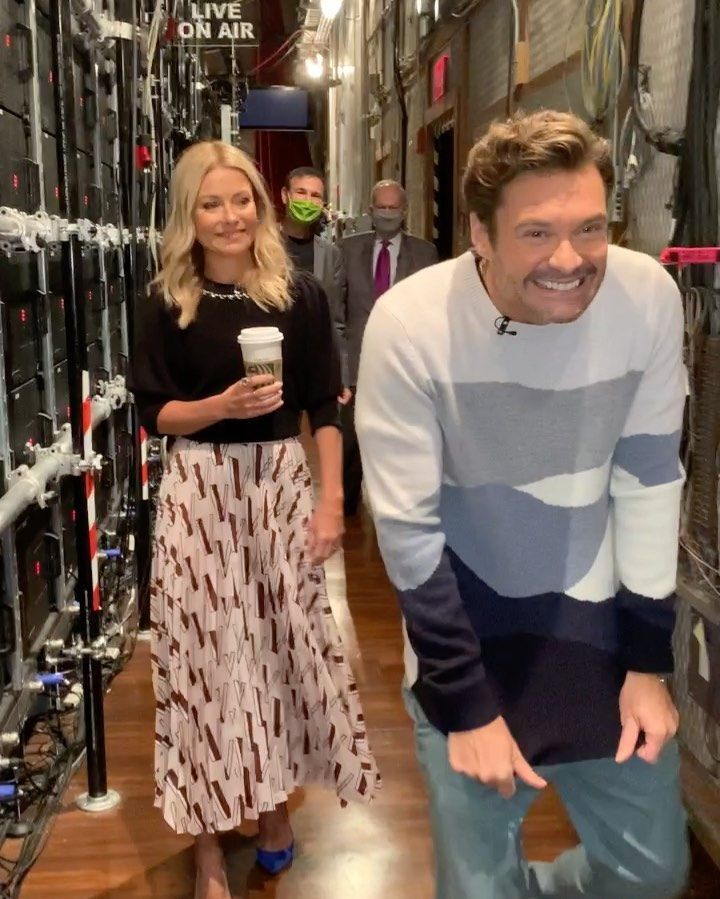 Scroll for the video. Ryan, who today welcomed media personality Maria Menounos as temporary co-host, was all smiles both in his "American Idol" promo shot today and, later, in a sneak peek of Tuesday's "Live!" episode. The video showed Ryan all solo, all apron, and "swimming" in tomatoes with a massive pyrex tray of feta cheese pasta, one heavily suggesting that he's going to be serving up a cooking segment tomorrow.

The camera, taking in Ryan in a kitchen setting on set, showed him prepping a huge block of feta with fresh tomatoes, before throwing in the motherload of corkscrew pasta.

Ryan, in a white shirt and tie, plus an apron bearing the "Live!" logo, said: "Baked feta pasta. First step, pre-heat the oven at 400  degrees." Seacrest showed how the dish looks before and after going in the oven, even throwing in anchovies, then saying it's delicious for "breakfast, lunch, or dinner."

The garlic-infused dish comes as fans wonder what the heck is going on. Kelly had given no explanation for her absence, nor had she warned that she'd be off. See more photos and the reactions after the video. 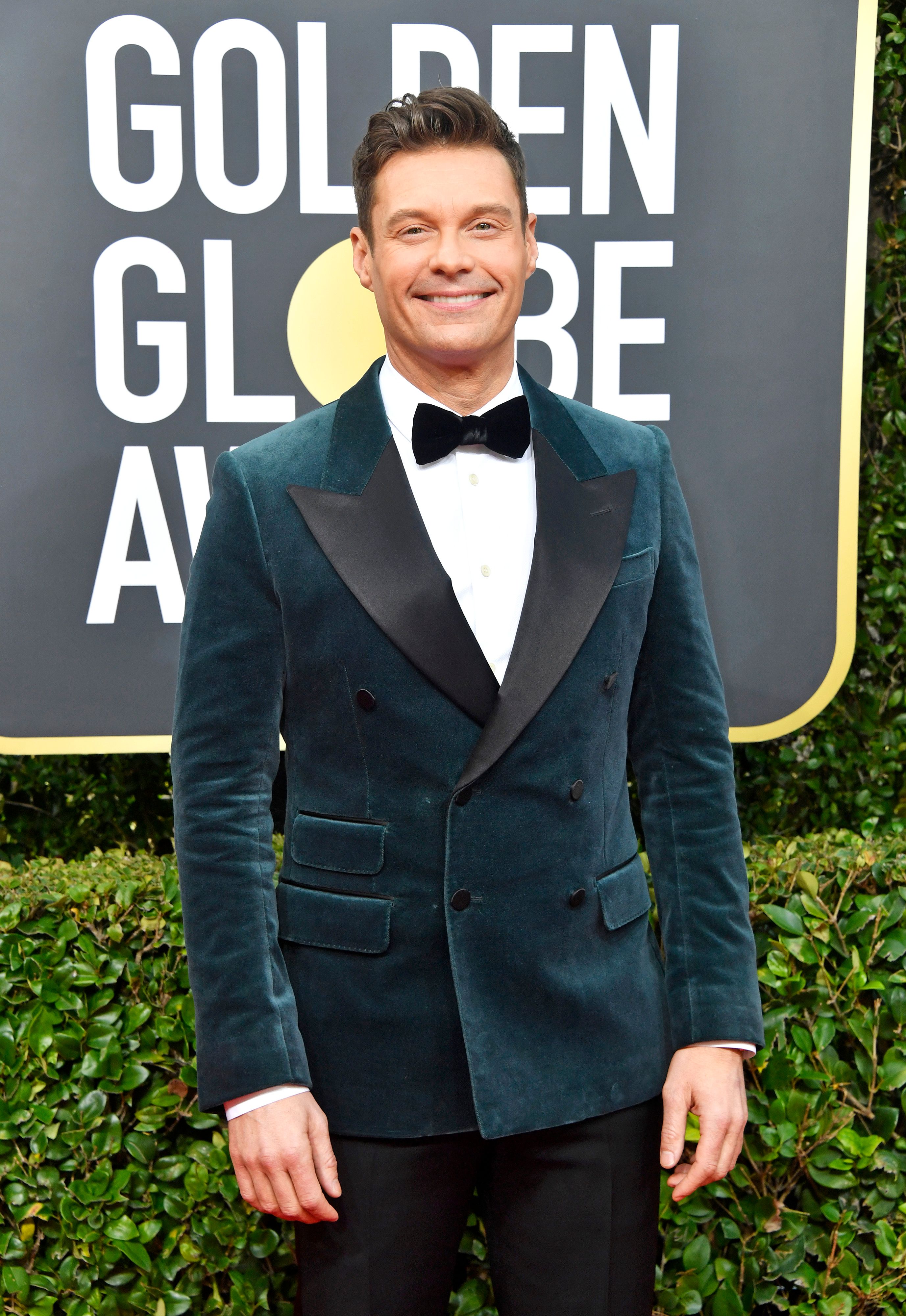 Fans, who last year saw Ryan ditch Kelly for two days as he awaited the results of a COVID test, have been commenting on Maria's co-hosting today. Some, it would seem, were keen to see the 42-year-old stay, even replacing queen bee Kelly. Remarks were made suggesting that Ripa interrupts Seacrest too much.

"Breath and laugh of fresh air!!! Ryan was able to complete sentences how nice that must felt," one fan wrote. Then again, others were loving the new face. 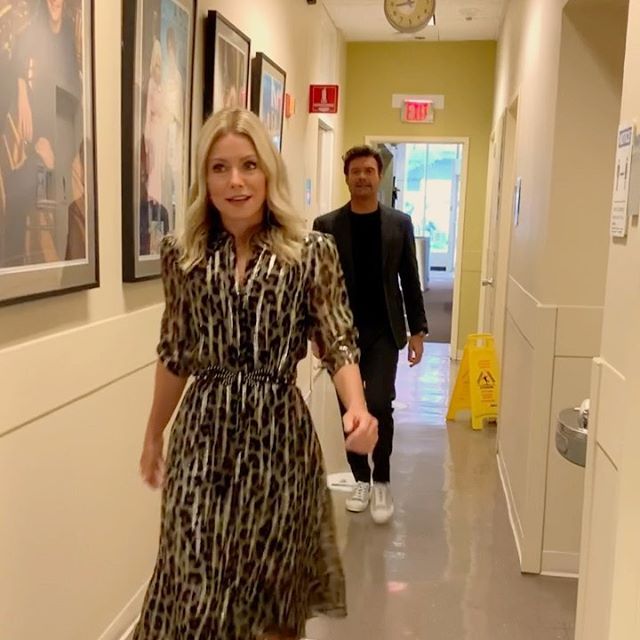 One user replied: "Loooove her!!!!! The most positive happiest person I have seen on tv / social medial! A truly inspiration 😍."

Ryan, meanwhile, made major headlines last year for taking a day off, and then another as he waited to test positive or negative for COVID. The result was negative, with the "Keeping Up With The Kardashians" producer thanking Kelly for holding down the fort during his absence. Ryan then updated with a sweaty workout shot showing he was doing just fine