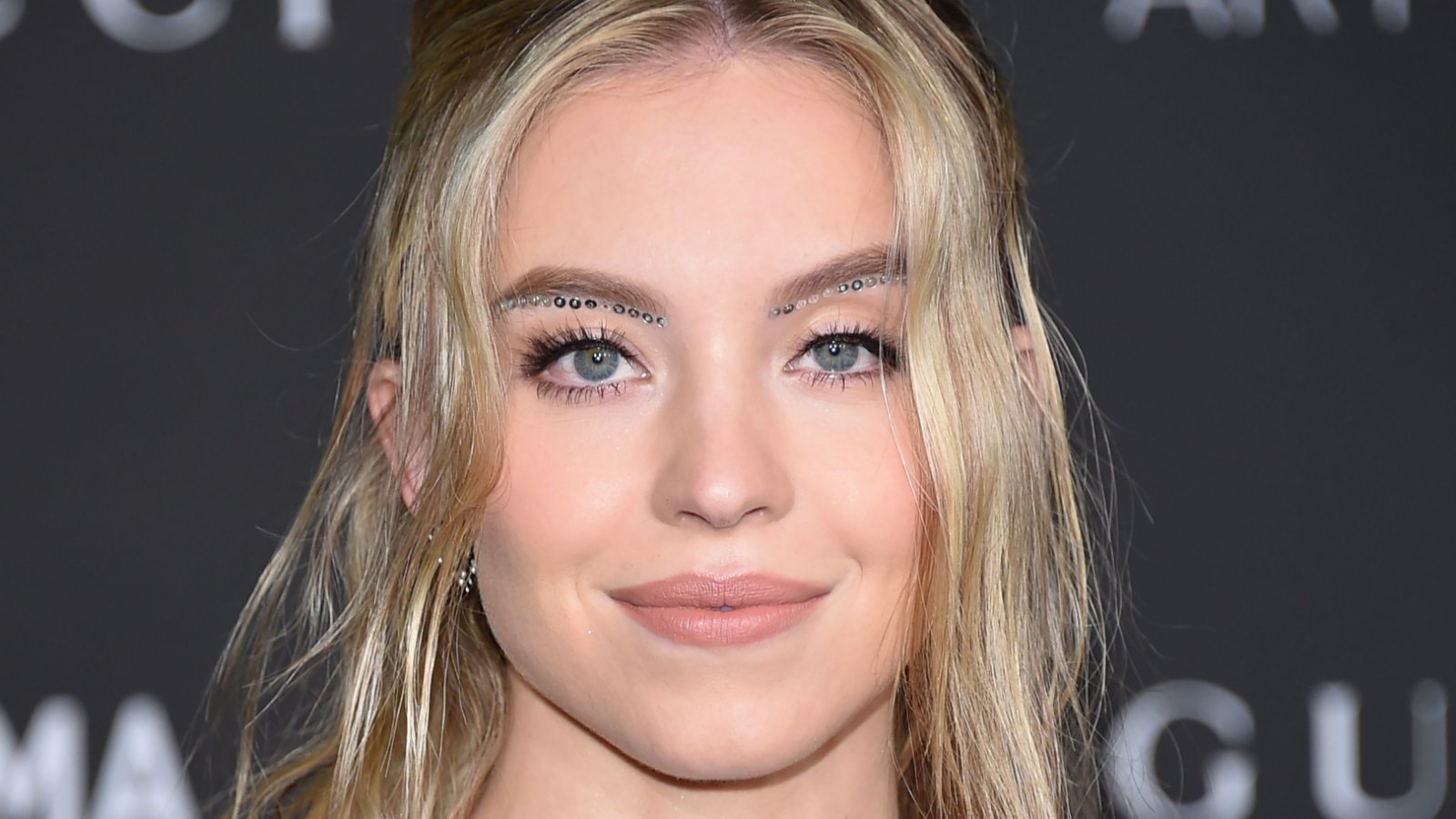 It's not uncommon for celebrities who live their life in the spotlight to keep their romantic dalliances close to their chest, and Sydney Sweeney is the perfect example. The Euphoria star has been dating Chicago-based restaurant owner Jonathan Davino for over three years but fans only got wind of the relationship two years in.

Quietly off the market since 2018, the 24-year-old actress is notoriously tight-lipped about her boyfriend in interviews, while also keeping her romance off of Instagram. Likewise, the Pompei pizza company heir, who is 13 years her senior, is just as private and doesn't even have any personal social media accounts, so you'd be hard-pressed to find any couple-y photos of the two on the Gram.

Here's everything we know about their low-key love story. 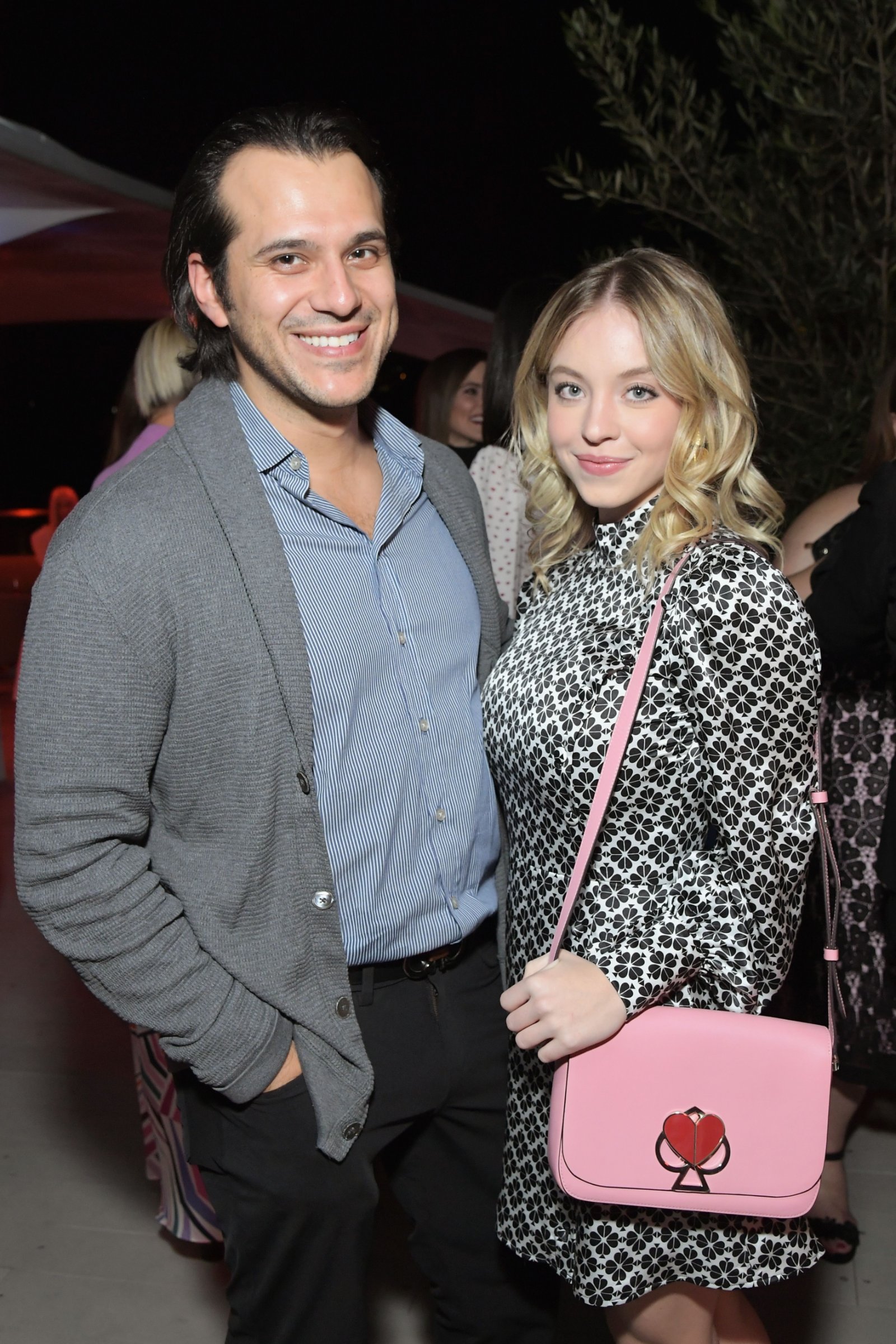 The Everything Sucks! and The Handmaid's Tale actress met the 37-year-old restauranteur back in 2018, making their first public appearance at the InStyle and Kate Spade dinner at Spring Place that October (pictured above). Although Sweeney has never posted Davino on her Instagram page, nor has she officially confirmed they're an item, the pair were photographed together on a few occasions over the years, indicating their romance is going strong.

One such example was on Davino's birthday in 2019 when the couple was spotted packing on the PDA at TAO Chicago nightclub, per Elle. However, what truly alerted fans that Sweeney was no longer single was a loved-up beach photo from Hawaii that surfaced in November 2020.

Fans Freak Out Over Romance 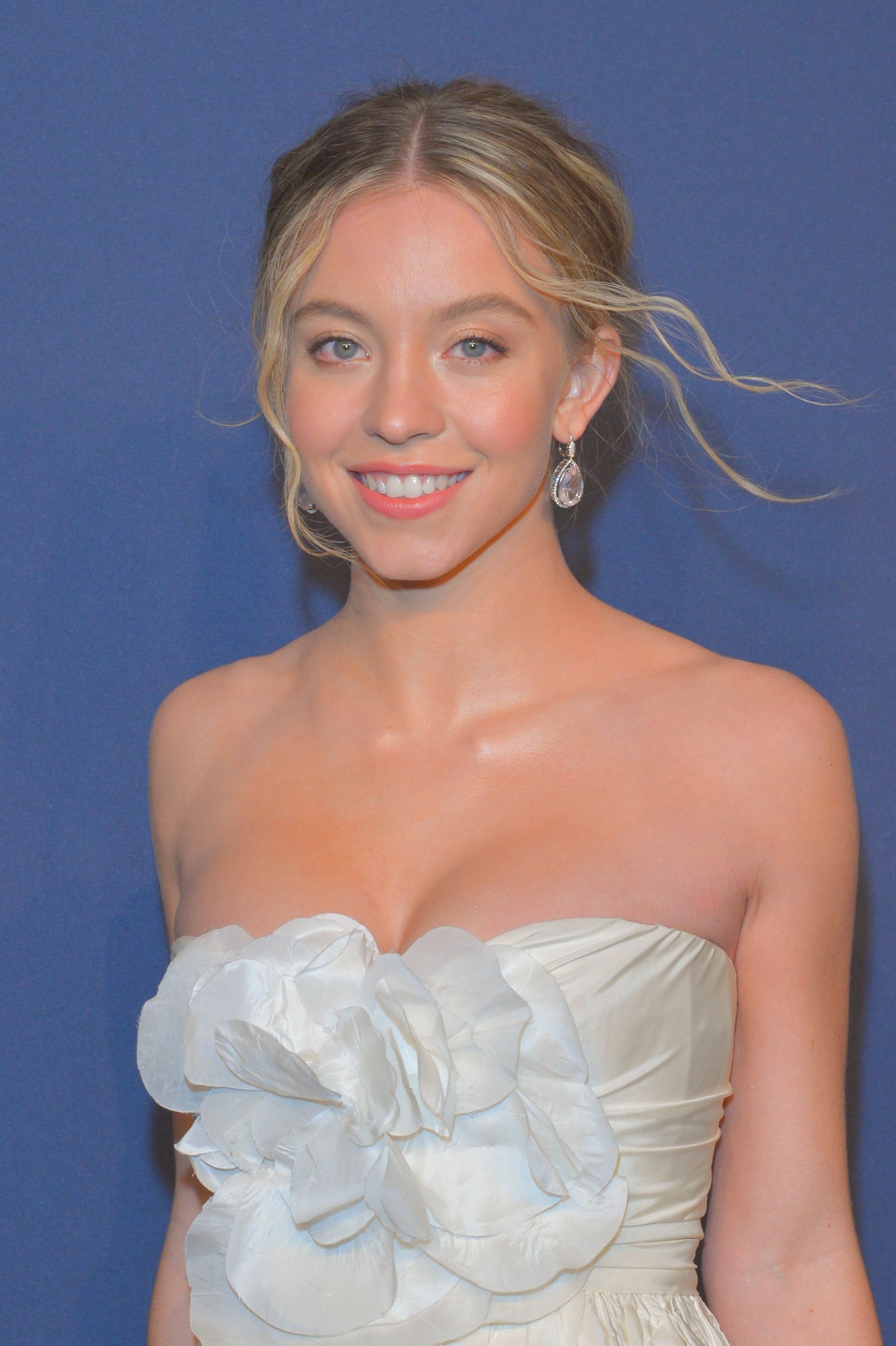 According to Just Jared, fans were broken up to learn that Sweeney was taken, with one person expressing their frustration on Twitter: "Sydney Sweeney has a man... Thanksgiving canceled."

The Netflix and HBO star had a hilarious response to keep fans guessing, tweeting a photo of herself with a girlfriend captioned "baby girl go have a feast. your girl at prom."

Her post led fans to speculate she was inconspicuously coming out as bisexual, sparking a frenzy in the comments. "so what she's saying is... I have a chance," wrote the OP, with many following suit.

"i don’t think i realised [sic] sydney sweeney isn’t straight this is the best day of my life," said another female user. 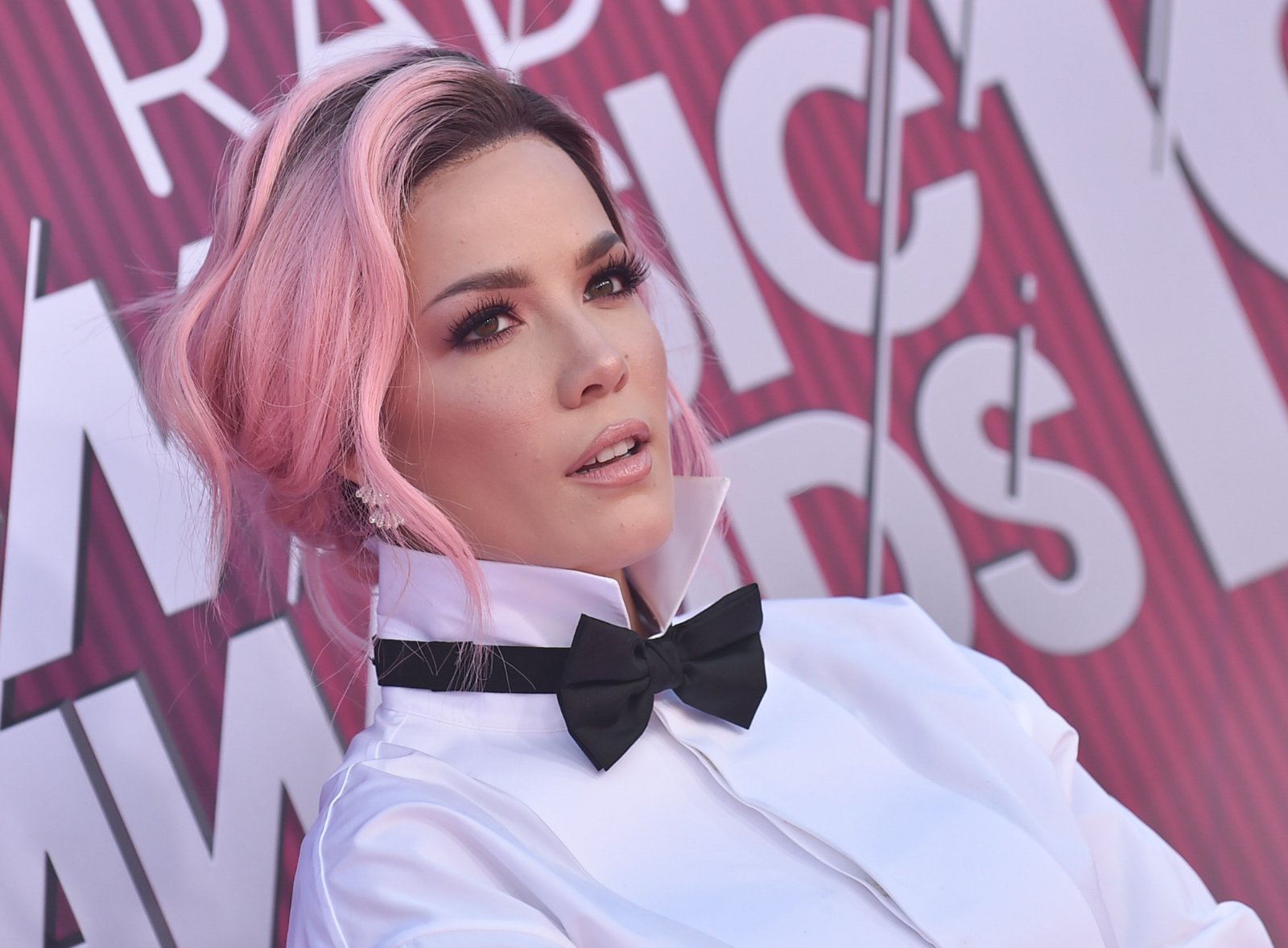 Female fans wondering if they might have a chance with Sweeney likely started getting their hopes up when the Savage X Fenty ambassador was reportedly linked to Halsey two months prior. The Player's Table co-stars, who were seen hanging out together on several occasions, sent romance rumors flying with a bikini photoshoot in September 2020, with people noting they would make a great "power couple." Check out the snaps below.

Likewise, many wondered if there was something going on between Sweeney and Teen Wolf star Diego Tinoco after a seemingly flirty comment on Instagram. Back in April 2020, the actress uploaded a pair of shots in which she rocked red shorts and a cropped tee, with Tinoco remarking "i need a new block" in a nod to his On My Block TV series. 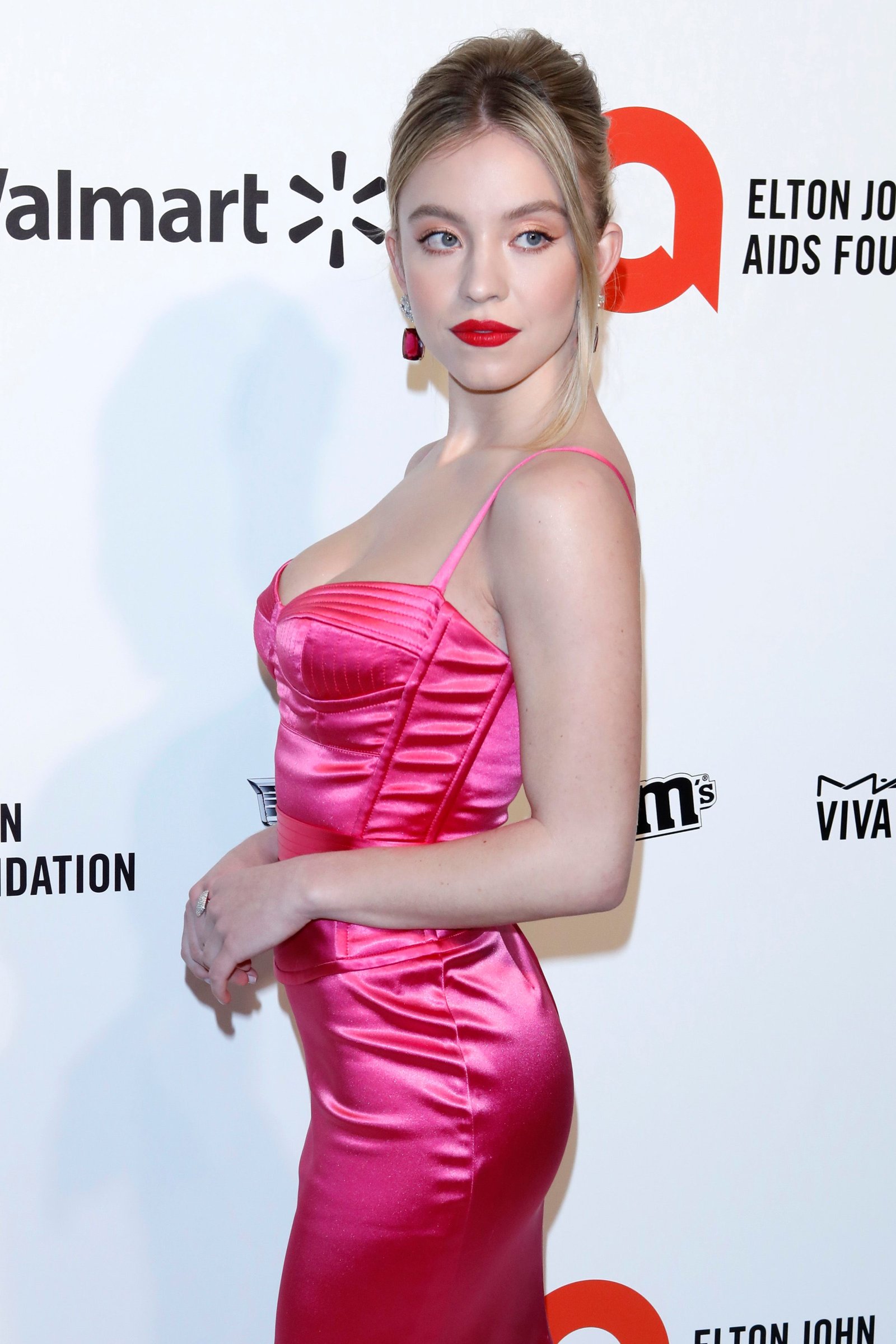 Despite the rumors, Sweeney and Davino have been enjoying a strong, happy relationship for the past three years, occasionally popping up on the paparazzi radar. Such was the case last July when the pair were photographed locking lips on a boat during an Italian getaway.

And, while The Voyeurs star is known for skimping on the details when it comes to her love life, she did mention a trip to the romantic Amalfi Coast back in 2019, telling Elite Daily she "was with a friend" who's definitely not from the industry. This prompted fans to speculate she was referring to her restauranteur beau. She also shared a glimpse of her vacay on Insta, although appearing solo in the photo, as seen below.