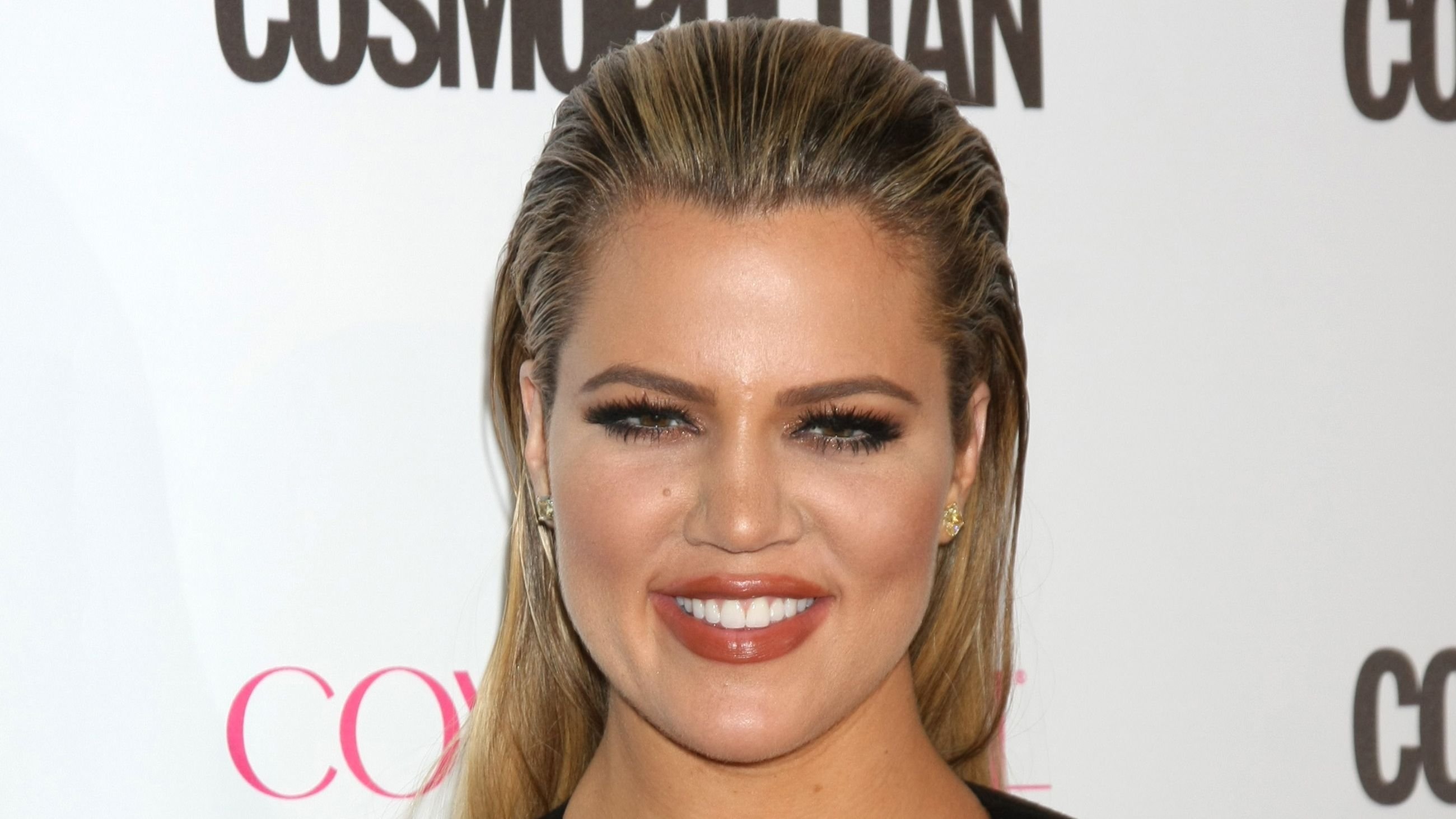 Khloe Kardashian might've captioned her sexy bikini post, "Pretend like I'm not here," but it's hard to, considering how good she looks rolling in the sand. The mother of one is currently making waves on Twitter with a clip from her new reality TV series with her family, The Kardashians on Hulu making rounds.

She also clapped back at critics who had so much to say about how she raises her daughter. Some people were unhappy seeing her carry True on the premiere day saying the four-year-old was too old for that.

Khloe's two-piece nude GOOD SWIM bikini hugged her tan skin while the sand made an imprint on her glutes down to her lower limbs. Her toned abs sunk deep as she arched her back, threw her head back, and soaked in the sun. She accessorized her outfit with gold jewelry pieces including a big hoop earring pair, a thin chain necklace, and a waist chain.

Khloe released GOOD American Swim last year as a capsule collection featuring solid colored bikinis and one-pieces. Unfortunately, it met with poor reception from the consumers who complained about its cheap fabric and poor fitting. They claimed it exposed too many private bits and wasn't worth the money. Hopefully, the next capsule collection would take all complaints into account.

The Kardashians On Hulu

The first episode of The Kardashians, Hulu aired on April 14 and like every Kardashian event, it's already gotten people chattering. During the press promo, Khloe told USA Today that she's become numb to the pain even though it never gets easier.

It showed Khloe's first reaction to hearing Tristan Thompson had yet another baby on the way. They discussed his cheating scandal from 2018 and how they planned to work through it until Tristan went and did it again and again.

Another Khloe news makings its rounds through social media is a photoshop fail. The reality TV star said, "Welllppp I f**ked this one up. Anyways….. let’s focus on something else 😂 Our show airs in a few days," when fans caught her in the act. She replaced Stormi's picture at Disneyland with True's image lying that the 4-year-old visited Disneyland to celebrate her birthday.

It clearly doesn't make any sense that Khloe did that but she offered no explanation only deflecting from the issue.