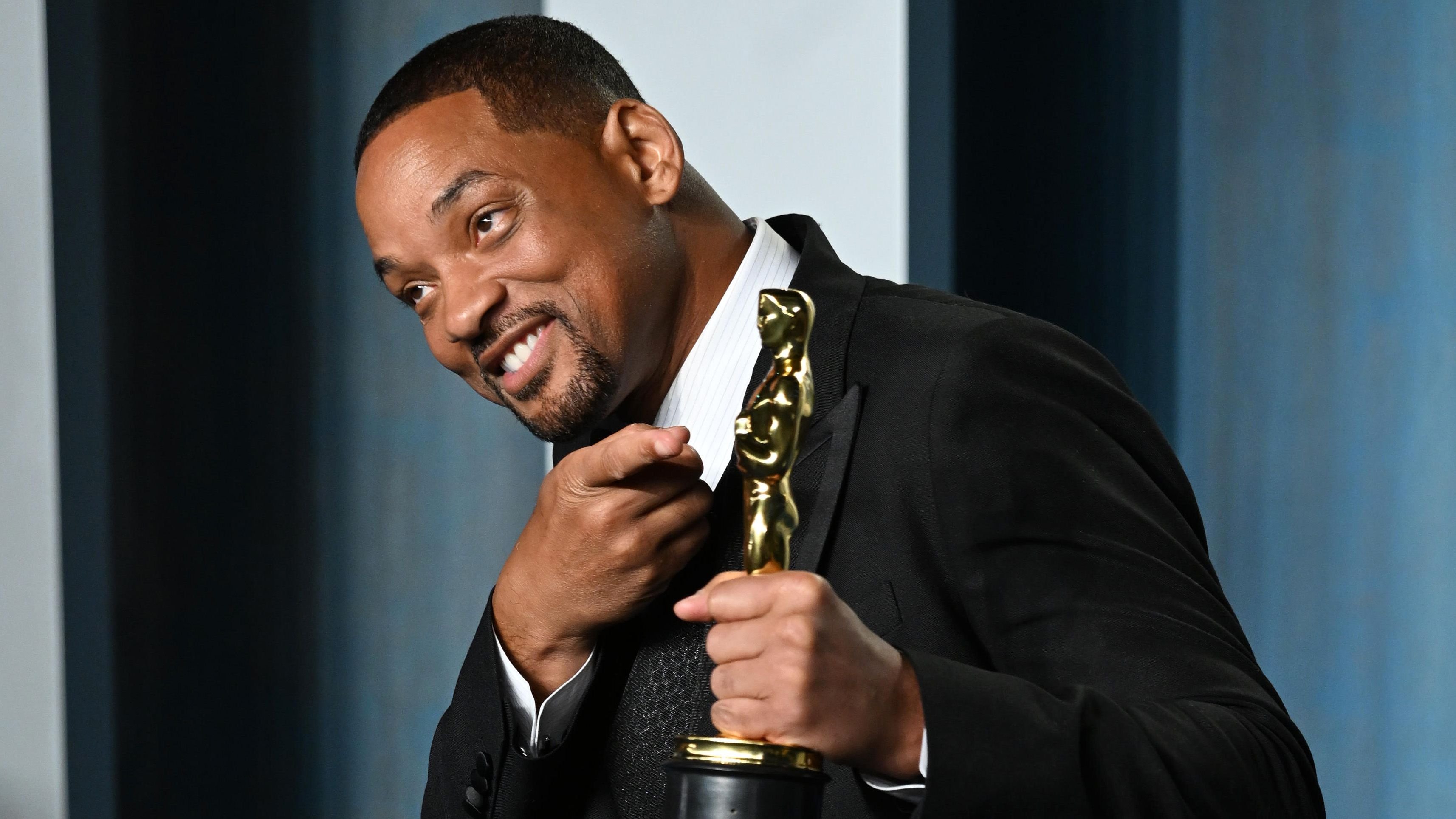 Men's Fashion is one of the most underrated segments of the Oscars night, but Will Smith's jaw-dropping moment ensured we remember his Dolce & Gabbana three-piece tuxedo forever. Even though unexpected things happen all the time, no one could've predicted Will Smith's and Chris Rock's face-off would top the La La Land scandal from 2017. 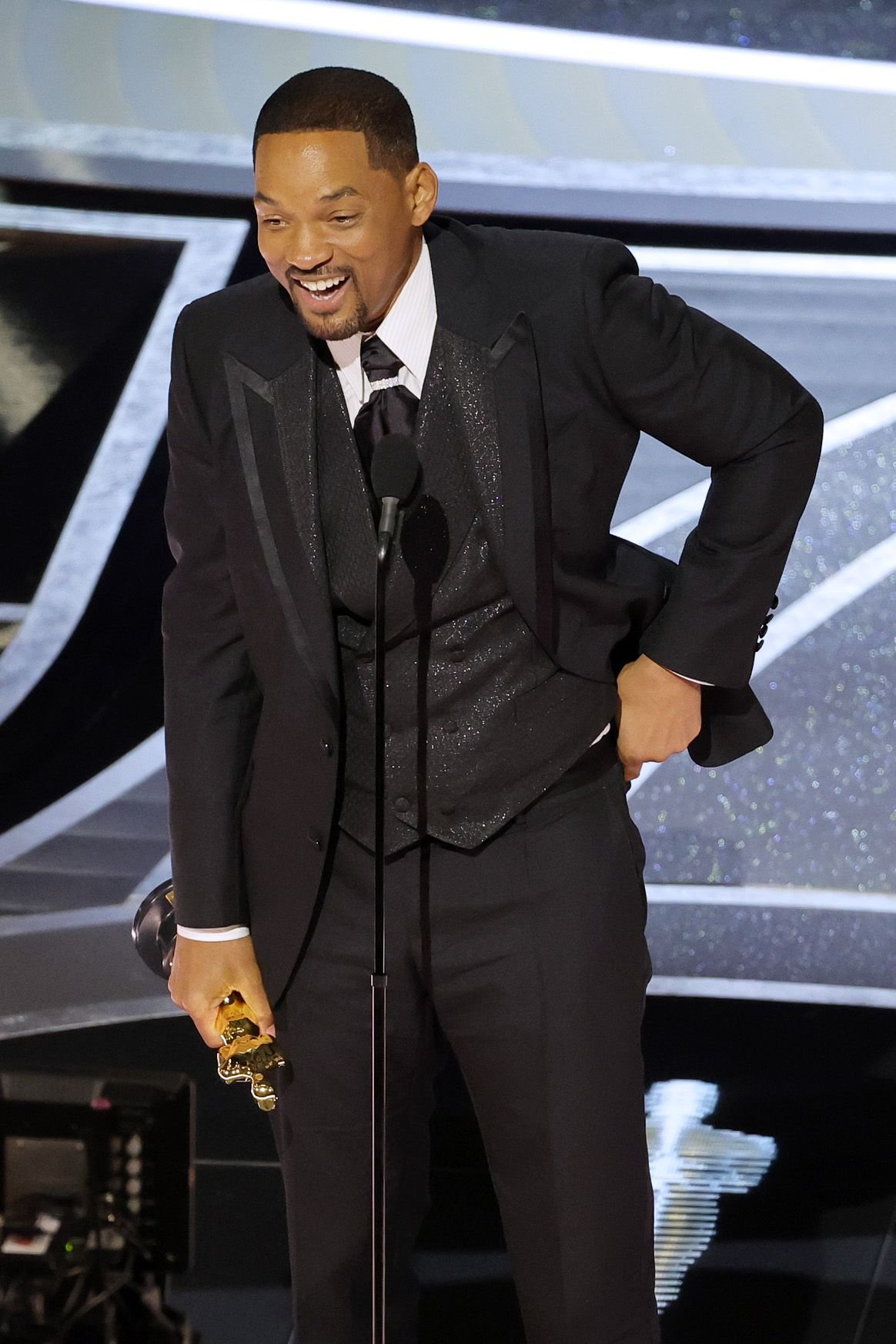 Will Smith wore a classic three-piece black tuxedo with diamond-encrusted lapels from Dolce & Gabbana. He paired his suit with a white collared shirt and black silk tie. All seemed well when he entered the Dolby center with his wife Jada Pinkett Smith in Jean Paul Gaultier until the event started. Almost every comedian on stage took a dig at the couple whose Open Marriage went public about two years ago. First, it was Regina Hall joking about taking Will backstage for a mouth-to-mouth COVID test involving sticking her tongue in the actor's mouth. Then, Chris Rock entered the chat, and all hell broke loose. 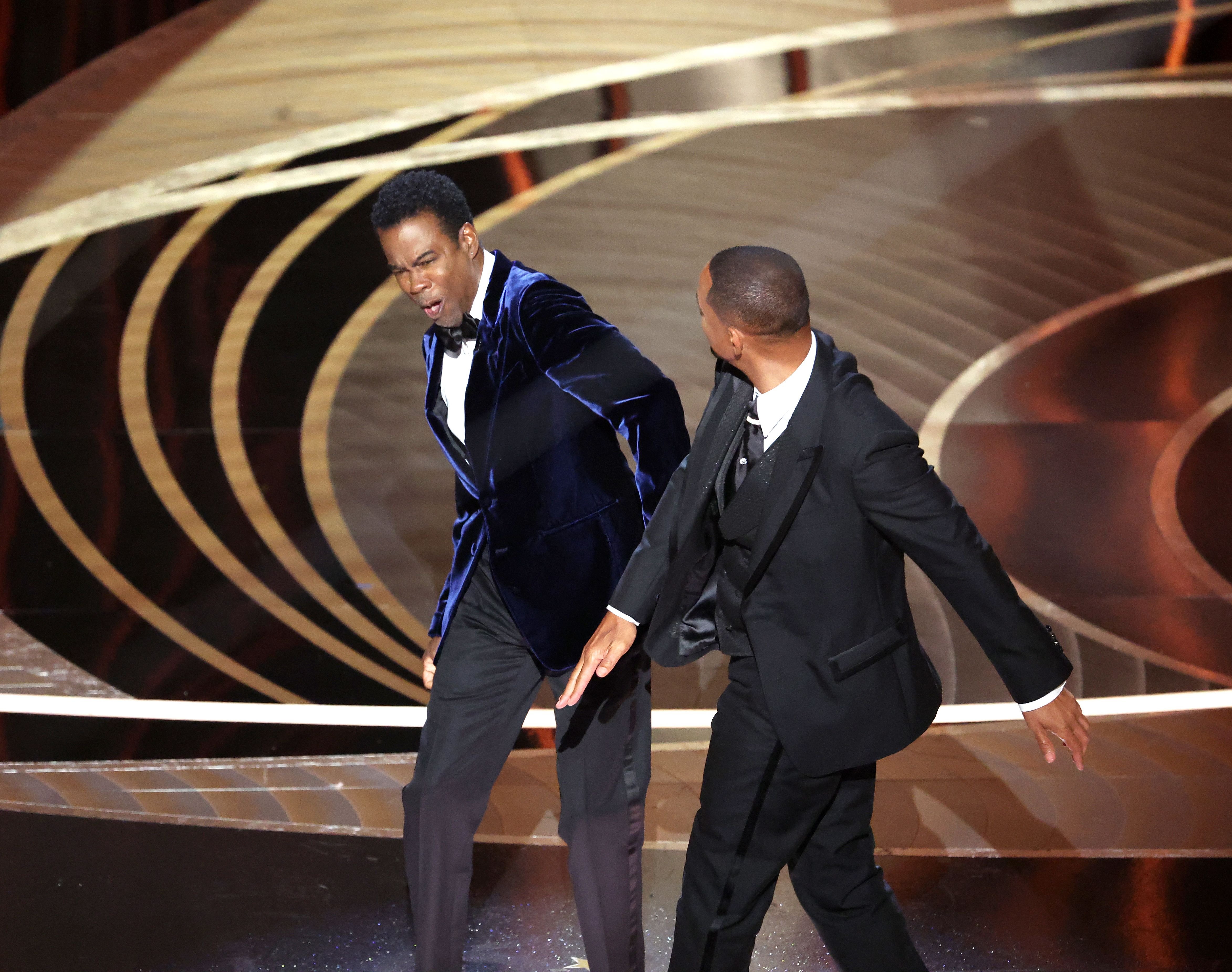 Earlier this year, Jada announced that she suffered from severe alopecia (hair loss), so she shaved her head to avoid the stress of growing it back. Knowing that Chris Rock got on stage and joked about her featuring in G.I. Jane II - an allusion to Demi Moore's character shaving her head. While the situation may look similar, the difference is that Demi's character went bald by choice, unlike Jada, who's forced to by condition.

Why Will Slapped Chris 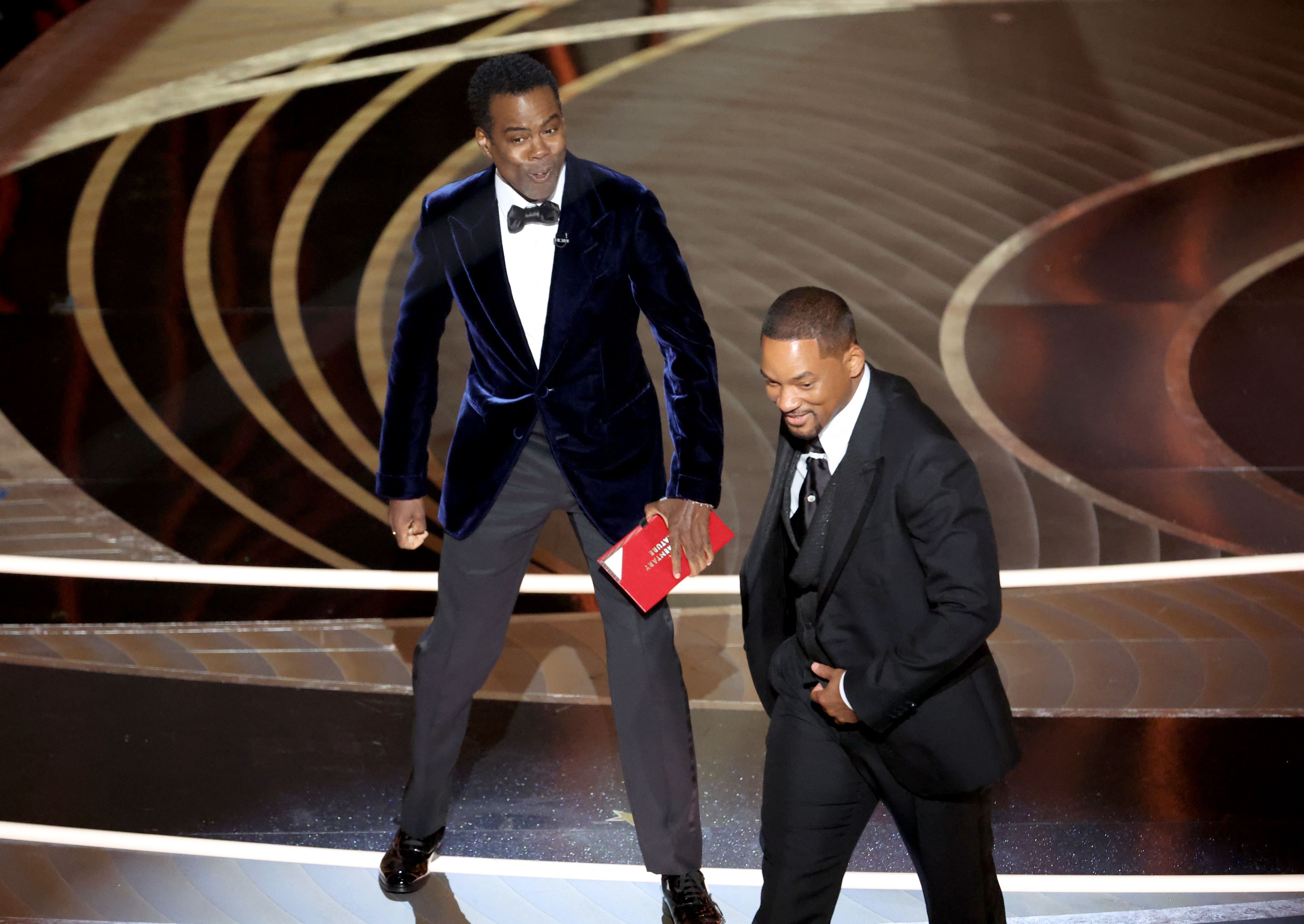 Here's where it gets spicier. Will laughed at the joke when it was told but changed his reaction when he realized his wife wasn't feeling it. He got up, sauntered toward Chris Rock, and slapped the sh*t out of him. Then, he calmly returned to his seat and yelled at the comedian to "Keep my wife's name out of your f*cking mouth!"

Some people felt he went too far while others didn't as they brought up receipts of Chris Rock targeting Jada as the butt of his jokes when he hosted the Oscars in 2016. He said,

The actress was upset her husband didn't get his supposedly deserved nomination for his role in Concussion. 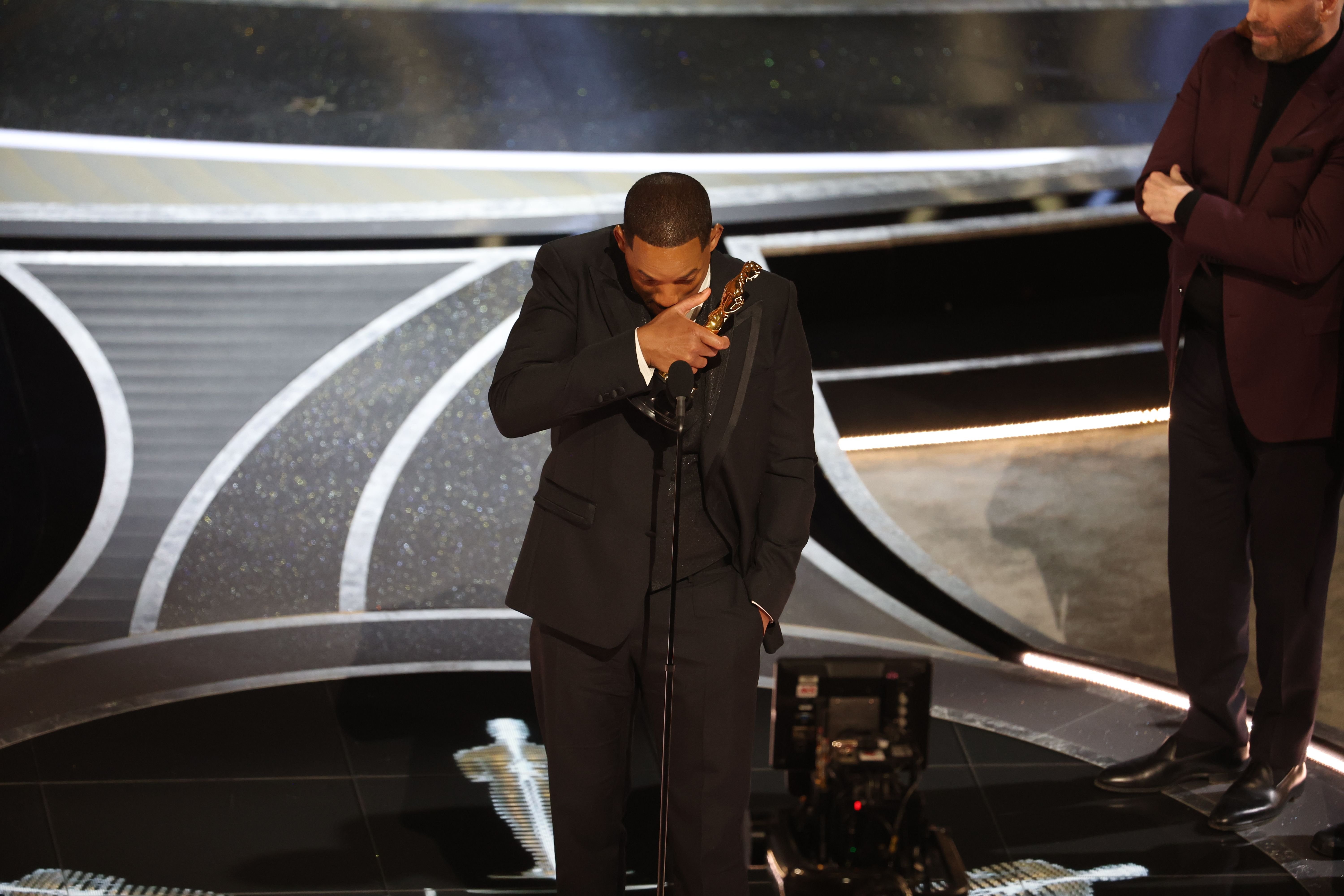 Will apologized during his acceptance speech after he won his first Oscars 20 minutes later.