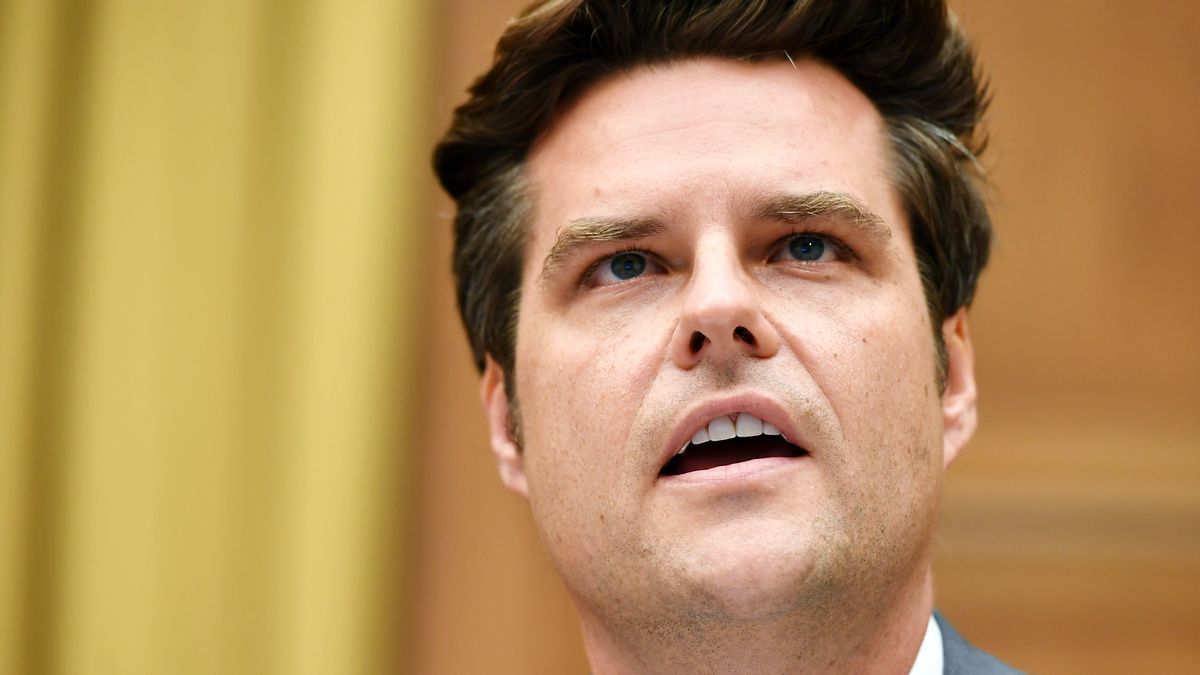 Wu made the comment during a recent appearance on CNN.

"It's very, very risky, and I, frankly, think it would prevent him from ever being able to testify on his own behalf," he said.

Gaetz said he isn't "too worried" about Greenberg because he is "literally sitting in jail right now."

The sex trafficking probe is examining Gaetz's possible role, and Wu noted that Greenberg could be the one to tie him to crimes.

"He's been saying so many things publicly about his alleged defense and that's posturing, saying he's not afraid of Greenberg because Greenberg's sitting in jail," he said.

"That's exactly why he should be afraid of Greenberg because he's sitting in jail and has high motivation to give up evidence against Gaetz." Wu claimed that there is evidence to support Greenberg, which could sink Gaetz.

"There's evidence that will corroborate what he says and, of course, most importantly, any of these women, particularly the 17-year-old child's victim, if they testify, that's going to be devastating for Gaetz because he has no defense to having sex with an underage child."

As The Inquisitr reported, Greenberg recently flipped in the sex crimes probe that is examining Gaetz.

Still, the Florida congressman has yet to face charges.

The Nature Of Greenberg's Plea Deal Is Unclear

According to The Washington Post, the nature of Greenberg's plea deal is still not clear.

Fritz Scheller, Greenberg’s defense attorney, has hinted that the deal could be harmful to Gaetz. However, he declined to reveal how the agreement would affect Gaetz and did not reveal how many times his client has met with investigators.

“To paraphrase The Matrix, the plea agreement has a path, Mr. Greenberg just has to walk the path,” Scheller said of the deal, referring to the popular movie by the Wachowskis.

Gaetz's Ex-Girlfriend Is Cooperating With Authorities

The outlet cited sources familiar with the matter who claim that the former Capitol Hill staffer could help investigators better understand hundreds of financial transactions that include payments allegedly made for sex.

The woman has reportedly been linked to Gaetz as early as the summer of 2017. This time period is of particular interest to investigators looking into Gaetz's alleged involvement in sex trafficking.

The news came just days after Greenberg entered into his plea agreement.