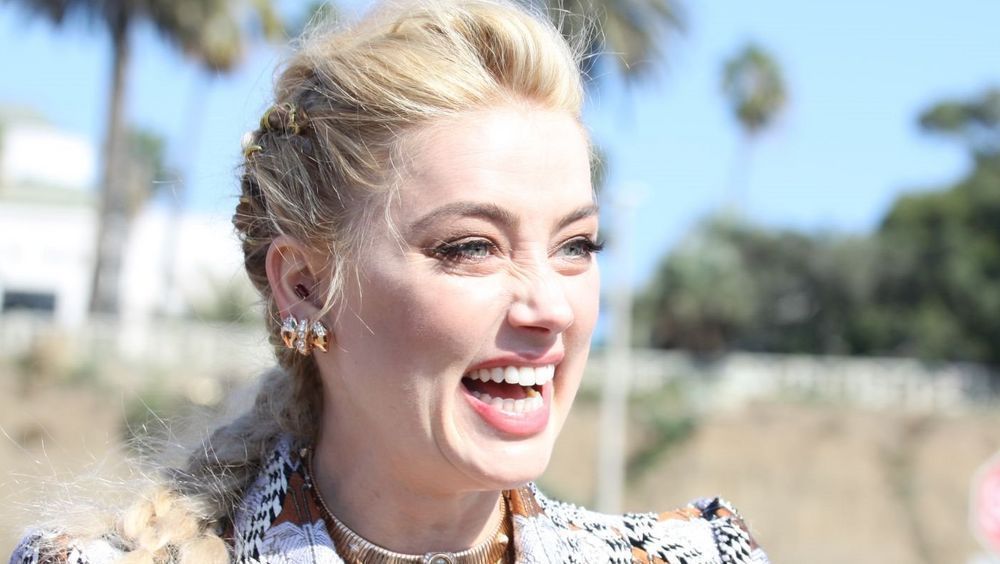 Amber Heard is dripping sweat and dangling from suspended hoops in the gym to bulk up her muscles for upcoming movie Aquaman 2. The 34-year-old actress, last year seeing over 2 million petition for her to be axed from the superhero franchise, is having the last laugh as she confirms she's 100% in the flick. Amber will return for her Mera role, and her weekend Instagram update showed she's hardly sitting around stuffing her face with Pringles as the 2022 movie gets rolling.

Scroll for the photo, one shared to Amber's Instagram but not without precautions. Following 2020-leaked audio seeing the Texan admit to "hitting" ex Johnny Depp with "pots and pans," Amber heavily limited or straight-up disabled comments to her social media.

The photo, a hardcore one, showed the Texan in black leggings, a Nike sports bra, and matching black sneakers as she rested both feet against a gym bench while using her ripped arms to hold herself up amid circular and suspended hoops.

Taking to her caption, Amber wrote: "Alexa, play "P-ssy Talk" by City Girls," with a #workoutsongs also used as Amber shouted out the DC movie via a hashtag. Comments to this post were fully disabled, although likes did come in. Over 160,000 have been left.

"I'm super excited about the amount of fan love and the amount of fan appreciation that 'Aquaman' has acquired and that it has garnered so much excitement for Aquaman and Mera that it means we'll be coming back," Heard stated last year. See more photos after the snap!

Amber continues to make headlines for what's turning out to be one of Hollywood's messiest and most high-profile divorces. With allegations of violence flying both ways as Amber's split from 57-year-old Johnny Depp gains momentum, it's been ugly for both parties, with Amber this year taking digs at her ex by posting old photos of her bruised face - Amber claims Depp was physically violent towards her.

Amber, who penned a 2018 Washington Post Op-Ed claiming she was a victim of domestic violence, has also opened up on the backlash.

"Friends and advisers told me I would never again work as an actress — that I would be blacklisted," Amber stated in her Op-Ed. "A movie I was attached to recast my role. I had just shot a two-year campaign as the face of a global fashion brand, and the company dropped me.”

Amber made her DC Universe debut in 2017 with movie Justice League. The star continues to see fans of Depp wanting her axed, with the star recently revealing she's gotten herself a Kindle for the upcoming movie.