Madison Pettis Has 'Wants And Needs' In Sheer Undies 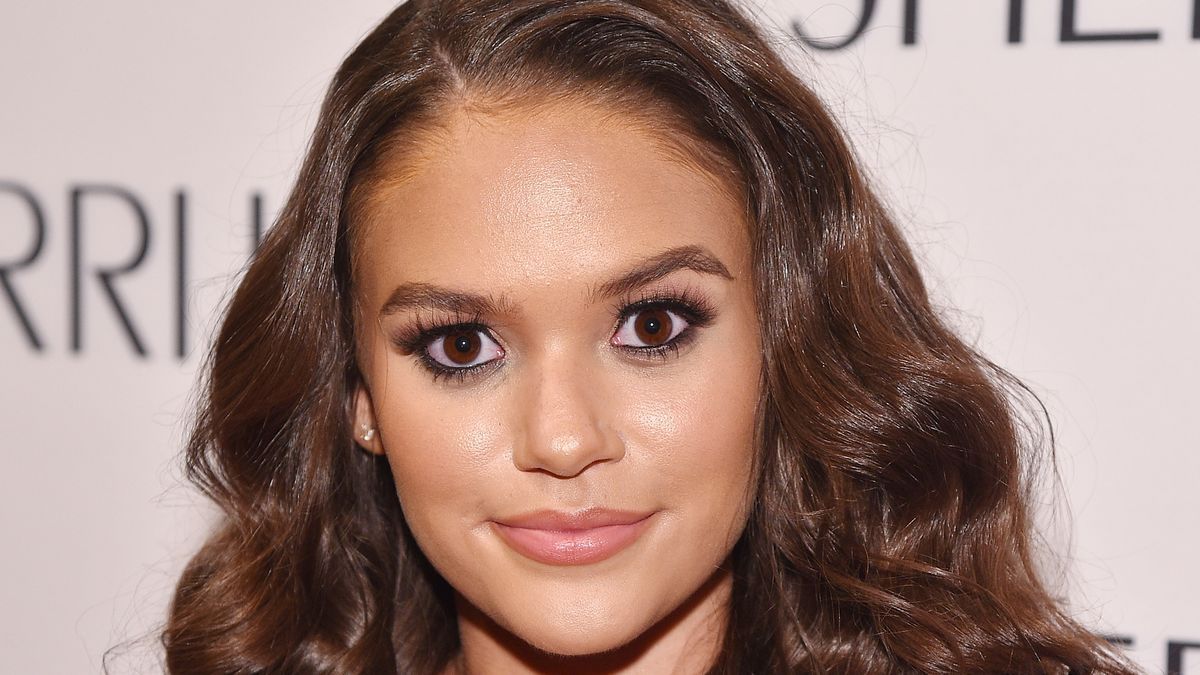 Madison Pettis left her Instagram followers wanting more after posing in pretty panties and informing them that she has some undisclosed "Wants and Needs." She mentioned her desires while showing off one of the lingerie sets from the Savage x Fenty spring collection. The 22-year-old brunette bombshell, who rose to fame starring alongside Dwayne "The Rock" Johnson in The Game Plan, hung out inside a bedroom to help Rihanna sell her sexy intimate apparel. Her pics were a hit with another former child star.

Scroll on down to see the sultry snapshots. Madison modeled her dainty delicates in her capacity as a brand ambassador for Savage x Fenty. Her followers have seen her wear many different looks from the label, but they never seem to tire of her alluring lingerie pics.

Madison's latest ensemble helped her online audience get in the spirit of the spring season. The set included a black sheer bra with multicolored floral embroidery that had a retro design. The top featured a keyhole detail and underwire cups.

Madison's photos were taken inside bedroom, where she stood near the end of a canopy bed. In her first photo, she turned sideways and angled her peachy booty toward the camera to show off the see-through back of her matching panties. Her bottoms boasted their own colorful floral accents and a pattern of small polka dots on the seat. A small lace-up detail was an additional tantalizing touch.

Madison balanced on her right foot with her left leg lifted up, flamingo-style. Her brunette hair spilled down her back in sinuous curls. She shot a provocative look back at the camera over her shoulder.

Admired By A 'Modern Family' Star

Madison's second snapshot saw her facing the camera with one arm lifted up over her head. In the last pic, she lounged on a gray velvet couch.

Many of Madison's IG followers just can't get over how much she's grown up since her days appearing on the Disney Channel series Cory in the House, and some of them seemed to find it amusing that another former child star commented on her post.

"Calm down, Manny!" read a reply to his wordless message.

What's Next For Madison

One of Madison's most recent projects was the raunchy female-centered comedy American Pie Presents: Girls' Rules. However, her next movie might appeal to an even bigger audience, including those who watched the original American Pie when it hit theaters in 1999.

As reported by Digital Spy, Madison will costar alongside one of this generation's biggest celebs, TikTok sensation Addison Rae, in He's All That, a gender-swapped remake of the 1999 teen rom-com She's All That. According to Deadline, Madison's character will be similar to the popular sleazeball portrayed by the late Paul Walker in the original movie. This means she'll be playing a close pal of Addison's character Padget, an influencer who takes on the challenge of turning the school's "biggest loser," Cameron (Cobra Kai's Tanner Buchanan), into prom king material. The film will premiere on Netflix later this year.