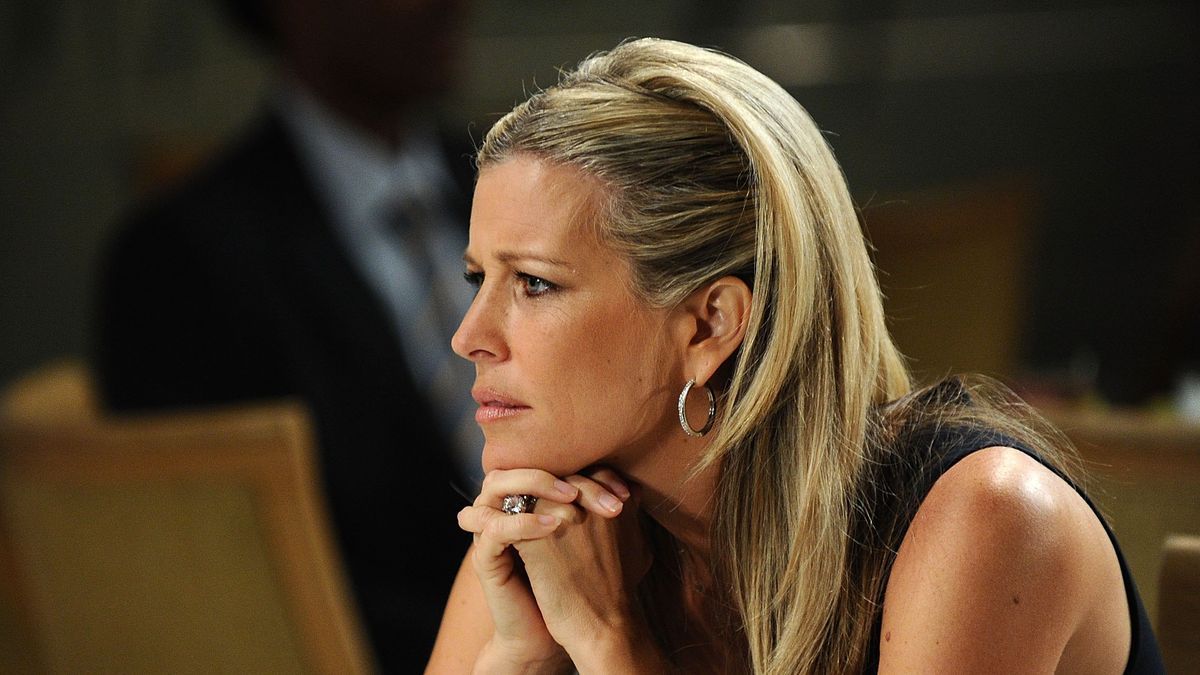 Friday's episode of General Hospital will showcase an intense confrontation involving Elizabeth and Carly, according to the latest spoilers. Elizabeth is convinced that Jason was the one who shot and killed Franco. However, Carly's not having it, and she'll push Liz over it during the March 19 show.

As General Hospital viewers know, Carly is right that Jason didn't kill Franco. Now, she'll seemingly take matters into her own hands and initiate a conversation with Elizabeth with the intention of changing her mind.

The Twitter sneak peek for Friday's episode of General Hospital shares a snippet of what's ahead.

Carly will be emotional as she pleads with Elizabeth. She'll ask Liz why she's so sure that Jason is guilty, seemingly hoping to gain some understanding.

In reality, Elizabeth doesn't know for a fact what Jason did and General Hospital viewers know that Peter was the one who shot Franco. However, Liz probably won't be backing down from her belief on this anytime soon.

"Sounds to me like you could use a friend." #GH pic.twitter.com/wJ3Z08qaQS

The Two Women Have Words

According to SheKnows Soaps, this conversation will have both women sharing their thoughts. Will any resolution come out of this confrontation?

At this point, Elizabeth believes Jason is guilty in large part because he was at the scene of the shooting when she arrived. In addition, Elizabeth knows that Franco had asked Jason to kill him if his tumor prompted the return of his old dangerous ways.

That all adds up, in Liz's mind, to believe that it was Jason who shot her husband.

Even if Carly could convince Elizabeth that she's wrong about Jason, the case against him is gathering steam.

As General Hospital viewers learned on Thursday, a supposed witness watched Jason throw the gun he used down the garbage chute. Gladys, Brando's mother, claims she was staying in a rental overlooking the scene and saw Jason do this.

This is, of course, fabricated on her part. However, Jordan doesn't know that and at this point, Jason and his allies don't know of Gladys' claims.

General Hospital spoilers detail that on Monday, Carly will do something major that leaves her defending her choices. Soon after that, Carly will reach out to Diane, surely in regard to Jason's case. In addition, Elizabeth will lean on Finn.

Jason already suspects that Peter was the one who shot Franco, but he may have a tough time proving it. General Hospital spoilers suggest this will be an intense situation in the coming days and fans won't want to miss what's next.