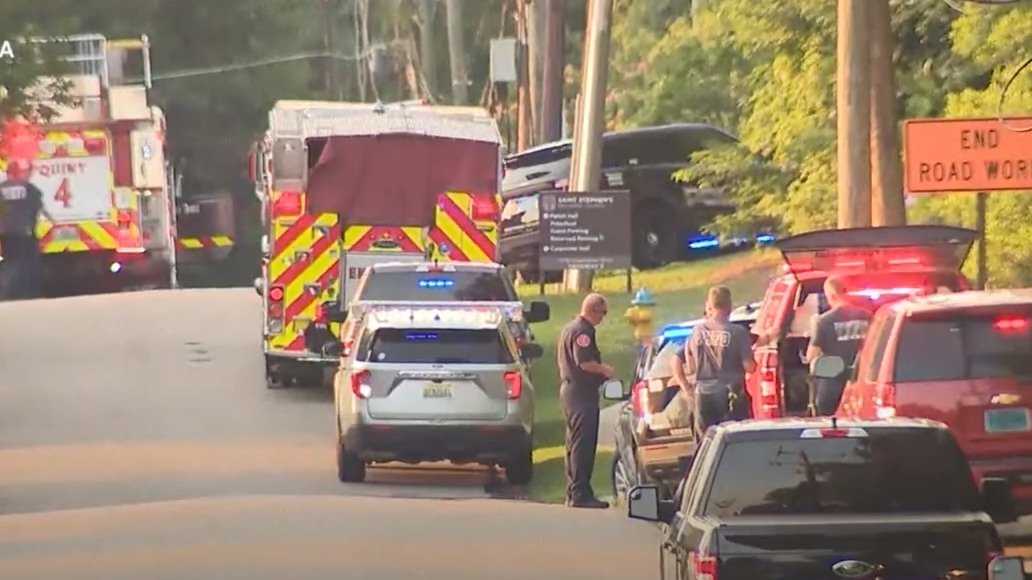 Police said a shooting that broke out inside an Alabama church on Thursday could have been worse had it not been for the quick actions of a "hero" who was attending a potluck dinner and subdued the gunman.

Two Were Killed And Another Hurt When The Shooting Broke Out

Two members of the church were killed, and a third was wounded, police said Friday during a press conference. Police have the suspect in custody.

Police Capt. Shane Ware did not name the shooter but said he is a 71-year-old white man who occasionally attended services at the St. Stephen's Episcopal Church in the Birmingham suburb of Vestavia Hills.

Prosecutors planned to issue charges of capital murder against him, Ware said.

Police Say A Person At The Dinner Subdued The Gunman Until Police Arrived, Saving Lives

Police said in a statement that the shooter pulled a gun and opened fire during the dinner, a "Boomers Potluck" gathering attended by other church members.

Emergency dispatchers got a call at around 6:20 p.m. Thursday reporting an active shooter at the church.

Ware said a person in the room who police did not identify stepped in, restrained the suspect, and held him until police arrived.

Ware called the man a "hero" and said his actions were "extremely critical in saving lives."

Police Look Into The Motive Of The Shooting

Investigators are still looking into the motive for the shooting and whether the suspect had any previous interactions with law enforcement.

"The suspect is currently in custody at the Vestavia Hills Police Department and will remain there while warrants for Capital Murder are issued by the Jefferson County District Attorney's Office later today," police said in a statement. "The suspect acted alone; there is no threat to the community."

Vestavia Hills Mayor Ashley Curry praised the police response and said officers "handled this crisis in an exemplary manner." He said his "close-knit, resilient, loving community" of 39,000 had been rocked by "this senseless act of violence."

The shooting is the latest incident of gun violence to make national headlines following several deadly attacks, including on an elementary school in Texas.