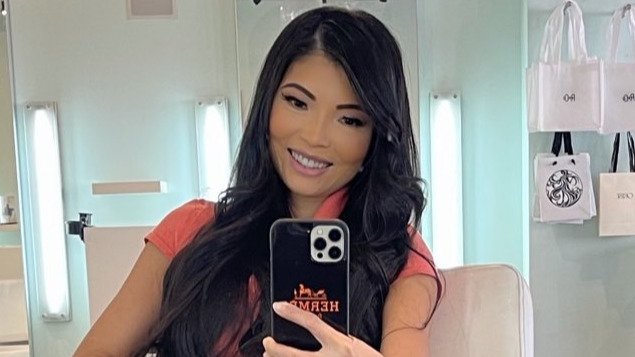 Jennie Nguyen was fired by Bravo earlier this week for sharing a series of offensive and seemingly anti-Black posts on Facebook just under two years ago, prior to the day she was cast on The Real Housewives of Salt Lake City.

Although Nguyen immediately offered an apology to her fans and followers on social media after her 2020 posts re-surfaced, she's not done talking about them. And, in a post shared on Twitter and Instagram on Tuesday, she vowed to "speak [her] truth."

In her January 25 message to her fans and followers on both her Twitter page and her Instagram Story, Nguyen said that at some point in the day on Wednesday, she would be breaking her silence (aside from her initial apology) and sharing more details in regard to her past posts and likely, how she feels about them today.

"I will be finally speaking my truth tomorrow now that I am allowed to. I will be taking questions after! Thank you to who all supports me!" she wrote to her online audience.

On January 19, Nguyen took to her Instagram page, where she offered an apology.

“I want to acknowledge and apologize for my deleted Facebook posts from 2020 that resurfaced today. At the time, I thought I was speaking out against violence, but I have since learned how offensive and hurtful my words were. It’s why I deactivated that account more than a year ago and why I continue to try to learn about perspectives different from my own. I regret those posts and am sincerely sorry for the pain they have caused,” Nguyen wrote at the time.

Not Everyone is Interested in What Jennie Nguyen Has to Say

After Nguyen posted her message about speaking her truth on Twitter, she was bombarded by fans, many of whom said she couldn't possibly dig herself out of the whole where's found herself following her racism scandal on Facebook.

"No one and I mean no one wants to hear your 'truth,'" one person noted. "We already know how you act in the public eye vs behind closed doors."

Nguyen and her cast mates are currently featured on the season season of The Real Housewives of Salt Lake City, which airs on Sunday nights at 9/8c on Bravo.

Following the sophomore season of the reality show, viewers will be treated to a reunion special, which is expected to air in either two or three parts.