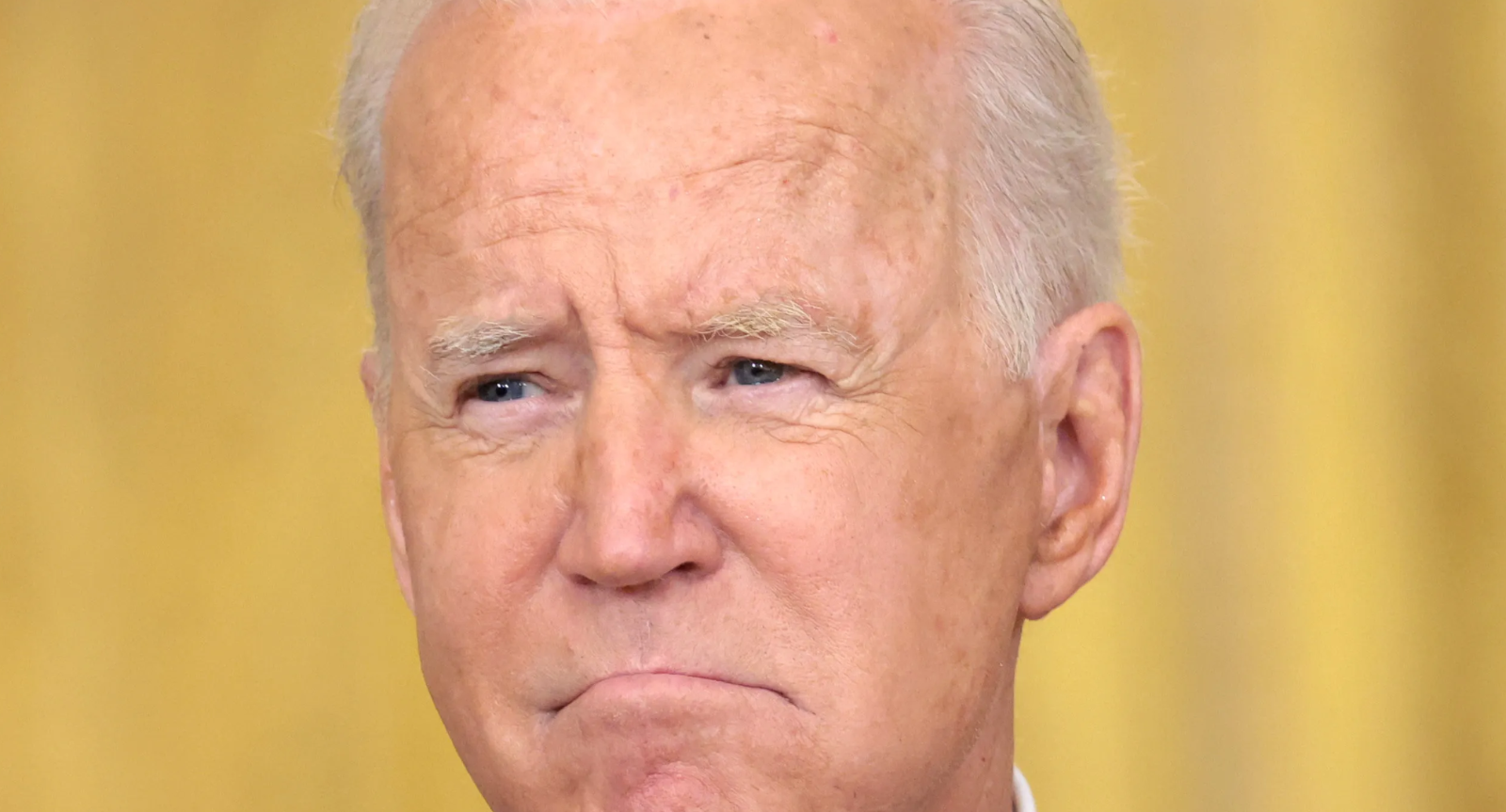 President Joe Biden's approval rating held remarkably steady for months, even as he continued to face criticism and attacks from Republicans.

Biden's handling of the U.S. withdrawal from Afghanistan has attracted scrutiny as well, with politicians on both sides of the aisle slamming the administration for allegedly failing to evacuate Americans and American allies on time.

The press has not been too kind to the president either, painting his decision to withdraw the troops as controversial and deeply misguided.

All of this has had an impact on Biden's approval rating.

A new USA Today/Suffolk University poll that was released on Tuesday suggests that Biden's approval rating is cratering.

Fifty-five percent of respondents in the poll said they disapprove of the job Biden is doing as president, while 41 percent said they approve.

Though Biden still enjoys strong support among Democrats -- 87 percent said they approve of his job performance -- he is losing independent voters, 32 percent of which said that he is doing a good job as commander-in-chief.

Fifty percent of respondents in the survey said they approve of the way Biden has handled the coronavirus pandemic, while 39 percent approved of his handling of the economy.

Meanwhile, just 26 percent of respondents said they approve of the way Biden is handling the Afghan withdrawal.

According to director of the Suffolk Political Research Center David Paleologos, this should be a major red flag for Biden's team.

"Today, President Biden's overall approval has taken a turn for the worse due to his awful job performance rating on Afghanistan. His approval on immigration and the economy are also upside down. The only issue keeping him remotely in the game is his handling of the COVID-19 pandemic, where he is barely at 50 percent."

Though most Americans support Biden's decision to exit Afghanistan, 62 percent disapprove of the way his administration has handled the withdrawal.

Nonetheless, few blame Biden himself for the war in Afghanistan, and 60 percent said they think the conflict was not "worth it."

Just seven percent of respondents in the poll identified Biden as the most responsible president for the war, while 15 percent placed the blame on former President Barack Obama.

An overwhelming majority, 62 percent, put the responsibility on former President George W. Bush, who launched the Afghanistan invasion in 2001.

Other polls paint a similar picture, suggesting that the American public is deeply disappointed in the way Biden has ended America's longest war.

As reported by Politico, polls from CBS News and NBC News suggest that Biden's approval rating is hovering at around 50 percent.

Still, Biden remains far more popular than former President Donald Trump, who seldom came close to having half of Americans approve of his performance in the White House.