CrossFit Athlete Brooke Ence Does 'Instagram Vs Reality' In Bikini 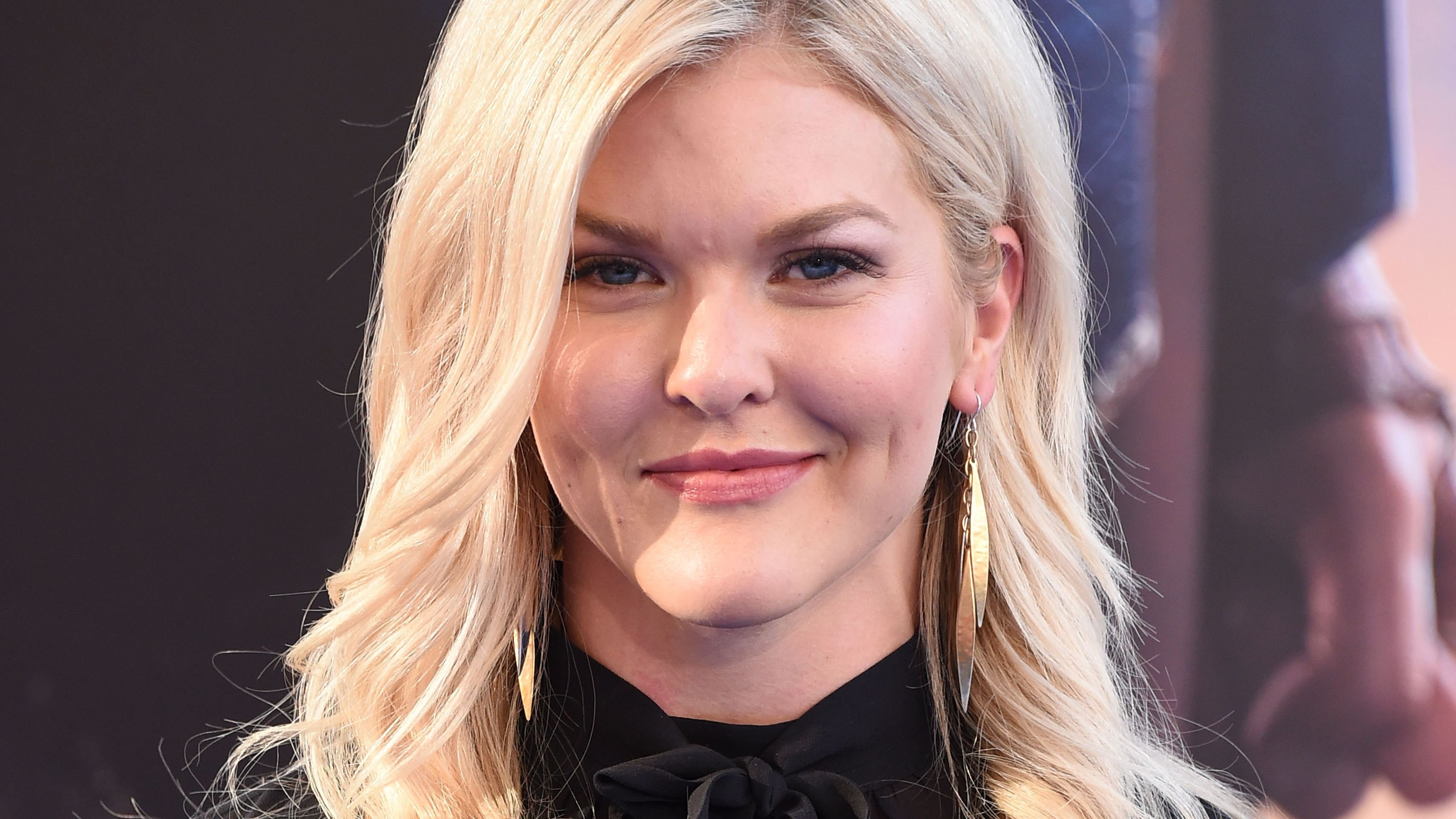 Brooke Ence is jumping in on the "Instagram vs Reality" trend, and it's everything you ever hoped it would be. Stripping down to a tiny bikini to show off her six-pack abs and defined quads, the 32-year-old CrossFit veteran snapped a mirror selfie showcasing her athletic body in a studied pose. She then included a candid beach snap wherein she let her goofy personality shine through, with fans gushing over both images in equal share.

For her first picture taken in the bathroom, Ence was beach-ready with trendy aviator sunglasses and a messy bun. She wore a dark-blue bikini top with a plunging neckline and spaghetti straps going around her neck.

Going mismatched in white high-cut bottoms with a scooped waistline that exposed her firm stomach, she slipped a long beige shirt on top, leaving it completely unbuttoned to show off her swimsuit. The baggy number was trimmed with thick fringes flowing all the way down to her mid-thigh.

Maintaining a perfect posture, Ence flexed her knee and rested her arched foot on her shin. She accentuated her taut midriff with a hand strategically placed on her waist, subtly pursing her lips as she took the shot.

The second slide came with a different aesthetic, but no less personality, portraying her with slouched shoulders and her eyes closed in a funnily wrinkled expression. Adding a pair of frayed denim shorts to the original outfit, she was barefoot on the beach, standing next to a bunch of fold-out chairs with a striped towel hanging from her fingers.

Instead of her messy-chic up-do, she sported a braided ponytail that brushed over her shoulder. A large crowd was seen enjoying the sand in the backdrop, which also showed beach villas next to a rocky outcrop.

Her goofy personality transpired in the caption as well, with Ence confessing that was her second try at the upload after deleting the first attempt because she forgot to "post my reality."

"Ok, HERE is my stab at an 'INSTAGRAM vs REALITY' post," she wrote, adding a "hotgirlbummer" hashtag.

The athlete, whose ripped body earned her a role alongside Gal Gadot in Wonder Woman and Justice League, also made a nod at her eating habits, writing "Nutrition brought to you by @trifecta" next to a broccoli, steak, and potato emoji.

Ence is one of the many CrossFit athletes collaborating with the food delivery service. According to the Trifecta website, her meal plan includes 160 g protein, 205 carbs, and 55 g fat a day. The athlete uses the WAG nutrition coach platform to adjust her macro intake based on her activities.

"For breakfast, Brooke gets tons of protein from bacon and eggs. Plus some carbs from oatmeal and fiber from veggies," notes the website. "At lunch, Brooke mixes up her protein with Trifecta chicken or steak. She also adds in healthy carbs with a side of brown rice."

Breaking down her "strategically timed" snacks, the platform lists non-fat Greek yogurt, protein bars, and shakes, as well as "favorite cereal" among her choices. As for dinner, "Brooke packs in nutrients with veggies like squash and asparagus. Plus grilled chicken for protein and sweet potato for carbs."