A barrier separates visitors and lions at New York's Bronx Zoo, but it didn't stop one woman from jumping in the enclosure.

Wearing a blonde wig and holding a bouquet of roses, the woman danced, shouted at the lions, and threw $100 dollar bills in the air, according to video footage that went viral on social media and can be viewed below.

More on this bizarre story below.

In the video footage, the woman is seen dancing and enjoying herself, seemingly standing close to the lions.

"I missed him so much!" the woman says excitedly.

"King, I love you!" she adds in the video clip, and then proceeds to dance.

At one point, she throws what appear to be $100 bills in the air, dances some more, then bends over and smacks her behind in the direction of the lion.

The video is available on Inside Edition's YouTube channel and can be viewed below.

In a statement supplied to The New York Post, the Bronx Zoo said that it is "working closely" with the New York Police Department (NYPD).

"This situation involves one individual who is determined to harass our lions with no regard for her safety, or the safety of our staff and our guests, and no regard for the well-being of the lions," the zoo said.

"The woman did not enter the exhibit and was never in the same space as the lions which are separated from zoo visitors by a wide moat," they noted.

A similar incident took place in 2019.

A woman who was later identified as Myah Autry climbed into a lion enclosure, stood just feet away from one of the animals, and appeared to taunt it.

"This action was a serious violation and unlawful trespass that could have resulted in serious injury or death. Barriers and rules are in place to keep both visitors, staff and animals safe. We have a zero tolerance policy on trespass and violation of barriers," the Bronx Zoo said at the time, per NBC News.

This indecent was also recorded by several witnesses.

Who Is Myah Autry? 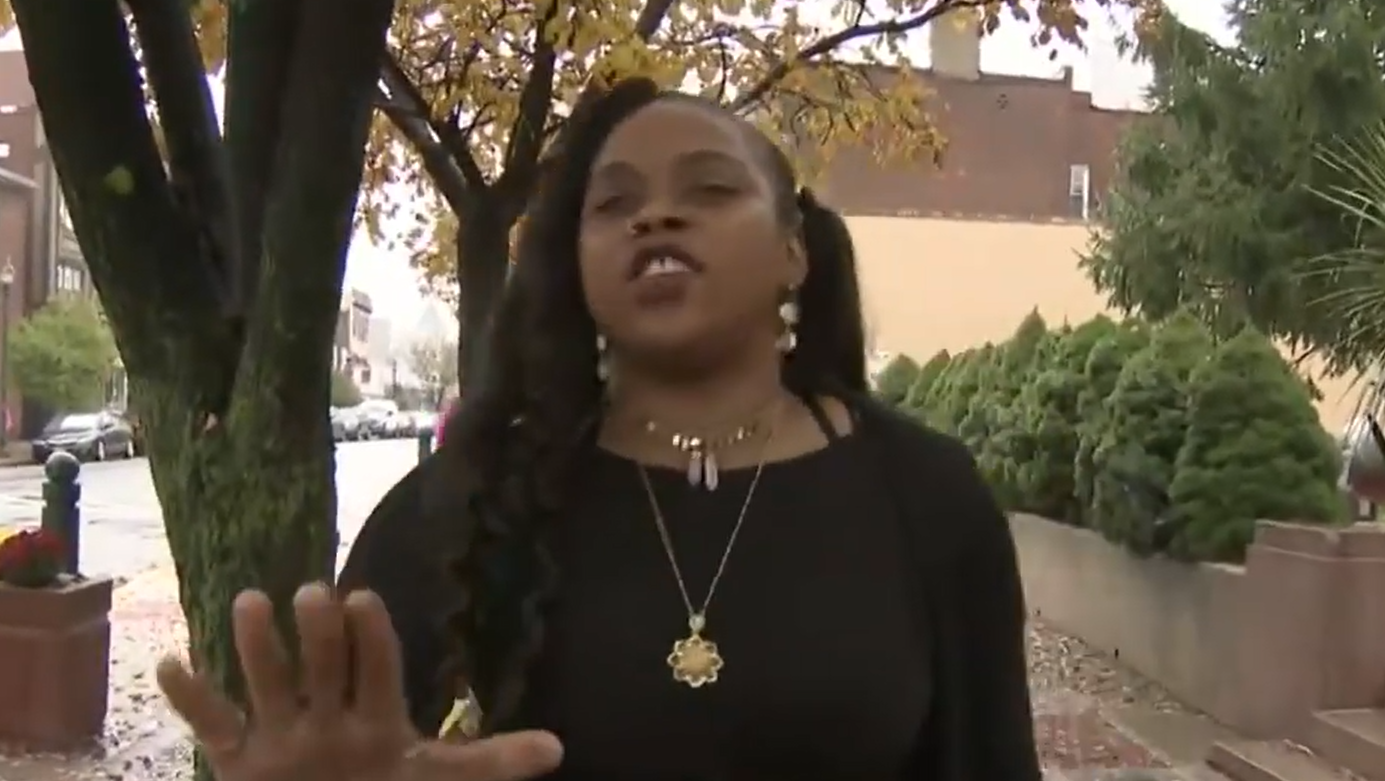 It has not been confirmed that it was Myah Autry who danced and threw dollar bills in the air in the viral clip, but all evidence seems to point to that conclusion.

According to The New York Post, Autry believes she is a "reincarnated" lion.

"I fear nobody. No animal, no human, no one. So no, I wasn’t fearing of the lion because the lion loved me. That’s why he came to me and I let the lion know: Lion, I love you," she said after the 2019 incident.