Donald Trump Hijacked A Wedding To Complain About Joe Biden 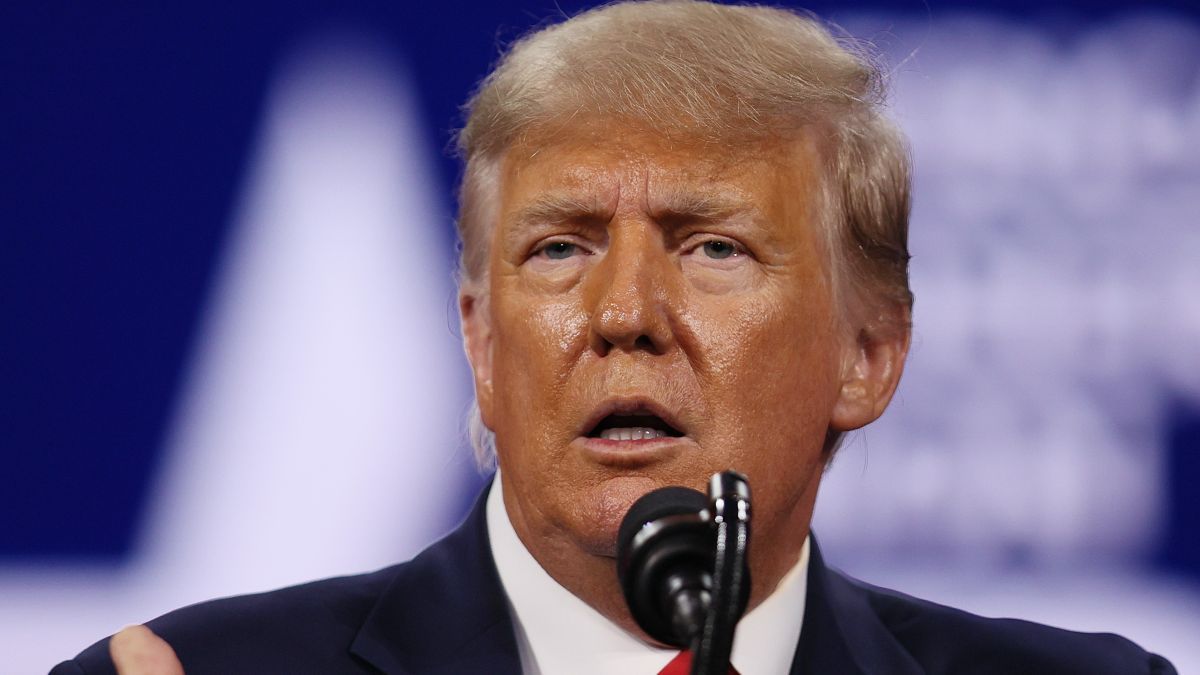 New footage of Donald Trump suggests that he still hasn't gotten over his loss to President Joe Biden.

As reported by TMZ, Trump used a wedding reception at his Mar-a-Lago resort to rant about the new head of state.

During his rant, which as captured on video, Trump slammed Biden for his purported failures, including his handling of the escalating border situation and the Democrat's foreign policy with China and Iran.

As noted by Raw Story, the crowd "politely laughs" at his remarks, which had nothing to do with John and Megan Arrigo — the couple getting married.

It's not the first time Trump has hijacked a conversation to take aim at his Democratic foe. According to The Daily Beast reported, Trump previously used the death of Rush Limbaugh as a springboard for complaining about Biden.

During an interview with Fox News, Trump praised Limbaugh before noting that the late host admired him and spotlighting his feelings on Biden's victory.

“Rush thought we won, and so do I,” Trump said.

According to Trump, Limbaugh was "angry" about Biden's victory after working to get the real estate mogul elected. Trump has made his disdain for Biden clear in his post-presidency days. As reported by The Independent, the real estate mogul used a recent Newsmax interview to vent about the media allegedly ignoring Biden's fall on the steps of Air Force One.

“That tumble was terrible. It wasn’t really one, it was three, and it wasn’t mentioned for the most part in the lamestream. The whole thing is incredible. There’s no longer freedom of the press.”

Throughout his time in the White House, Trump often took aim at the media's purportedly unfair coverage of his presidency.

Trump and his allies continue to slam Biden for his handling of the increasing number of unaccompanied migrant children at the border. As The Inquisitr reported, Biden's administration is allegedly breaking the law by holding such children at improper facilities for longer than allowed.

Per Mediaite, Trump might follow in the footsteps of GOP senators like Ted Cruz and make a trip to the border to take a look at the situation for himself.

“One of the things that I think President Trump wanted to let Joe Biden go and fail on his own before he goes and steps in on that,” Trump senior adviser Jason Miller said on The Michael Berry Show.

Trump Is Living At His Mar-A-Lago Resort

The comments at Trump's wedding come as the former head of state lives at the Mar-a-Lago resort. As reported by BBC, Trump initially faced eviction but was allowed to stay on the premises as an employee.

The publication noted that the decision was made by a lawyer at a Palm Beach Council meeting.

"The Palm Beach meeting highlighted the issues of wealthy neighbours who are meticulous about property value, think their town should look a certain way, and feel ambivalent about their famous neighbour."