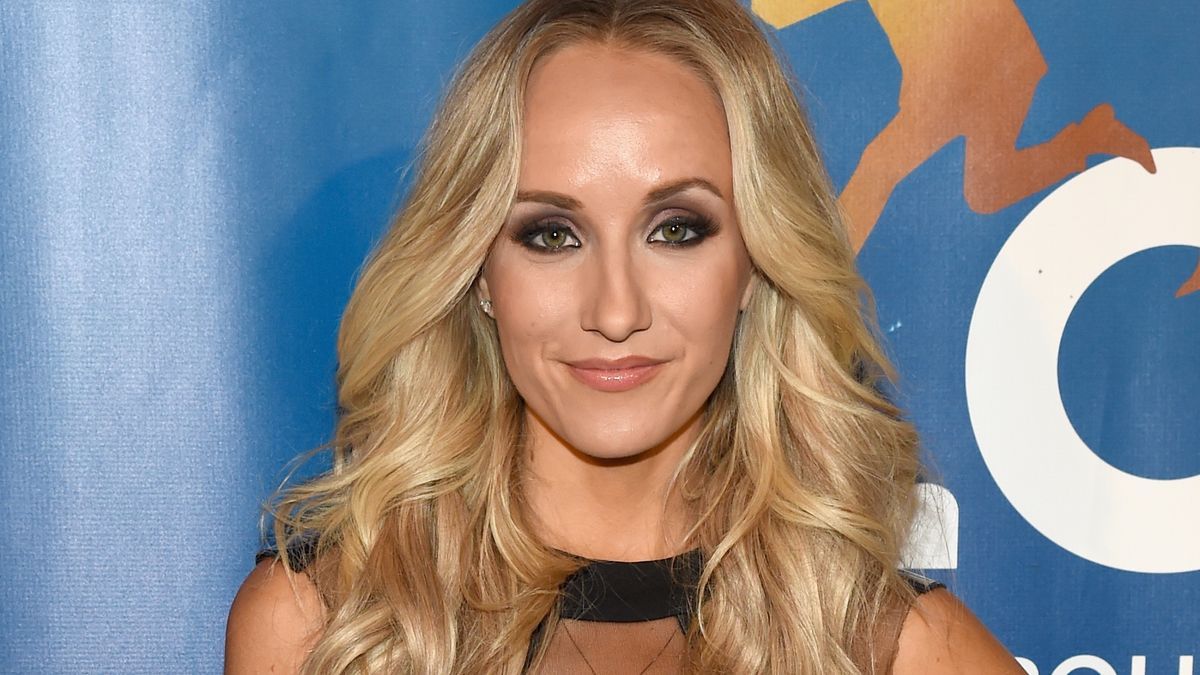 Nastia Liukin continued to serve up fabulous looks at the 2021 U.S. Gymnastics Championships in Fort Worth, Texas. The former artistic gymnast, who served as a commentator for the NBC broadcast of the event, dazzled in an emerald-green dress for Day 2 of the Women's Competition on June 6.

The Texas native shared snaps of the incredible outfit on Instagram, but it seemed like hardly anyone had missed the stream, judging from the fan reactions in the post's comments section. The 2008 all-around champion was red-carpet-ready in a glossy A.L.C. gown whose daringly high-slit front showed off her supple legs. The mock neckline and long, slightly puffed sleeves ensured that nothing took any attention away from her svelte pins, which Nastia further accentuated with strappy heels that tied around her ankles.

The 31-year-old former athlete added height to her petite frame with Aquazzura's Tequila sandals, an elegant design in a vibrant jasmine-green color adorned with green-and-blue crystals.

"Mermaid vibes tonight courtesy of the most amaze glam team," Nastia wrote in the caption, making sure to tag the brands she wore. 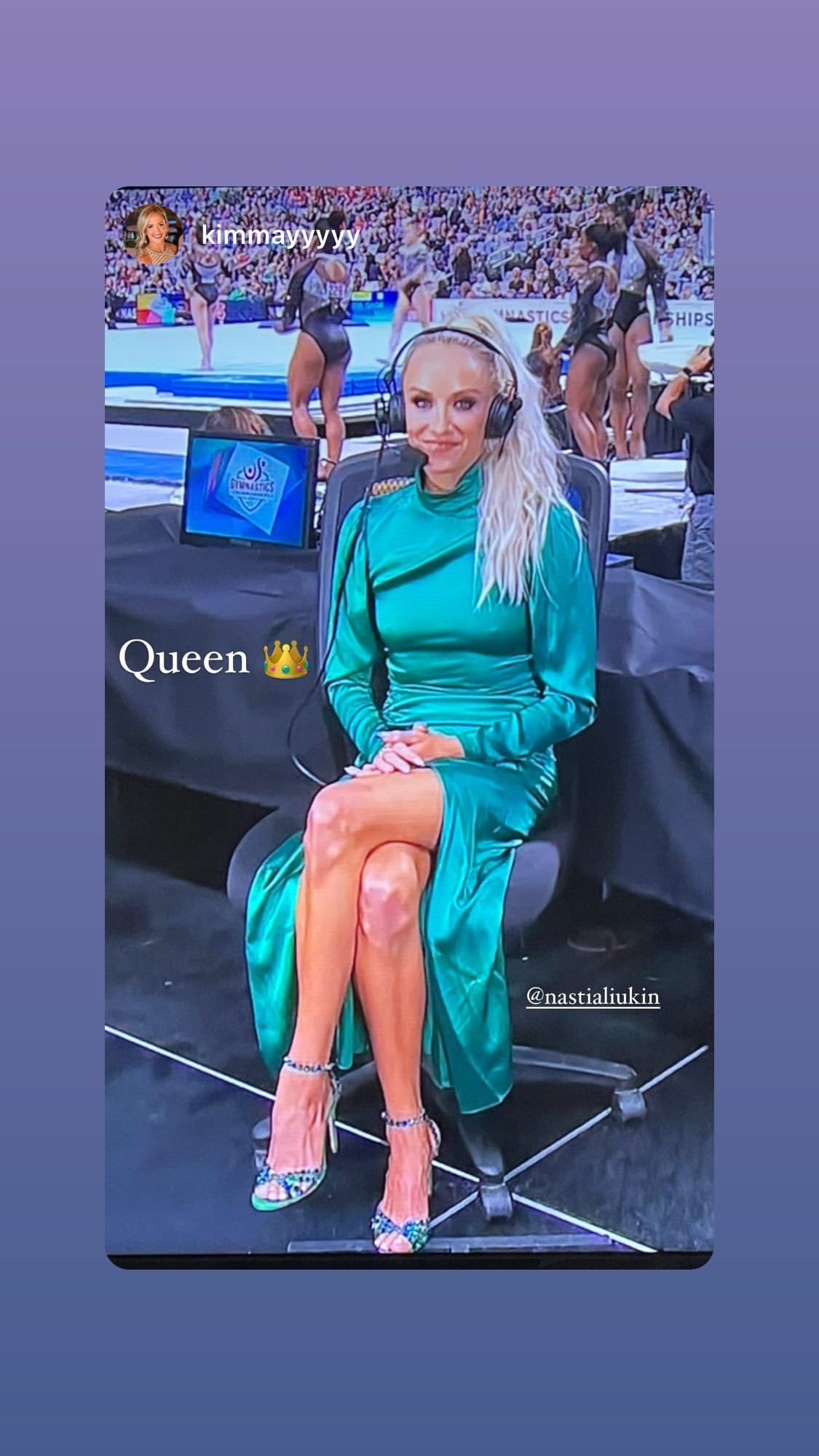 The Olympic medalist uploaded five photos of herself in the stunning dress, posing mostly from behind to showcase the outfit's flattering, ruched fit on the sides. The angle also flaunted her chic ponytail and tousled waves.

A close-up offered a better look at her sophisticated hairstyle and smokey-eye makeup, for which she credited pals Paige Davenport and Daniel Blaylock-Napolitan, respectively.

Nastia also shared several Instagram stories of the dress, including one snapped during the NBC live stream.

The look initiated an outpour of compliments from fans.

"You looked great tonight! And great job tonight too!!" she was told.

"Is there a color you can’t pull off?! You’re absolutely stunning!" said another follower.

Nastia appears to have a penchant for Aquazzura footwear if her U.S. Gymnastics Championships outfits are of any indication. The five-time Olympic medalist rocked the butterfly-embellished Papillon sandals from the brand's new collection for Day 1 of the Women's Competition on June 4 when she wowed in an electric-blue short dress.

Nastia took the opportunity to congratulate the athletes, reserving a large portion of her caption for this purpose. She also extended her heartfelt congratulations to Olympic gold medalist Simone Biles for winning the women’s all-around with 119.65 points.

"congrats to all the athletes tonight and HUGE congrats to the 👑 — @simonebiles on winning your 7th national title.... no words," she wrote.

"i call her Simona Lisa because she IS a work of art," said one fan, regarding her words.

Others seized the chance to gush over Nastia's beauty.

"Tuned in to see what you might be wearing, but I suppose that's why I have IG. Great look as always, Ms. Liukin," read another comment.