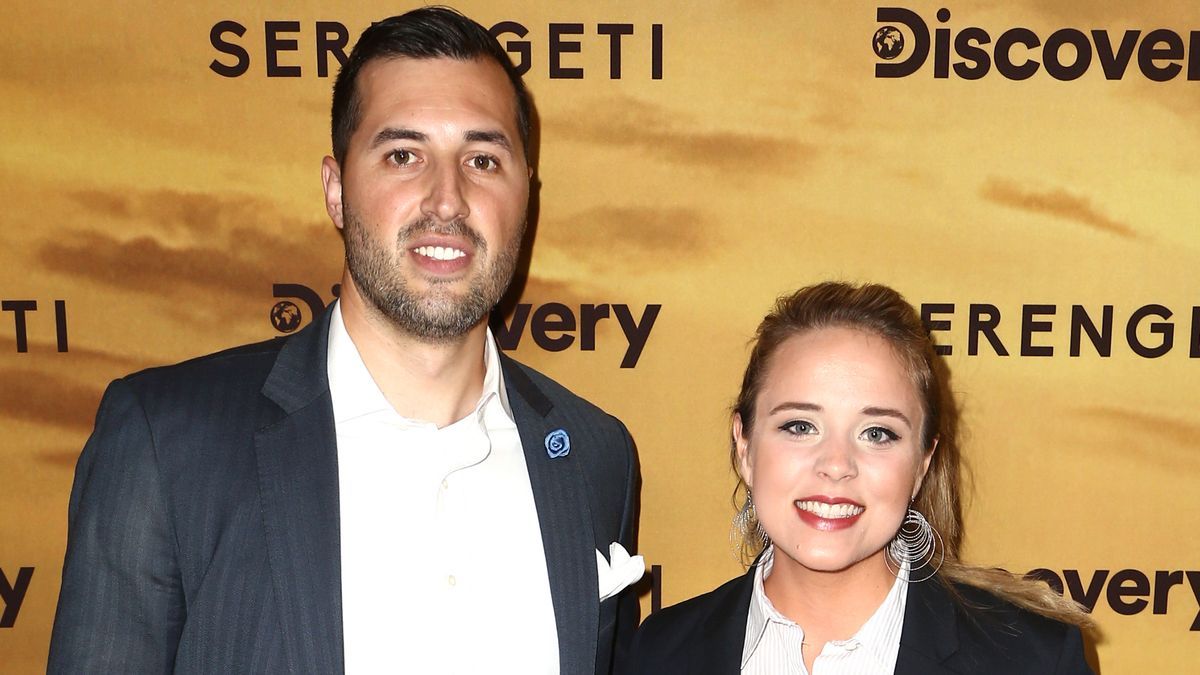 Jinger Duggar has come a long way since her prairie dress days, but the matching accessories that she and husband Jeremy Vuolo decided to rock over the weekend weren't exactly current trends. On Saturday, Jeremy took to his Instagram stories to share a photo of himself and Jinger sporting shutter shades. Rapper Kanye West helped popularize the eye-catching eyewear, but it's been many years since the sunglasses were in style. Scroll down to see the Counting On couple trying out the throwback look. 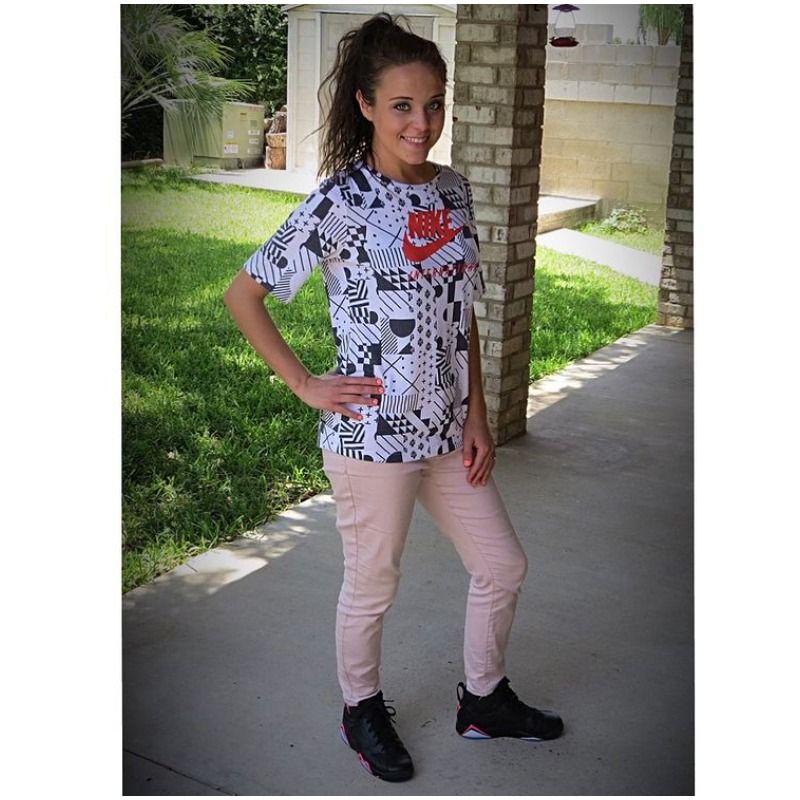 Jinger used to stick to wearing dresses and skirts, thanks to her mother Michelle Duggar's interpretation of Bible verses about how women should dress. She also didn't wear a lot of trendy attire growing up, in part because her family got a lot of their clothing at thrift stores. However, after she married former professional soccer player Jeremy Vuolo, Jinger got her first pair of Air Jordans and began rocking skinny jeans. Jeremy also introduced his wife to modern music, including Kanye's gospel songs. 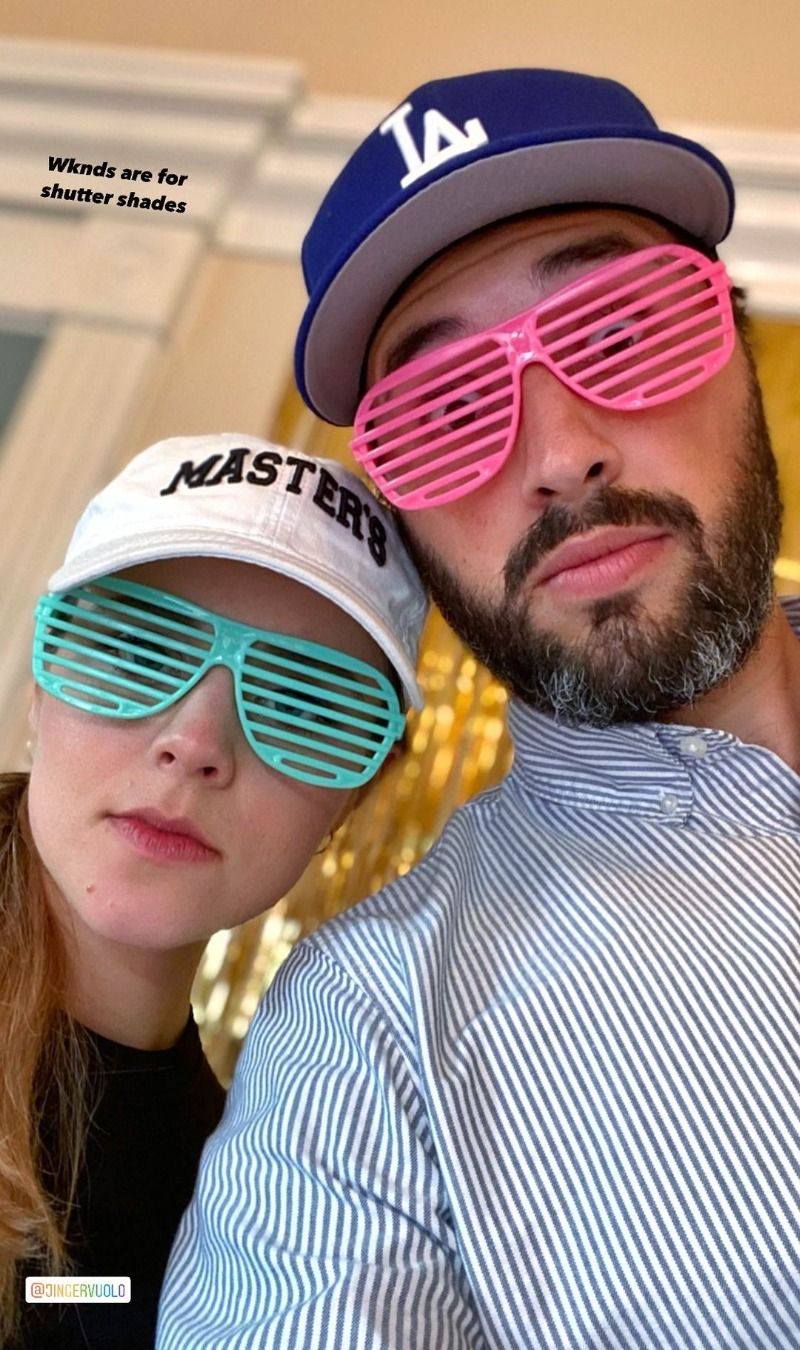 In Jeremy's pic, Jinger's plastic shades were turquoise, while he opted to rock a pair that were hot pink. Both of The Hope We Hold authors also wore baseball caps.

Kanye's shutter shades were included on Complex's list of the "15 Most Iconic Sunglasses in Hip-Hop." However, the musician and fashion designer didn't dream up the eyewear design himself. The style has been around since the '50s, and it was called the "Venetian Blinder" when the fashion world embraced it in the '80s. A pair of the sunglasses were also part of professional wrestler Randy “Macho Man” Savage's iconic look. It remains to be seen if the fad catches on with more Christian influencers like Jinger and Jeremy. 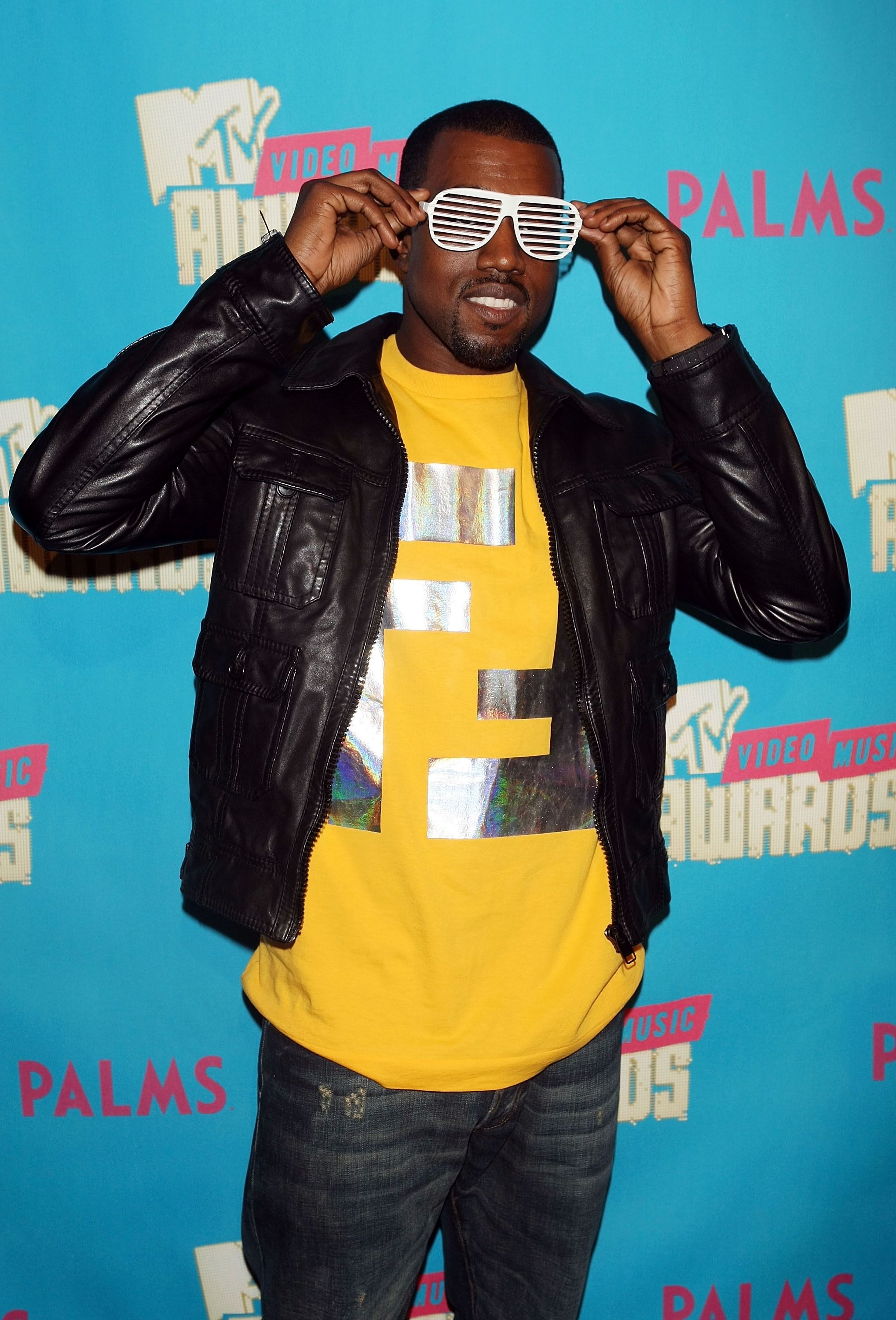 Rap music was definitely not something Jinger grew up listening to. However, as reported by In Touch Weekly, she and Jeremy have shown their support for Kanye's foray into producing religious music. The couple have his record Jesus Is King displayed on a shelf inside their home, and they attended the rapper's Sunday Service in October 2019. Jeremy was impressed, saying that it "was one of the greatest pieces of art" that he's ever seen performed live.

Before he rocked one of Yeezy's former favorite accessories, Jeremy wore a piece from another recording artist's clothing line. Below, he can be seen sporting a varsity jacket from Tyler, the Creator's Golf Wang brand.

Some Duggar "snarkers" on Reddit believe that Jinger and Jeremy are dressing the way they do in an effort to appeal to a younger audience. The couple have become influencers due to their large social media followings, and they're currently trying to promote their new book. However, their shutter shades pic got roasted by Redditors.

"Presenting the musical duo LMFAO, but make them Fundie and less interesting than saltine crackers..." one person wrote.

"Their feeble attempt to be some sort of fundie hipsters is cringe inducing," another Redditor chimed in. "The average person in LA has no idea who these two are and is better off not knowing. I predict they'll eventually throw in towel and go back to small town preaching where they are less likely to be laughing stocks."