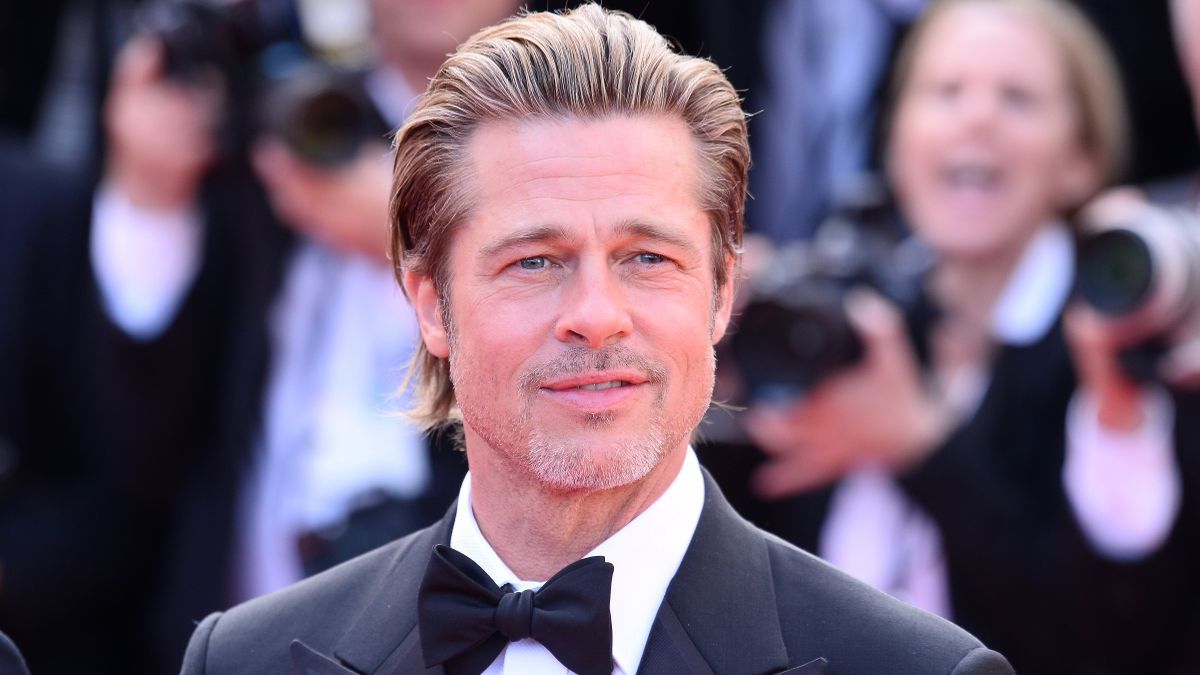 Brad Pitt was seen being rolled out of a medical center in a wheelchair. Photos of the 57-year-old Once Upon A Time in Hollywood star have caused a stir, but it turns out that Pitt's reason for being in the wheelchair was not a serious one.

Page Six shared a series of paparazzi pics that showed the actor being wheeled out of a Beverly Hills medical facility. He looked like he was trying to keep a low profile in a black hoodie, gray slacks, sunglasses, and a face mask.

Pitt was photographed sitting in the wheelchair as a medical professional pushed him through the facility's doors. They were accompanied by one of Pitt's bodyguards, who made a vain attempt to hide the actor using the side of his denim jacket. Pitt's face was almost completely covered up by his mask and shades, but a few of his long, blond locks were visible peeking out from his hoodie.

An insider described Pitt's reason for visiting the medical center as "nothing," saying that he had simply had his wisdom teeth removed.

As far as the wheelchair was concerned, Pitt exited the medical center in it for "liability reasons."

This isn't the first time Pitt has had some major dental work done. According to Entertainment Weekly, he went to extreme lengths to look the part of Tyler Durden, the soap salesman who brawls with Edward Norton's character in the 1999 David Fincher classic Fight Club. Pitt had his teeth professionally chipped by a dentist ahead of filming, then had his snaggle-toothed smile fixed afterward. So while some dread going to the dentist, it's clear that Pitt has no fear of having his mouth messed with.

Of course, having your wisdom teeth removed is not a pleasant experience, and having to undergo the procedure in the middle of a contentious custody battle certainly isn't going to make it more enjoyable.

Pitt and his ex-wife, Angelina Jolie, still haven't come to an agreement on how they'll share custody of their six kids. Their fight took a nasty turn when Jolie filed court documents saying that she and the couple's children were prepared to offer proof of alleged domestic violence. According to Page Six, Pitt is "heartbroken" by the filing and believes someone in Jolie's camp leaked it to "sway opinion" against him.

A Few Reasons To Smile

While Pitt is being plagued with legal, familial, and dental troubles, his career is providing him with a few reasons to smile. He'll be one of the presenters at the Academy Awards on April 25, and he's set to make a cameo in the romantic action comedy Lost City of D. According to The Hollywood Reporter, one of the movie's leads is Pitt's pal Sandra Bullock, who invited him to appear in it. The cast also includes Channing Tatum and Daniel Radcliffe. Pitt's role is being kept under wraps, but the movie's plot involves a reclusive romance novel author (Bullock) who gets swept up in a "cutthroat jungle adventure" along with her book's cover model (Tatum).