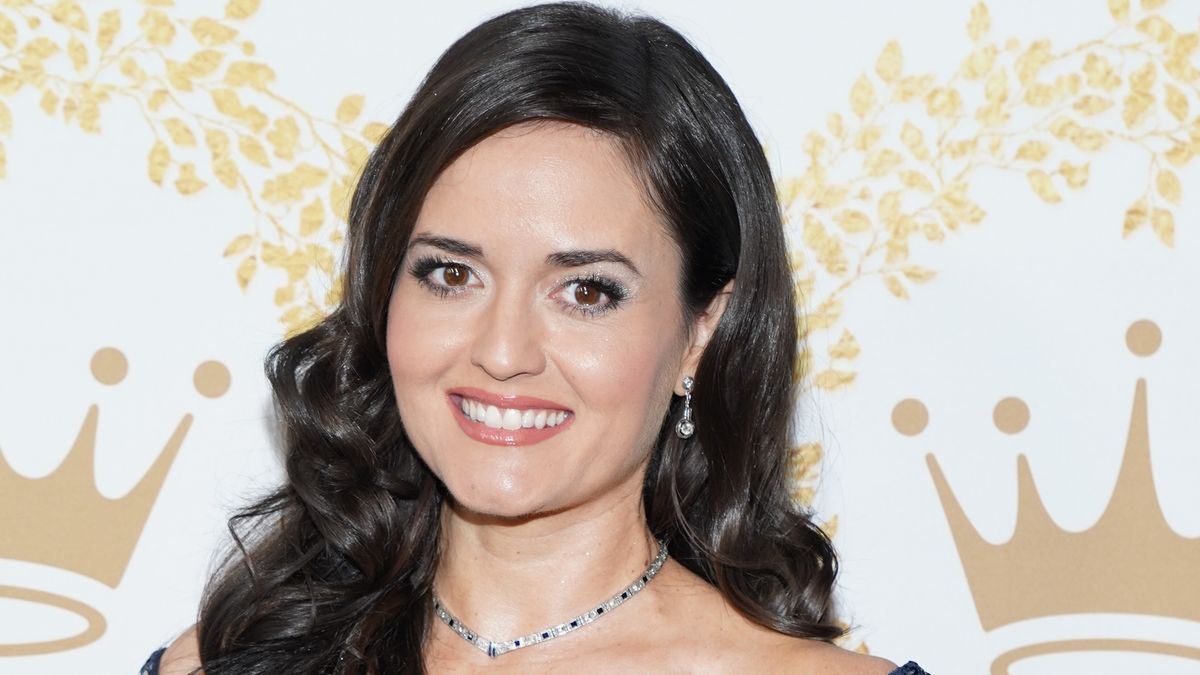 Danica McKellar is sharing her thoughts about the young actress who will be playing the girl next door on The Wonder Years reboot. Thanks to the original series, which aired in the late '80s and early '90s, McKellar can boast being the first celebrity crush of many television viewers.

As the show's younger fans grew up with McKellar's character and her friends, they learned what it was like to grow up in a different era. The Wonder Years served as a mini history lesson for them, and the reboot will also be set in the '60s. However, its audience will be viewing the world from a much different perspective this time around.

Long before she began solving mysteries and spreading holiday cheer on The Hallmark Channel, McKellar, 46, became a television icon with her perfect portrayal of the girl next door. Kevin Arnold (Fred Savage) was smitten with Winnie Cooper from the start, but, to quote Kevin, "things never turn out exactly the way you plan them."

In a recent post, McKellar introduced her followers to the newest heart breaker on the block, 13-year-old Milan Ray. She'll be playing a character named Keisa Clemmons.

"A HUGE congrats to Milan Ray who plays the young love interest in the new Wonder Years reboot that started shooting this week!" McKellar wrote.

Ray Has An Impressive Resume

McKellar went on to compliment Ray for her past work, which includes roles in HBO’s Charm City Kings and the movie Troop Zero.

"Milan, you are already far more seasoned an actress than I was when I joined the cast of The Wonder Years many moons ago," she wrote. "From what I've seen of your work and from what I read in the script, you're gonna knock it out of the park!! Go get 'em, girl!"

According to Insider, McKellar's only acting credits before The Wonder Years were appearances in two episodes of The Twilight Zone.

So Who Else Will Appear On 'The Wonder Years' Reboot?

According to Deadline, Ray's character is "confident, smart, self-possessed and is not afraid to speak her mind." She'll be the childhood crush of Dean Williams (Elisha “EJ” Williams), the reboot's Kevin Arnold.

Other cast members include Dulé Hill and Saycon Sengbloh as Dean's parents and Kim Williams as his older sister. Julian Lerner and Amari O’Neil will play his two best friends.

The series will get a major boost of star power from its narrator. According to Entertainment Weekly, Don Cheadle will be playing the older, wiser version of Dean as he reflects back on his "wonder years."

The ABC series is set in Montgomery, Alabama, which means that the Williams family could have a front-row seat to the Civil Rights movement. The series will also likely tackle the tough topic of racism. During an interview with Yahoo! Entertainment, McKellar said that making a Black family the focus of the reboot was an "amazing" idea, and she pointed out that the original series never dealt with "the idea of race and what it was like to be Black in America in the 1960s."

According to 11 Alive, the series pilot recently began filming in various locations around Georgia, including the Little Five Points neighborhood. Fred Savage is executive producing the reboot, along with Lee Daniels and Saladin Patterson, who also serves as a writer.