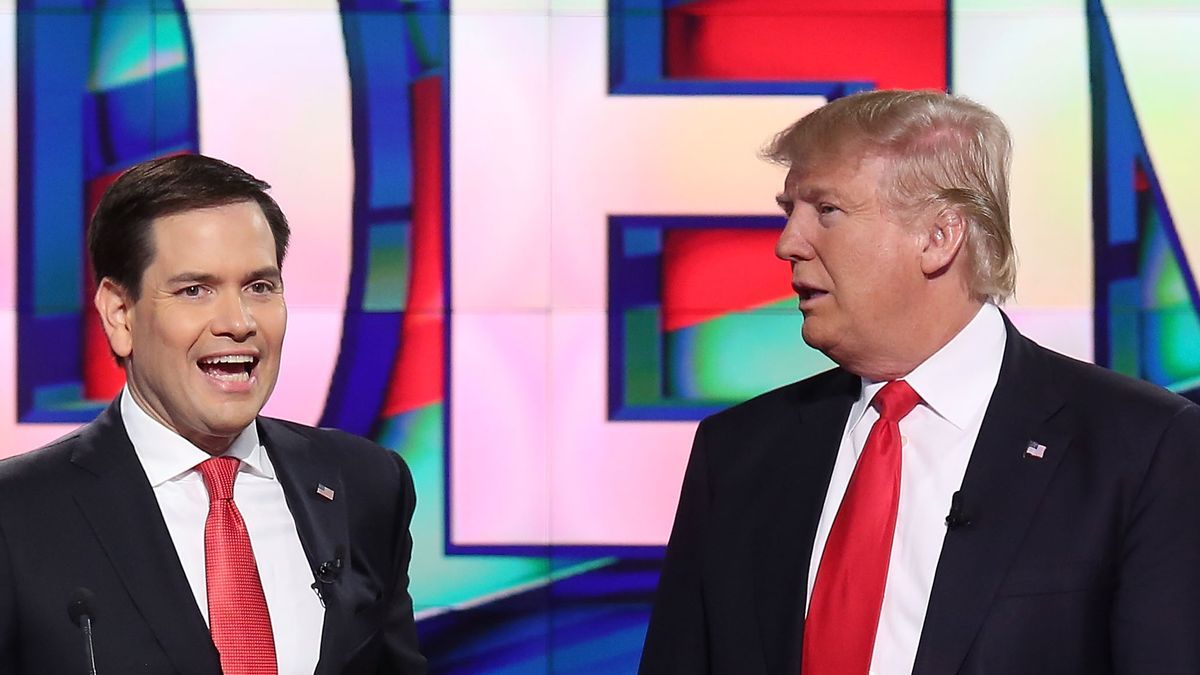 On Friday, former President Donald Trump endorsed Republican Sen. Marco Rubio of Florida for reelection, according to The Hill.

In a statement, Trump praised Rubio for championing conservative policies and described him as a "tireless advocate" for Floridians.

"It is my honor to give U.S. Senator Marco Rubio my Complete and Total Endorsement. Marco has been a tireless advocate for the people of Florida, fighting to cut taxes, supporting our Second Amendment, our Military and our Vets, a strong national defense, and all of the forgotten men and women of America."

Rubio May Run For President In 2024

Rubio competed against Trump in the 2016 Republican presidential primaries, but ended his campaign after finishing behind Trump in Florida. He later turned into a loyal Trump ally, supporting many of the administration's signature policies.

Both Rubio and Trump are considered potential contenders for the 2024 Republican nomination, though neither of them has yet committed to launching a campaign.

As The Hill noted, Democrats have yet to pick a candidate to challenge Rubio, but Representatives Val Demings and Stephanie Murphy are widely seen as likely contenders.

In a statement supplied to the Miami Herald, Rubio said that he is grateful for Trump's support and vowed to fight for ordinary Floridians.

"I am grateful for President Trump’s endorsement and his leadership on the major issues facing our nation, including the threat from China and the need to bring good jobs back to America," the senator said.

"Democrats are trying to undo everything we accomplished over the past four years, but I will continue to fight for the forgotten men and women of this country and deliver results for hard working Florida families," he added.

Trump has thrown his support behind a number of Republican incumbents and insurgents. Most recently, he endorsed Kentucky Sen. Rand Paul for reelection.

Much like Rubio, Paul competed against Trump in 2016 and then turned into a staunch supporter of the administration's agenda.

Former Kentucky state representative Charles Booker, a Democrat, is said to be considering running against Paul. Booker competed in Kentucky's Democratic primary this year, but lost to Amy McGrath.

Trump Is Considering A 2024 Bid

Trump said last month that he would decide whether to run for president again after the 2022 elections, per Reuters.

"I think we have a very, very good chance of taking back the House. You have a good chance to take back the Senate and frankly, we’ll make our decision after that," the former commander-in-chief said at the time, noting that he is already ahead in the polls.

As Reuters noted, Trump has vowed to support lawmakers who stood by him until the very end and campaign against those who did the opposite.