Timmothy Pitzen, just six years old at the time, left his elementary school in Aurora, Illinois, on May 11, 2011 — led away by his mom, Amy Fry-Pitzen. Three days later the 43-year-old mom was found dead in a motel room, a victim of her own chronic depression. But before taking her own life, she left a note assuring her husband that Timmothy was safe and with people who "loved him."

But her note also warned Jim Pitzen not to bother looking for Timmothy because "you'll never find him."

One of the last known pictures of Timmothy Pitzen was taken by a school security camera as his mother picked him up that day in 2011. 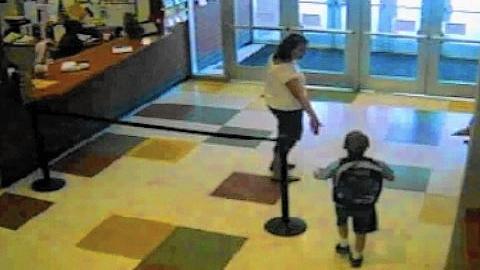 On a three-day journey during which Amy Fry-Pitzen took Timothy to Wisconsin, with various stops at zoos and water parks, surveillance images taken along the way showed the mom and son appearing relaxed and happy, according to CNN.

But on May 13, Amy appeared on security footage at a grocery store in Rockford, Illinois — alone. Later that night, she checked into a local motel and killed herself.

The chilling and mysterious case of missing Timmothy Pitzen — his mom added the extra "m" to give the boy something "a little different" — made national news once again this week after it was featured on Sunday night's episode of the CNN documentary series The Hunt With John Walsh.

And as the documentary showed, Amy Fry-Pitzen's ominous warning has proven all too prophetic. Even though 20 more tips came in after Sunday's show, adding to the hundreds processed by lead Detective Lee Catuvu over the past four years, none have led the investigator any closer to Timmothy.

Nonetheless, Cavutu says that he remains convinced that Fry-Pitzen did not injure or kill her son before killing herself, saying, "There is not a single person in her life that believes Amy Pitzen has hurt that child."

Instead, he believes that the mentally unstable mom somehow handed the boy off to someone — someone who may even have been a total stranger. But that Timmothy is alive and well today — somewhere.

That's why the National Center for Missing & Exploited Children has produced a new "age-progressed" picture of Timothy, showing what the now-10-year-old boy might look like today. 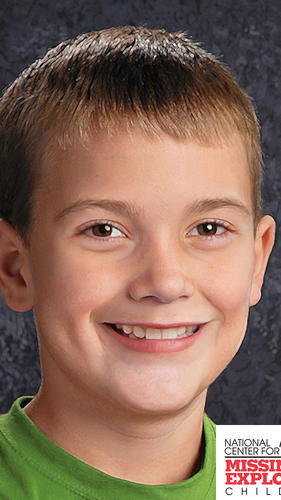 "It could take nothing more than the right person looking at this face to pick up the phone and make that call," the Center's Angeline Hartmann told the Chicago Tribune on Tuesday.

Investigators ask that anyone who might have an idea of where Timmothy Pitzen might be, or who recognizes the boy from the photo, should call the National Center for Missing & Exploited Children at 1-800-843-5678, or the Aurora police at 630-256-5500.