The NASA Solar and Heliospheric Observatory, in the view of UFO researchers, has been a veritable goldmine of photos that show UFOs around the sun, or even in some cases, on the surface of the sun itself. But the latest NASA SOHO image shows what may be the most dramatic UFO image yet — at least according to one prominent UFO blogger.

The SOHO spacecraft was launched in 1995, as joint project of NASA and European Space Agency scientists. Since then, the satellite has been sending back the clearest and most stunning images of the sun at the heart of our solar system ever seen in human history.

The SOHO satellite has also become adept at discovering comets — in fact, "adept" is a understatement. The satellite has proven itself the most prolific comet-hunter ever invented, only recently spotting its 2,875th comet.

Of course, NASA doesn't even bother to comment on the number of UFO craft captured by its satellite cameras, or even acknowledge their existence. But UFO researchers on the internet, led by Scott C. Waring who edits the well-read blog, UFO Sightings Daily, have taken up the job of searching for and cataloguing solar UFO sightings.

In February of this year, Waring reported spotting a "moon size" UFO "tall ship" bursting out of the surface of the sun. For images and more details on that sighting, visit this Inquisitr link. Then in May, Waring featured a "discovery" by the YouTube UFO archivist known as Streetcap1. Those images, taken from NASA's SOHO collection, showed what the UFOlogists said were three different "winged" UFO ships approaching the sun.

But the UFO image uncovered on August 4 and posted by Waring on Thursday of this week shows what appears to be the most violent and startling image yet — a UFO streaking in front of the sun, in Waring's words, "with the fury of a thousand rockets."

"This UFO is seen at the five-second mark in the video," Waring explained, referring to the video above. "The UFO is moving at incredible fast. The photo just before it taken at 6:48 shows nothing, but at 7:00 bam! It has already shot across the sun. Not even a comet could be capable of such speed. It would take hours and even day for a comet to do this. The UFO is the small white dot ahead of the fiery trail." 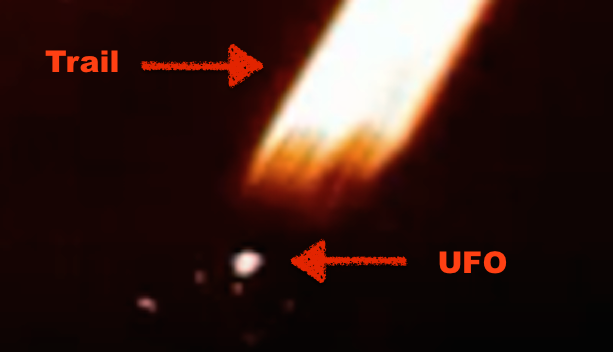 "This trail is very similar to the Russian and American rocket trails made. It's much slower than light speed, but still mind boggling," Waring wrote. 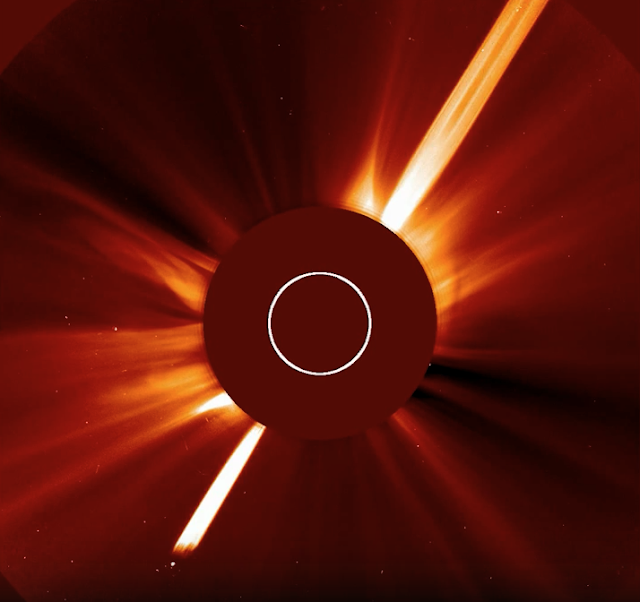 As usual, NASA has not commented on the latest UFO sighting in one of its images of the sun.