A man allegedly left his three-month-old daughter with multiple rib fractures and brain damage because she was not a boy. Newsweek is reporting that Jason Bittner, a chiropractor, based in Warren County, Ohio purportedly left his infant daughter with severe brain injuries and close to 30 rib fractures. The fractures were at different stages of healing, a pointer that the doctor had being physically abusing the little infant, repeatedly in her short life.

Warren County Prosecutor, David Fornshell, speaking to the Miami Herald, revealed that the brutality of the injuries was inconsistent with the explanations provided by the 33-year-old chiropractor, who claimed the infant was involved in a domestic accident.

Court documents revealed that the mother of the infant was the one who took the baby girl to the Cincinnati Children's Hospital, a week after the latest assault. Bittner who describes himself as a passionate Christian and Jesus Christ lover, despite his medical training, allegedly refused to treat his daughter's injuries. It was when doctors saw the severity of the baby's injuries at the hospital, that they got the police involved.

Jason Bittner was arrested at his business premises and charged with assault and child endangerment. He runs the well-respected practice with his wife, Casey and they both have another two-year-old girl.

Ohio chiropractor Jason Bittner, 33, is accused of abusing his three-month-old daughter because ... https://t.co/EWelavmT6k via @MailOnline

Fornshell said Bittner was well-respected in the community, adding that people would be shocked that he was capable of committing such an atrocity.

"By all accounts he's a member of good standing in the community, he's active in his church and I think people think that people like that are incapable of committing acts of child abuse or even domestic violence."

Dr. Bittner and his wife welcomed their second daughter on November 13, 2017. A seemingly elated Bittner had posted pictures on the company website of the newborn and happy mother. Jason revealed that he was inspired to be a chiropractor after suffering a horrible accident as a college athlete and recovering in three months via physical therapy.

A Mason father appeared in court on charges that he badly injured his 3-month-old daughter. Jason Bittner, who is a chiropractor in West Chester, pleaded not guilty to charges of child endangering and felonious assault

He entered a not guilty plea to felonious assault and child endangerment Wednesday, before meeting his bail condition of $2,500.

According to BBC Health, it is the man that determines the gender of a baby. While a woman will always transmit a female "X" chromosome through her egg to a baby, the man through his sperm could either pass "X" which could make a girl or "Y" for a boy. 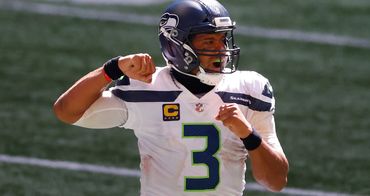