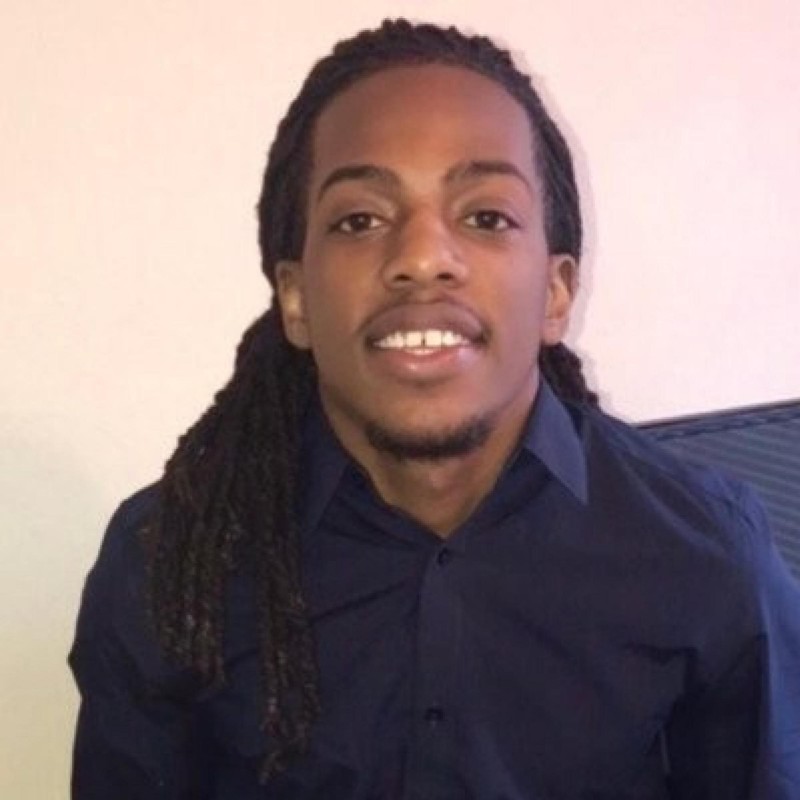 Tony Jazz, Utah Jazz Beat writer for Salt Lake Tribune, is here to talk to the Inquisitr about his story before being a big-time reporter for the Jazz.

Tony gives us a sneak peek of how the sports industry is; he also gives the young aspiring journalists tips to accomplish their dreams. Also, did you know Marc Spears is his "big brother"?

Little did you know, Tony was the mini Adrian Wojnarowski and Shams Charania over the offseason. Tony has at least three to five trades he reported first over the summer.

Jonathan Bates: Before I start firing away questions, what's something you want everybody to know about you? The only thing you have in this world is your name, so tell the readers about yourself.

Tony Jones: I'm pretty straightforward as a person. What you see is what you get. I'm a passionate and loyal person, which can be a strength and a weakness. Family means everything to me, and I love my job.

TJ: My mother was a journalist for over 30 years, and I have other families still currently in the industry, so I guess it kind of rubbed off on me. I didn't initially set out to be a journalist. I wanted to make the NBA, and I was a very good point guard. But very good only got me to the college level, especially at my height (5-foot-7). I was done after school, lol, and had to do something. I decided if I couldn't physically be in the NBA, I wanted to write about it. My mother was shocked because I never liked writing of any kind in school. I've had all kinds of help in getting where I am today. Marc Spears has long been a big brother to me. Garry Howard is my Godfather. Kevin Hutson gave me my first job out of school. Don Lindley gave me my first full-time job at the Daytona Beach News-Journal. And Michael Anastasi brought me to the Salt Lake Tribune, and upon hiring me told me he wanted me to the Jazz writer within five years. So many people have aided me in my professional journey. I've been very blessed in this regard.

JB: There's a lot of people using Twitter for exposure and to get to your position. What are some tips you can tell them to help them accomplish their goals?

TJ: Use it, but don't overdose on it. Twitter is a powerful, powerful tool. It's a necessity in this Information Age, and it's invaluable. But, it's also easy to make mistakes. Once you press send, it's there forever. I've made mistakes before, and nobody is perfect at it. It's a wonderful tool, however, and something that's made the art of securing information more valuable and competitive in the last decade.

JB: You cover the Utah Jazz. How is it like waking up every day knowing that you will be communicating with NBA players and front office members?

TJ: Covering the NBA is a dream job for me. I grew up an athlete, and I think there are so many different layers to the people I cover that it makes my job exciting and challenging every day. It's not always easy. Sometimes, guys don't want to be bothered. You have to know the personalities of the guys you deal with. There has to give and take on both sides. But it's a great job, even at its most difficult moments.

JB: Over the summer your name touches the sun. How did you get so much information and leads on free agent signings and trades? Following that question, how did you build those great relationships with players for them to tell you information?

TJ: The key is in the relationships you build. Everyone you cover needs to be able to have trust in you, and that trust has to be returned. Eventually, you build the relationships you need and you hope it pays off at the right times. This was the most difficult summer I've had in my career in terms of coverage. But The Tribune did very well in competing with the best writers and news breakers in the country. I'm personally very proud of that.

TJ: A game day for me typically starts at 6 a.m. I get my two daughters ready for school and drop them off. I get home around eight, get 90 minutes of sleep and head to shootaround. After that, I usually get some lunch, pick the kids up from school, get them home. I shower, change, and head to the arena, usually arriving around 5 p.m. Pregame consists of a notebook and information on twitter. Then you cover the actual game. Postgame, we interview coach Quin Snyder and the players. I usually get home around 11:30 p.m., and I'm asleep by 1 a.m. You wake up the next day and do it all again.

JB: Should we expect any trades during mid-season from the Jazz or they feel like their roster is set?

TJ: The roster is set for now, but things can get fluid by midseason. It will all depend on how the Jazz are doing, what position they are in, who's on the trade deadline market and what the roster needs are.

JB: Who would lead the Jazz in points per game? Following that question which player will the Jazz turn to when it's less than four minutes in the game to score?

TJ: I think Rodney Hood will lead the Jazz in scoring. He needs to take a leap in production for the Jazz to be successful. Clutch scoring could come from a number of different sources, but Hood will figure prominently as well. Don't be shocked if rookie Donovan Mitchell gets a few cracks at the ball during important possessions as well.

JB: Let the readers get to know you a little bit, who is your favorite team and NBA player?

TJ: I'm a lifelong New York Knicks fan. They break my heart every year, lol. My favorite NBA player was Isiah Thomas, the original. He's the best player 6-foot-2 and under that, I've ever seen.

JB: Which team do you want to cover before you end your career?

TJ: I just want to be blessed and do whatever my journey dictates. Hopefully, I have a long a fruitful career ahead of me.

JB: Before we end this interview, what's next for the all-time great Tony? Following that question, what's something you want to accomplish before your career is up?

TJ: I want to work and get better. I want to be the best. I'm competitive and ambitious, and I want to improve at my craft every time I open my computer. I love the Salt Lake Tribune and the trust my bosses have shown me by giving me the Jazz beat. I want for me and my partner Kyle Goon to take this beat to the next level.