Walter Palmer: Dentist Who Killed Famous Cecil The Lion Shutters Business, At Least For A Day

A dental practice belonging to Walter Palmer, the Bloomington, Minnesota dentist and "big game hunter" accused of killing Cecil, Africa's most famous and beloved lion, was shuttered on Tuesday as the dentist faced a harsh backlash on social media.

— Paul Blume (@PaulBlume_FOX9) July 28, 2015Reached by The Minneapolis Star-Tribune newspaper, Palmer said only, "Obviously, some things are being misreported."

The dentist, who has been called an "expert shot" with a bow and arrow by fellow hunters of wild and exotic animals, also said that he would issue a further statement later on Tuesday.

Apparently, however, he was not such an expert shot that he was able to fatally wound the beloved 13-year-old lion with one of his arrows. According to reports out of Zimbabwe, where Cecil — who was unusually friendly to human beings — was a major tourist attraction at Hwange National Park, the bleeding and suffering lion initially got away.

But the Minnesota dentist would not give up on his potential trophy, With his local guides, both of whom have now been arrested in connection with the incident which took place earlier in July, Palmer stalked Cecil for nearly two days before either he or one of the guides killed the badly weakened lion with a rifle — then skinned and beheaded Cecil and left his carcass to rot in the sun on the outskirts of the park.

Previous Inquisitr stories on the killing of Cecil the Lion can be accessed at this link, and at this link. Cecil is pictured below. 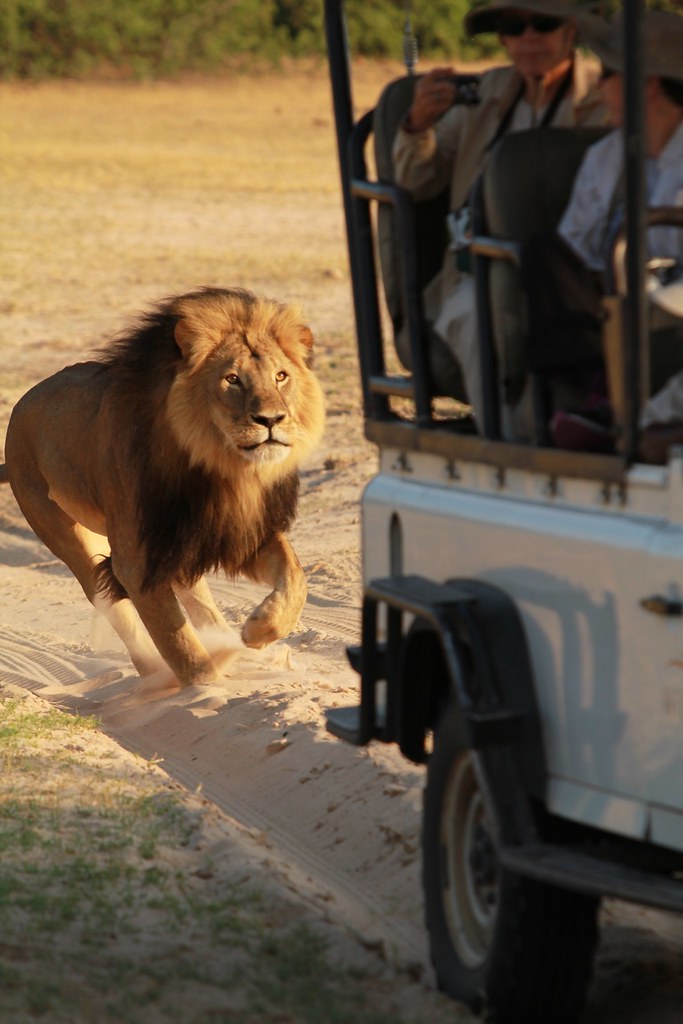 After the Facebook page of his practice, River Bluff Dental, was bombarded with negative comments, many branding Palmer as "evil" and expressing hopes that he, too, would suffer as he made Cecil suffer, the Facebook page was removed.

But internet users then found Palmer's practice on the site Yelp!, which allows consumers to post reviews and star-ratings of businesses.

"One of the worst human beings on the planet. He hunts endangered animals for fun. DO NOT DO BUSINESS WITH THIS MAN!" read one of the reviews there posted Tuesday.

"This MONSTER, Dr. Walter Palmer, a dentist from Minnesota, paid £35,000 to lure out of Hwange National Park, and then shoot and kill Cecil, a much-loved lion, with a bow and arrow. Would you trust him to care for your teeth???"

Britain's Telegraph newspaper initially identified Palmer as Cecil's killer, while Zimbabwean authorities confirmed that Palmer is their suspect, and the hunt was illegal, in part because Cecil was lured outside of the wildlife preserve where he lived by the hunters, using another dead animal as bait.

Professional hunter Theo Bronkhurst, who organizes and guides for-profit big-game hunts for tourists, has been arrested because authorities say he is the one who tricked Cecil into leaving the park and entering a farm owned by Honest Trymore Ndlovu, who has also been arrested. The killing of Cecil fell under anti-poaching laws, the authorities say.

On that farm, police in Zimbabwe say, Walter Palmer — who lives in Eden Prarie, Minnesota, about two miles from his dental office — shot Cecil the Lion with his bow and arrow.