Emily Miller, the local Washington D.C. Fox News investigative reporter and prominent gun rights advocate, has claimed that on New Year's Day of 2010, she was the victim of a frightening home invasion robbery — a incident that turned her into a staunch advocate of the right to own and carry firearms.

The incident made Miller famous and even led to a publishing deal, for her 2011 book, Emily Gets her Gun... But Obama Wants To Take Yours. 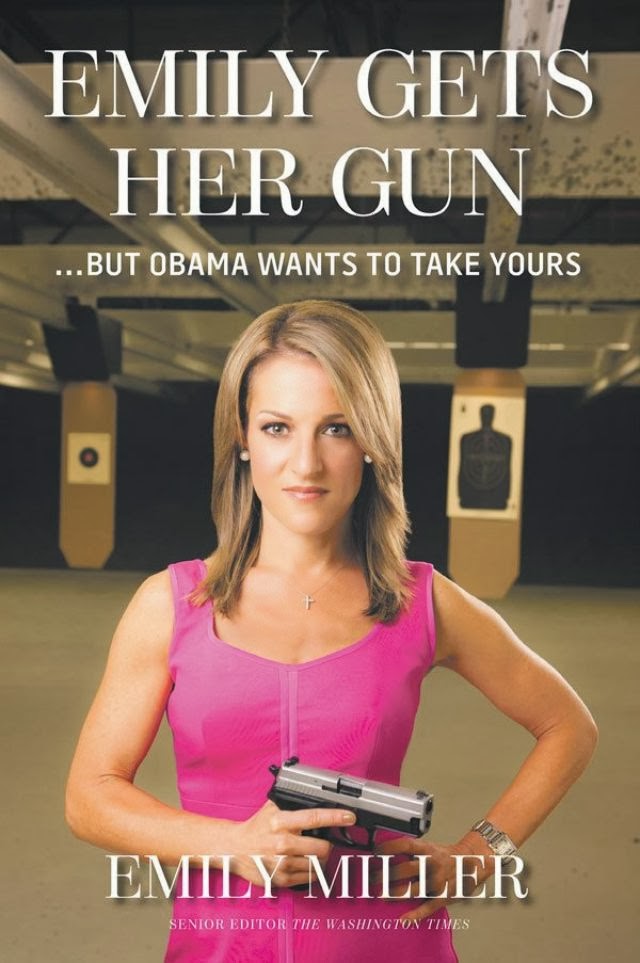 Miller has told her home invasion victim story numerous times. One of her most recent public recitals of the tale came in a National Rifle Association "All Access" video last year, which can be viewed above.

But now, according to police documents obtained by The Washington Post newspaper, it appears that Miller made the whole thing up. According to the Post report published Tuesday, the local Fox News personality was the victim of no crime worse than possible credit card fraud — to the tune of 50 bucks.

What started as a disturbing story of one man "who police believed to be a drug addict" robbing the home in which she was was staying as a guest at the time, soon escalated into an account of Miller facing down what Wemple described as "a veritable crime syndicate."

"After the man left, I was still suspicious so I went inside, grabbed my Blackberry and clicked on the icon for the camera. I walked down the street, and as I turned the corner, I saw about 15 scruffy young men standing around two pickup trucks. We were at the end of a woody, dead-end road," Miller wrote in a series if articles for the conservative Washington Times newspaper — articles she later expanded into her book.

"I nervously held up my Blackberry to take a quick photo of them and the license plates. Suddenly, the blood-shot-eyed guy darted out, blocking the shot. 'What are you doing?' he asked. I looked around at all the men staring at me and was suddenly scared."

The dangerous-looking men then charged her and she frantically raced them back to the house where she was able to call police, Miller has said.

But in the original police report, Miller describes just one man who told her he was "delivering firewood." In that report, Miller did not claim to have seen the alleged firewood deliveryman inside the house, only leaving through the back.

Oddly, in other versions of that less terrifying version of her story, Miller has described the stranger as a pool cleaner rather than a man delivering firewood.

But in the police documents dug up by Wemple, the man is described as actually giving Miller a business card for a tree service company.

In another strange development, police investigated the alleged credit card fraud, finding that Miller's card had indeed been used at a Virginia tattoo parlor by a suspect who obtained "a tattoo of a Skull with a blunt in it's mouth and the word Stoned under it."

But when detectives attempted to call Emily Miller about the results of their investigation, the Fox News reporter inexplicably never returned their calls.

The report comes after numerous reports that a more famous Fox personality, Bill O'Reilly, made up stores about his war reporting and other exploits. Miller has yet to comment on the Post revelations that she lied about her home invasion story.