In the latest claimed discovery by online UFO researchers combing through NASA photo archives, a chunk of the lunar surface can be seen breaking away and apparently floating in space above the moon's landscape. But the UFOlogists say that the breakaway rock is not part of the moon at all — but a sophisticated UFO that has camouflaged itself to deflect the suspicion of prying eyes.

But the alien UFO deception — if indeed that's what it is — did not escape the sharp eyes of the obsessive independent investigator who goes by the YouTube alias Streetcap1.

The YouTube UFOlogist created a video from the original NASA photo, viewable in full size at this link, demonstrating his hypothesis that, as he says on the video's YouTube page, "This looks like a piece of the Moon is breaking away."

The video can be viewed on this page, above. Here is a smaller rendition of the original NASA moon image. The breakaway chunk can be seen as a tiny gray dot at right, just above the middle point of the moon. But Scott C. Waring, editor of the web's most prominent UFO blog, UFO Sightings Daily, took Streetcap1's theory a step further, adding the suggestion that the "piece of the moon" was a sophisticated UFO in disguise.

Waring performed his own enhancements of the NASA photo, showing a magnified image of the "breakaway" chunk of moon. 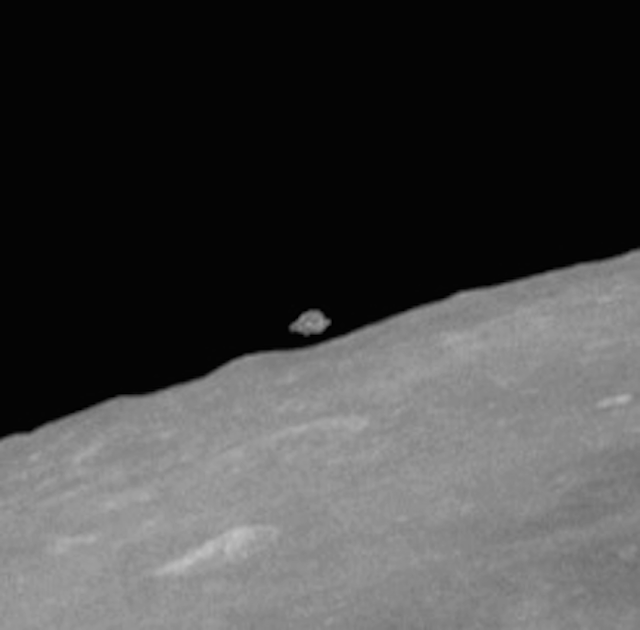 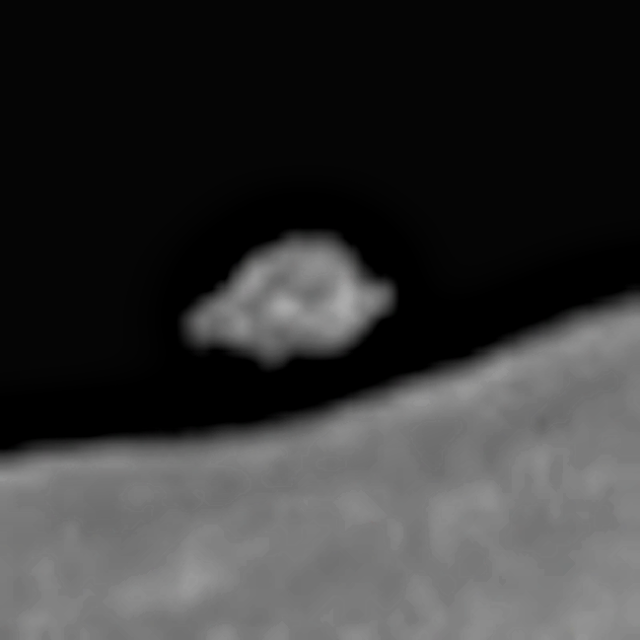 "It is possible," Waring continued, "that aliens have evolved so high, that living longer is the gold of their times. So to accomplish this, they create ships and buildings that blend into the environment. This could be a ship leaving the surface, and if astronomers see it moving through space, they will believe it to be an asteroid."

In an interesting coincidence — or maybe not a coincidence? — late last year Waring and Streetcap1 collaborated on the analysis of a 44-year-old NASA photo taken by the Apollo 15 moon mission in 1971.

That NASA moon photo also showed what appeared to be a "breakaway" UFO above the lunar surface. Judge for yourself at this link.