Byron Batista, a North Hollywood, California, man, had some dry cleaning to get done back in January, so he took his laundry to Rosali Cleaners, an establishment at 11335 Magnolia Boulevard in the San Fernando Valley region of Los Angeles.

He brought a couple of throw pillow in to be cleaned. But when he got the pillows back, he found that one of them was pretty badly damaged. Specifically, the corner of the pillow was torn wide open.

Batista was understandably dissatisfied. Later on, he even posted a picture of the damaged pillow on Yelp. 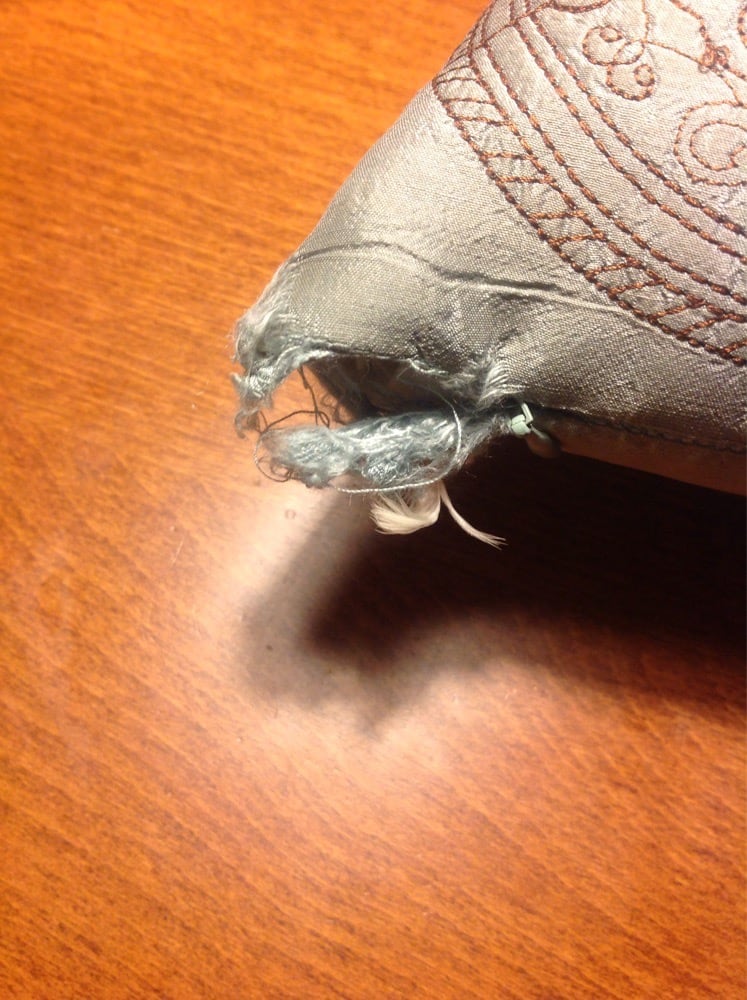 But his point wasn’t just that he got a bad cleaning job. He was more upset about how he was treated by the woman behind the counter, who identified herself as Rosali.

Batista, 48, asked for a refund. Rosali flatly refused. But she didn’t stop there. She suddenly lost it completely, and started screaming at Batista, he says — and it wasn’t just the screaming, it was what she screamed at him.

“She started saying, ‘F*** you, f*** you, fag,'” Batista said. “That’s when she took her middle finger and mimicked putting it up her butt.”

Needless to say, the customer was pretty upset. Even though he was out only 75 bucks, he decided to take Rosali Cleaners to court to get the cash back — as a matter of principle. After her vile outburst, Batista just didn’t want Rosali to get away without at least some small punishment.

A judge agreed — Rosali had no case. The cleaner was ordered to write Batista a check for $75. Which she did, but when Batista got the check, he found that this is what it said.

Yes, Rosali Cleaners made the check out to “Byron ‘The Buggerer’ Batista.”

So Batista went back to the judge, who ordered Rosali to throw out the offensively worded check and replace it with a money order for the same amount.

Rosali did that — but this time she wrote the word “Sodomite” next to his name.

“I took it to the bank and the teller went, ‘Oh, my God!'” Batista told the Huffington Post. “She sat down and wrote a letter to the judge saying they can’t accept money orders with foul language on them.”

Whether Rosali will finally just write a money order without an anti-gay slur on it remains to be seen. But Batista says the whole episode astonishes him, for the obvious reasons, but also because Rosali Cleaners advertises itself as a specialist in cleaning leather goods.

“You’d think a place that cleans leather would expect to deal with some gay people,” said Batista, still amazed at his experience with Rosali Cleaners.

Michael Moore Rallies For Bernie Sanders: ‘He Has Been Consistent Through His Whole Life’ January 25, 2020