The UFO photos often deemed by UFO researchers the best photographic evidence of alien visitors ever captured was taken on May 11, 1950 — 65 years ago this past Monday — and the anniversary has prompted a new look at the classic, black-and-white photos taken on a farm in Oregon. Are they really what they claim to be, or nothing more than a rather crude hoax that somehow managed to endure for nearly seven decades?

The story behind UFO photos is this. Just three years after the craze for what were then called "flying saucers" — the term Unidentified Flying Object or UFO was still several years away — began, Evelyn Trent was feeding rabbits in the family farm when she looked up and saw a strange but clearly visible disc or "saucer" shaped object in the sky above.

She immediately called for her husband, Paul Trent, who grabbed his 35mm camera who snapped off two pictures of the object before it disappeared.

This was the better of the two black and white shots. 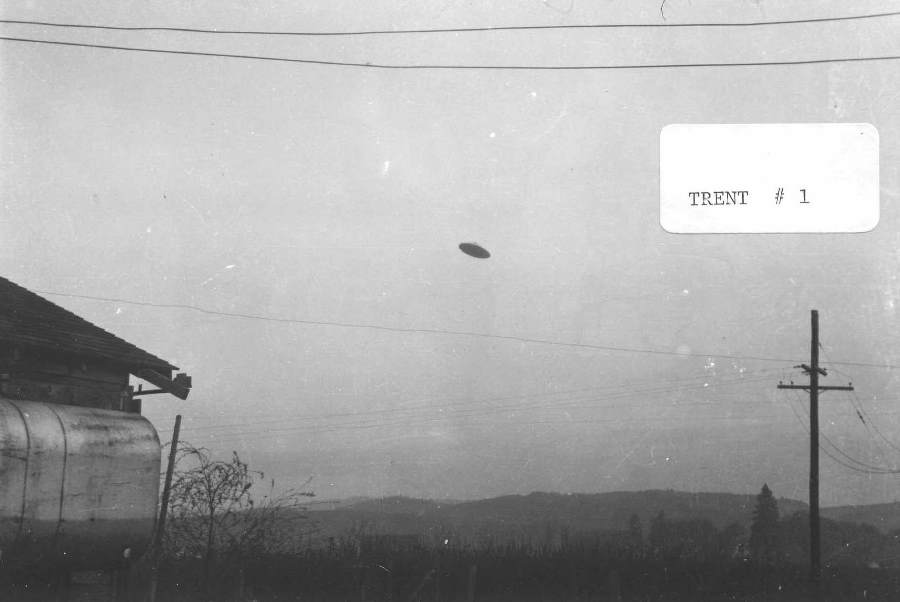 A second photo also showed the "flying saucer," but was much hazier. 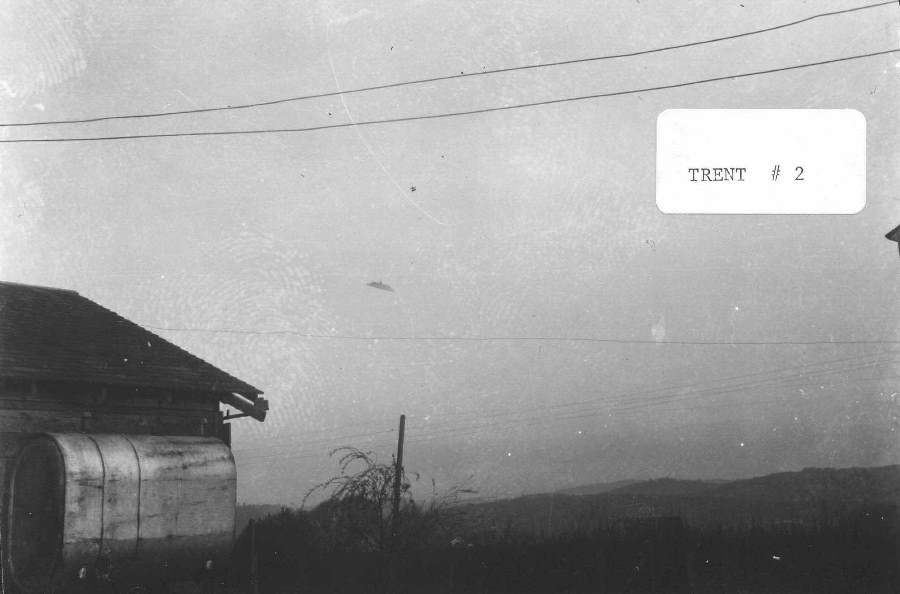 Others later took the first, better quality photo and blew it up, so that the UFO could be seen in a close-up view. 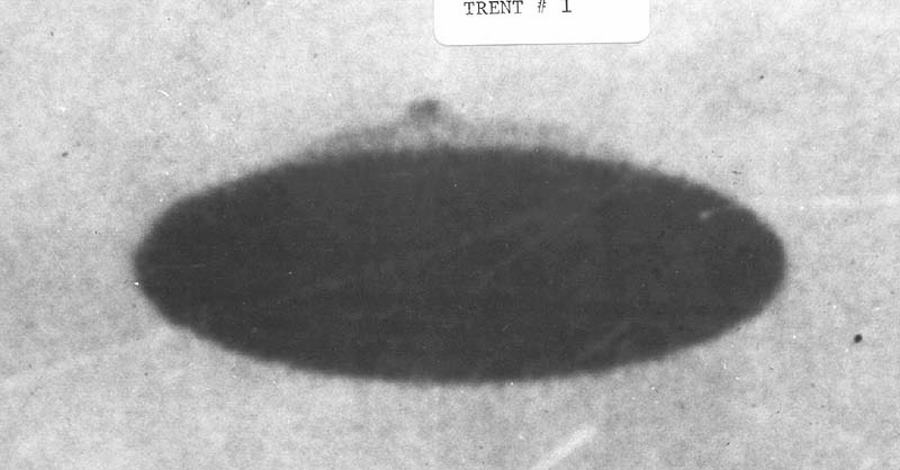 The famous photos were documented in the government Project Blue Book files, and pored over by UFO enthusiasts and skeptics alike. According to Kevin Randle, a former United States Air Force Captain who has since had a long career as a UFO author — the best known of his many works would likely be The UFO Casebook — the photos could go either way.

"I have said for a very long time that there are only two conclusions to be drawn about the pictures taken in McMinnville, Oregon. They either show a craft from another world, or they are a hoax... I do not see a third possibility given the clarity of the photographs, the features of the object, and the state of our research and development of aircraft in 1950."

They cite the odd bend in the wires as evidence that they have an object hanging from them, suspended by threads that cannot be seen in the 1950 photos.

Randle wrote that the only way to resolve the mystery of the "best" UFO photos ever taken once and for all would be to locate the original negatives, which have long since been lost.