A UFO alien — and not just an alien but an alien "high priest" — was hidden by legendary artist Leonardo Da Vinci deep within his iconic masterpiece, the Mona Lisa, a new video by the Paranormal Crucible blog site claims.

You can watch the bizarre video above to see of you can detect the alien image deep within the world-famous painting.

"Many theologians believe that Leonardo Da Vinci deliberately concealed secret codes and subliminal messages in most of his work," wrote the blogger on the video's YouTube page.

"If this is true then it's reasonable to assume that the Mona Lisa was in fact painted in order to conceal important historical and religious facts possibly regarding the extraterrestrial presence and its surreptitious involvement within the Roman Catholic Church."

Reasonable indeed! Though as one commenter on the YouTube version of the video asked, "Alien high priest? What religion would be an alien?"

Good question. For that matter, why would Da Vinci conceal this strange alleged image of the alien "Grey" high priest inside his already-enigmatic Mona Lisa, a painting that has confounded art historians practically since the great Florentine artist and original renaissance man finished it, most likely sometime in the year 1506?

But Scott C. Waring of the popular UFO Sightings Daily site offers an answer to the riddle of Da Vinci's motives behind hiding alien images in his most famous painting. Simple — Da Vinci was himself an alien. Or at least, on one side of the family.

"The likelihood of Leonardo Da Vinci being an alien or half-breed is very high. He shows all the signs. He had very high intellectual ability, extraordinary creative range, and used them to accomplish quite a bit."

"Leonardo is somebody who is able to operate across all these various fields, which is very unusual. Geniuses rarely are great in all areas like Leonardo. He was known for hiding secret messages and codes in his artwork, so this new discovery gives us the key we have been missing about him... his extraordinary abilities came from or were those of aliens," Waring further explained on his blog.

Here is a close view of the "alien high priest" in the Mona Lisa, captured by Waring from the above video. 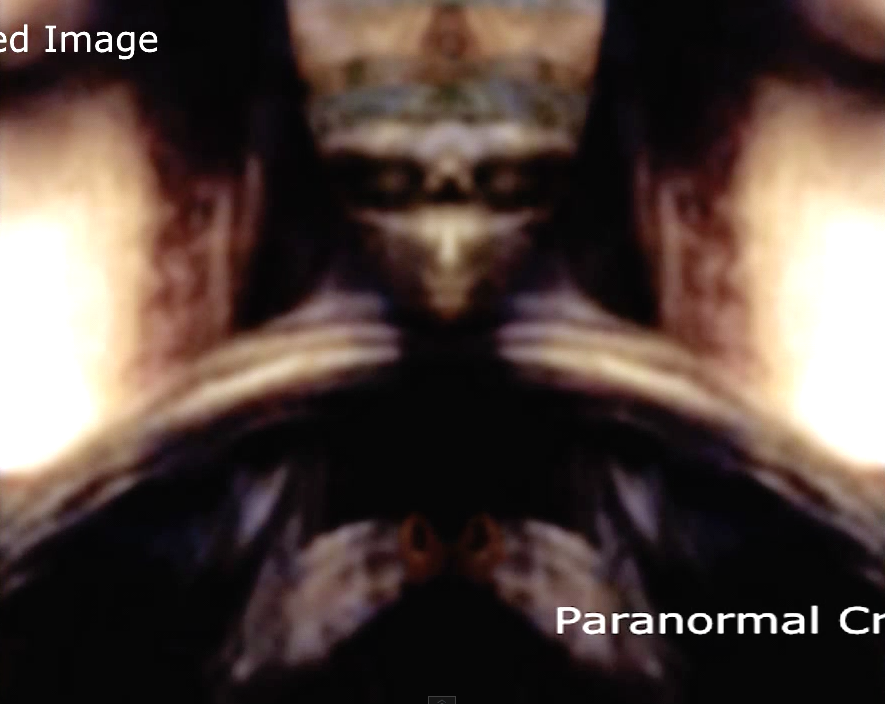 Last year UFO hunters found an image of an alien spacecraft in a painting depicting the home Vlad Tepes, the historical Dracula, from around the same time period.

In fact, this new, alleged discovery in the Mona Lisa is not the first time that UFO hunters have found an alien image in one of Da Vinci's masterworks. Other researchers have also claimed to find an alien depicted in Da Vinci's 1498 church fresco, The Last Supper.