UFO spotters looking for evidence of alien life have found plenty to get excited about in NASA photos sent back from Mars by the Curiosity Rover, the automobile-sized, robotic vehicle that has been roaming the surface of the Red Planet since August of 2012. But a new sighting in a black-and-white NASA photo from Mars may provide the most convincing evidence so far that something else is exploring Mars along with the NASA rover.

On the other hand, this UFO “discovery” could simply be a photographic defect, as NASA has claimed of previous UFO findings in Curiosity Rover photos.

Just in recent days, alien hunters have claimed to have spotted a wide variety of artifacts on Mars, revealed in the Curiosity Rover photos. The supposed detritus of an earlier civilization on Mars — or at least of extraterrestrial visitors — has included a Christian cross, a coffin, a carving of a cat, and even a likeness of United States President Barack Obama.

Needless to say, most of these “findings” seem pretty far-fetched. Most are likely just the result human eyes seeing oddly-shaped rock formations and interpreting the shapes as something familiar.

So what is this latest anomaly, spotted by the prolific YouTube UFO archivist Streetcap1 and posted on the popular blog UFO Sightings Daily by Scott Waring? Streetcap1 explores the UFO photo in the video, above.

Here is the original NASA Mars photo containing the anomaly hovering over the horizon. Notice the white streak in the upper left hand corner? Here’s what Waring had to say about it.

“This UFO has the classic disk design that we all know and love. It also has the raised center top and bottom that we have seen in other sightings. This object is about the size of a car and is there to observe the Mars rover,” Waring wrote on January 23, after the discovery three days earlier. “This is not only proof of alien life, but proof the rover is actually on Mars.”

Waring zoomed in on the photo to allow an enhanced view of the curious object photographed by the Curiosity Rover. 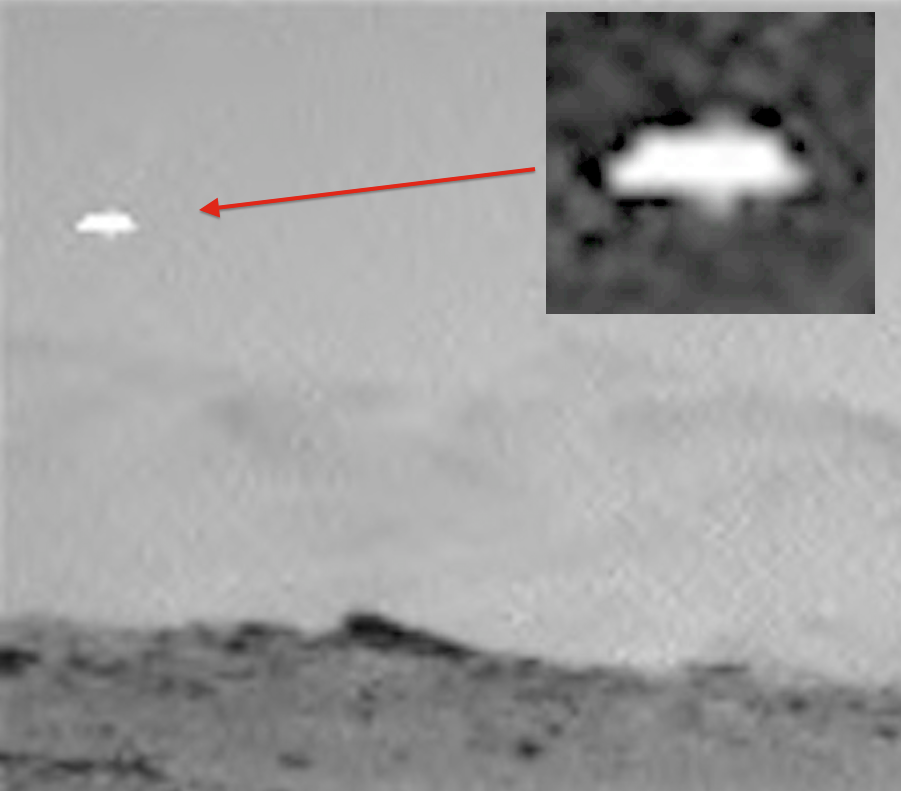 He provided an even closer view, as well. 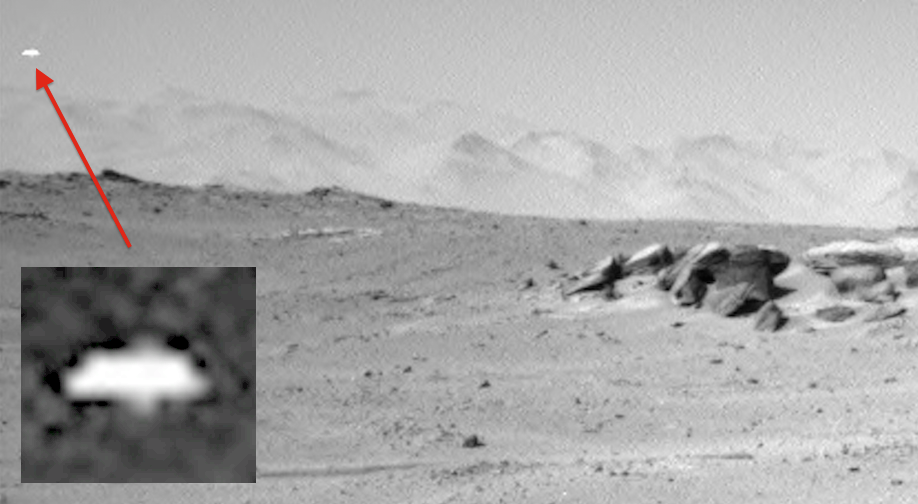 But this is not the first time that a NASA photo taken on Mars has appeared to capture a UFO mysteriously flying over the Martian surface. While NASA has not commented on the latest find, earlier photos had a non-alien explanation, according to NASA.

Instead, the white anomalies that appear in NASA photos to reveal a UFO are nothing but a “hot pixel” in the Curiosity Rover right camera, according to Justin Maki, one of the scientists who built the actual camera itself.

Kara Del Toro Slays In A White Mini Dress At The Beach While Embracing The ‘Malibu Sun’ July 14, 2020

Jilissa Zoltko Parades Around While Wearing A Tiny White Thong Bikini At The Beach July 14, 2020

Peter Weber Reveals Plans to Move To NYC With Kelley Flanagan After Giving Her A ‘Gumball Machine’ Ring July 14, 2020