Dozens of Russian jets sent NATO fighters scrambling to contain what one U.S. official called a "Putin show of force" over the weekend and escalating on Monday, as this year's rise in Russian provocations became an all-out blitz over the Baltic Sea -- with NATO intercepting 28 Russian aircraft on Monday alone.

On Sunday, the Inquisitr reported three incidents with NATO fighters in the Baltic region chasing off a total of 13 Russian jets.

The Russians followed that flurry with another 28 jets flying through the region Monday.

But Kirby added that even the startlingly large number of Russian jets confronted by NATO fighters in the Baltic skies was "not raising alarm bells" within NATO.

Among the 28 Russian jets intercepted Monday were several long range bombers that could be armed, in wartime, with nuclear weapons. They included the Tupelov Tu-22 bomber, similar to the aircraft pictured above, and the Tu-95 strategic bomber, as pictured below, which is actually not a jet but a four-engine turboprop plane. 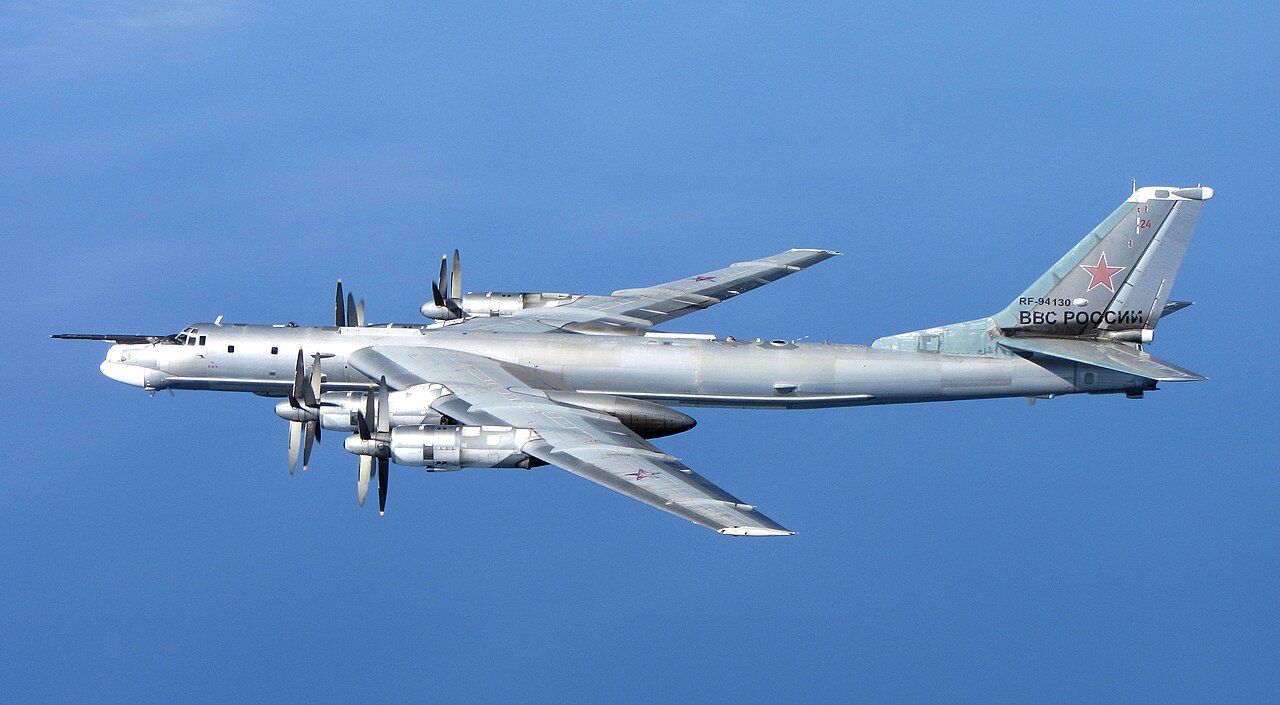 While 2014 has seen more Russian jets flying in or near NATO sir space than any year since the end of the Cold War, largely due to increased tensions over the ongoing Ukraine crisis in which Russia and the West are on opposite sides of the conflict, the latest blitz of aerial incursions may be a response to NATO itself moving nuclear-capable bombers into the Baltics.

Russia's Deputy Foreign Minister Aleksey Meshkov condemned the NATO moves as "a reality which is extremely negative," in a statement December 1.

While the Russian jets stay in international air space, they often fly dangerously close to NATO territory in countries such as Latvia, Lithuania, and Estonia and do not activate their transponders, making them essentially invisible to civilian air traffic controllers and creating a hazard for commercial aviation.

"Russian military activity has been considerable during the last few months. Such activity can be destabilizing and potentially dangerous, if international norms are not respected," NATO Spokesperson Oana Lungescu said Monday. "NATO remains vigilant. We continue to adapt our structures and capabilities to ensure we are prepared to defend against any potential threat to our collective security."

In addition to the jets, Russian submarines are also believed by NATO to be patrolling the Baltic Sea.
Latest Headlines