January Jones has grabbed headlines over the years with her romantic entanglements featuring a number of Hollywood leading men.

The 43-year-old movie star and model "has been linked to everything from comedians to an oil heir," per PopSugar, with her dating resume including rumored flings with Mad Men co-star Jon Hamm, Kingsman director Matthew Vaughn, Adrien Brody (2010), and Miley Cyrus' ex-husband Liam Hemsworth (2013).

While the twice Golden Globe nominee is notoriously private about her personal life, only supplying a steady streak of tantalizing selfies and bold fashion statements on her Instagram feed, her red carpet appearances have kept fans up to speed with her love life.

Scroll for a look at her most high-profile relationships. 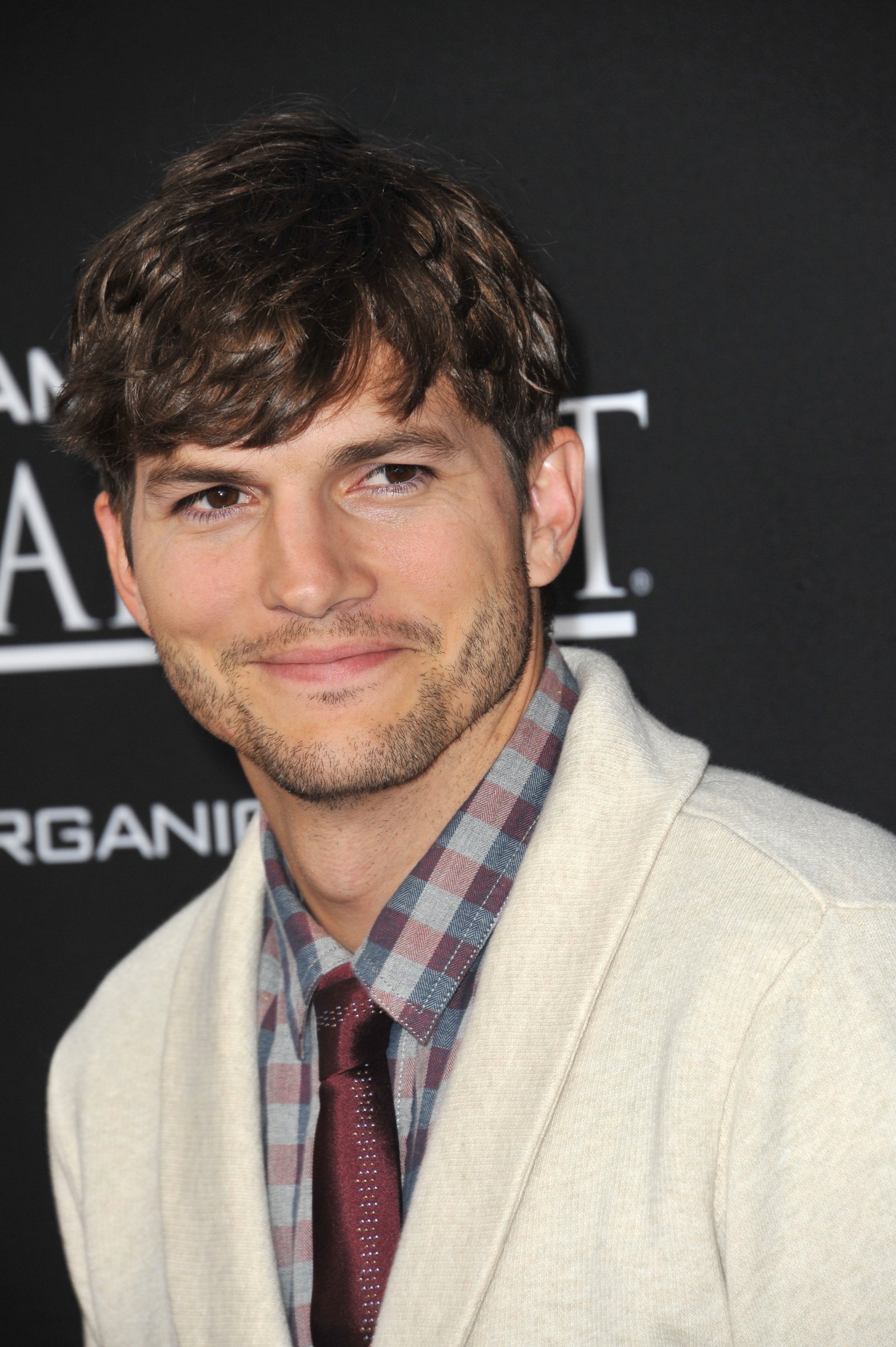 January's first public relationship was with That '70s Show star Ashton Kutcher, whom she dated for three years starting from 1998. While the pair seemed to be going strong, gracing red carpets together and reportedly moving into a love nest in L.A., some unsavory details transpired following their breakup in 2001.

For one thing, it came to light that Ashton was incredibly jealous of January's friendship with her Bandits co-star Bruce Willis, to the point where he became convinced they had an affair.

Meanwhile, January, who repeatedly denied the cheating allegations, opened up about the relationship in a 2009 interview with GQ, revealing that "the guy I was dating when I first got to L.A." -- presumably Ashton -- "was not supportive of my acting."

“He was like, I don’t think you’re going to be good at this. So – f**k you! He only has nice things to say now – if anything, I should thank him. Because the minute you tell me I can’t do something, that’s when I’m most motivated,” said the Emmy Awards nominee. 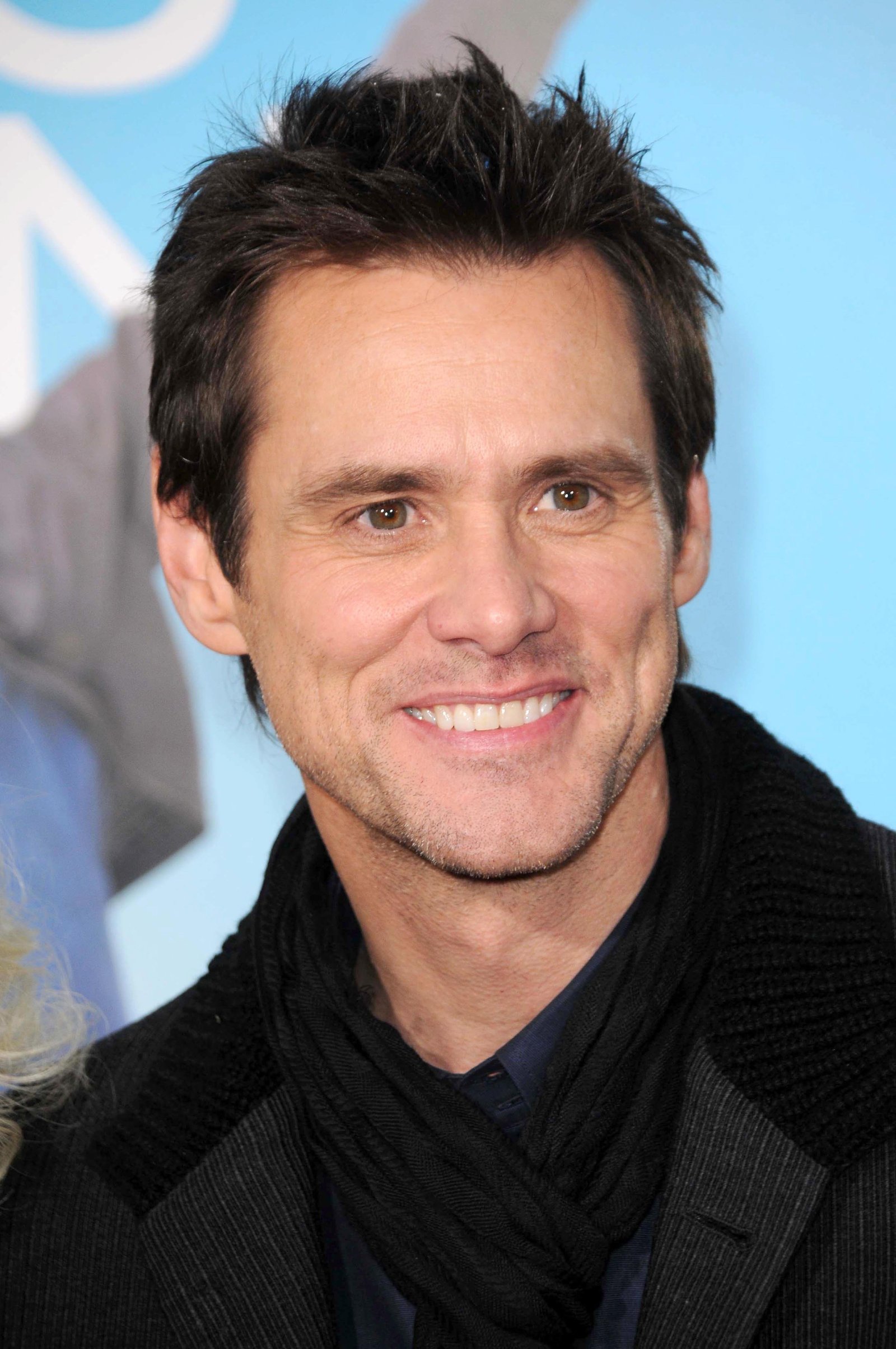 Sometime after her split from Ashton, January had a brief relationship with funnyman Jim Carrey, 69. The pair, who had a 16-year-age gap, got together in 2002 but things quickly ended after The Mask star discovered she was also dating oil heir and Mischa Barton's ex Brandon Davis, 42, at the same time. 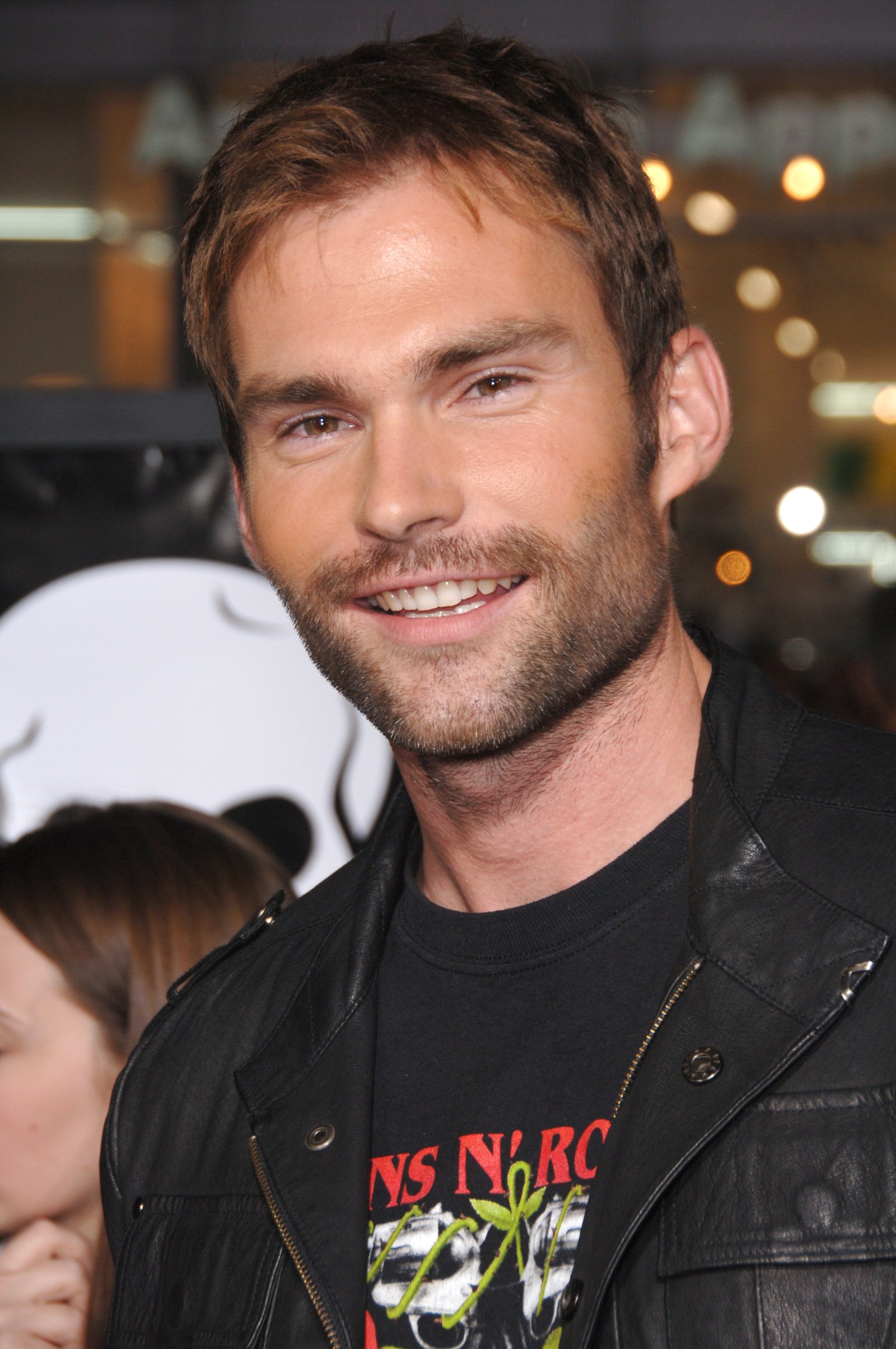 January and her American Wedding co-star Seann William-Scott, 45, became involved sometime after meeting on set in 2003. The pair only dated for a short while before the one-time Abercrombie and Fitch model moved on with someone else. 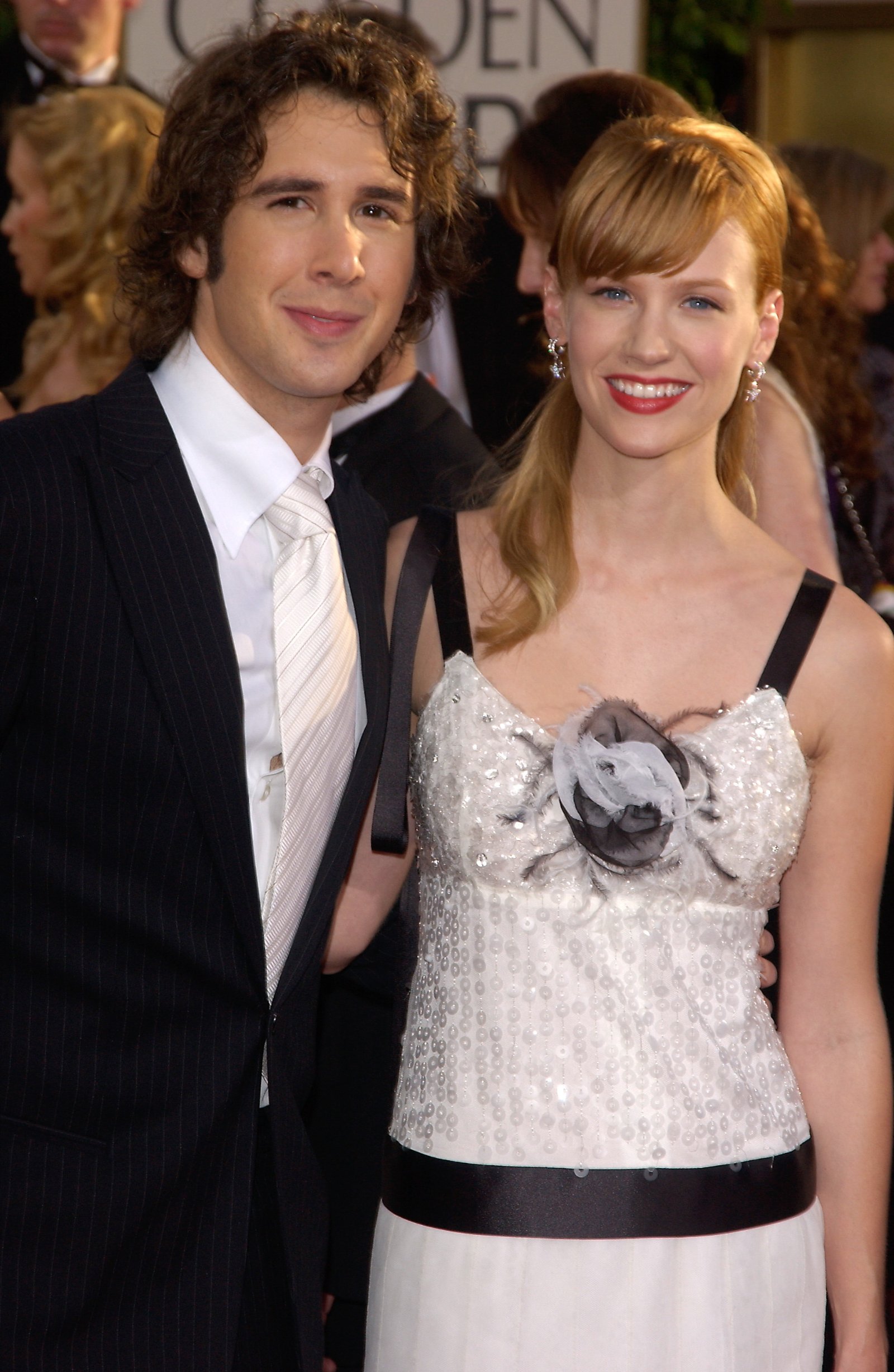 January didn't wait too long to get back into the dating pool, finding love in the arms of singer and actor Josh Groban, 40, that same year. The couple enjoyed a two-and-a-half-year romance, which the Ally McBeal alum said was his longest-lasting relationship.

"We were madly in love," Josh told Details, per a 2013 report from the Independent. "It was definitely my longest relationship." 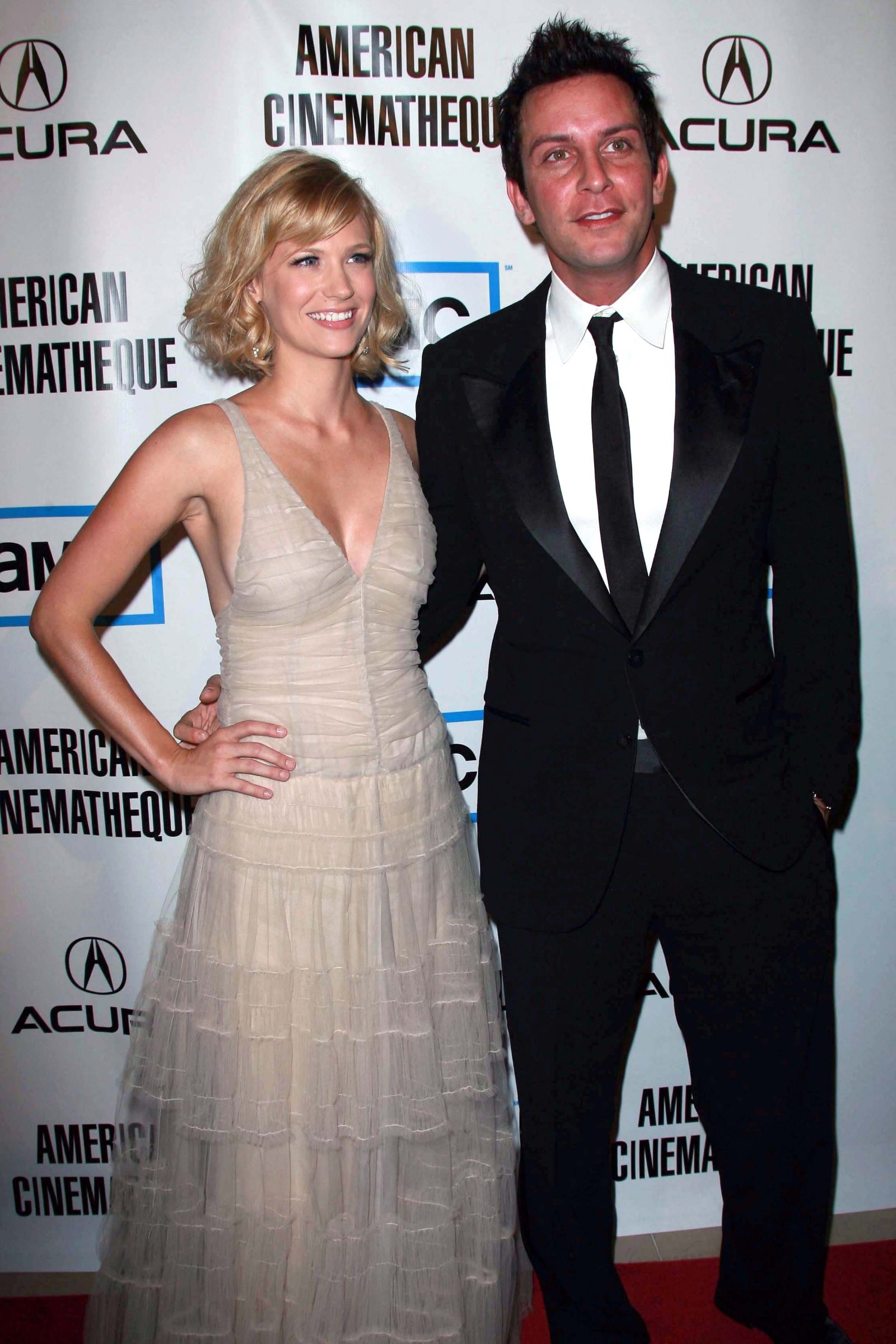 Following her high-profile romance with Josh, January enjoyed a one-year relationship with movie producer and Hollywood club promoter Tommy Alastra, 45. Known for The Iceman (2012), Sunset Strip (2012), and Jackals (2017), Tommy became involved with the gorgeous actress in 2008, with the couple splitting up sometime in 2009. 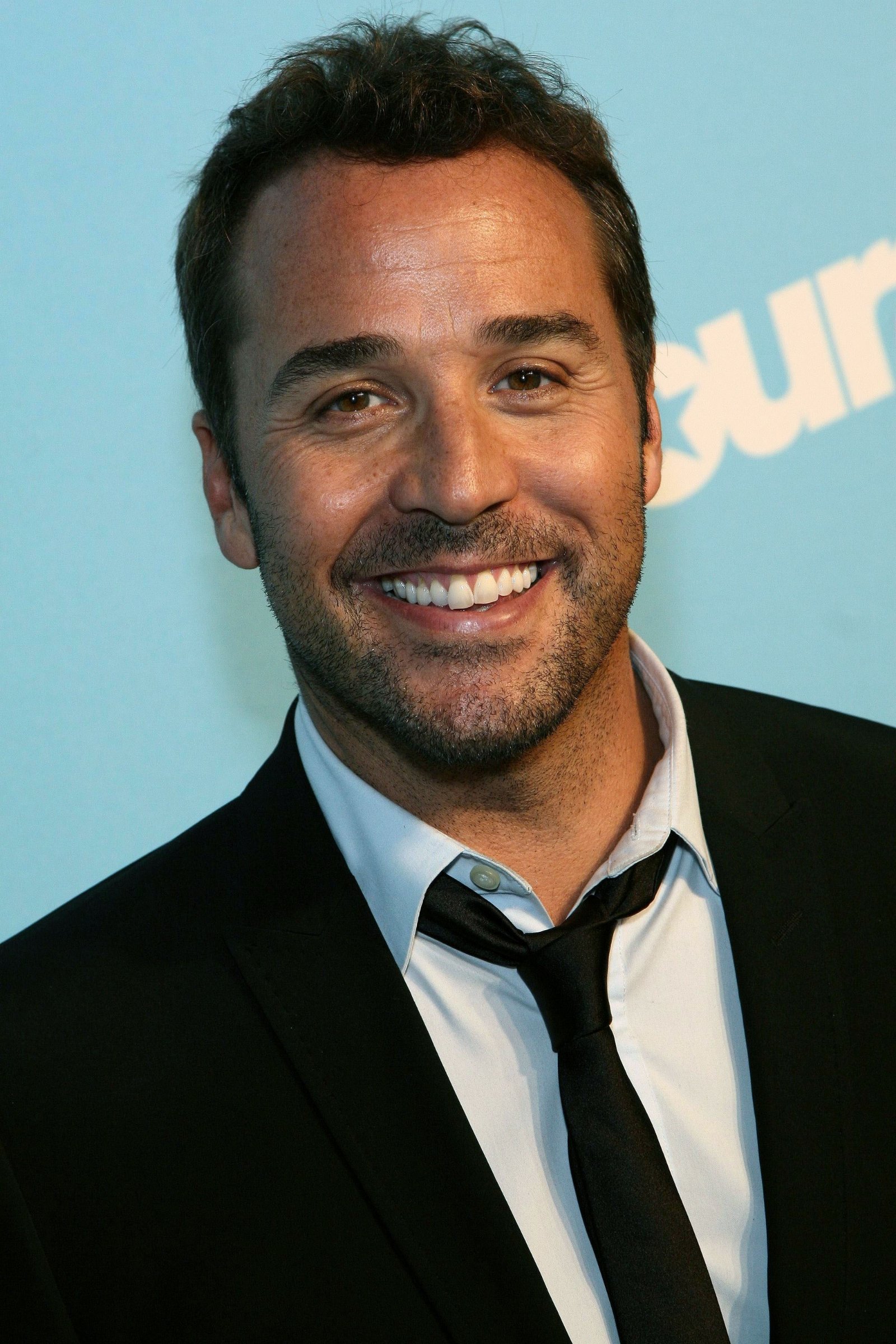 In early 2010, January and Entourage star Jeremy Piven, 56, sent dating rumors flying after making several public appearances together, including the Golden Globes party that year. The duo never confirmed they were seeing each other, so it's unclear whether they were actually an item. 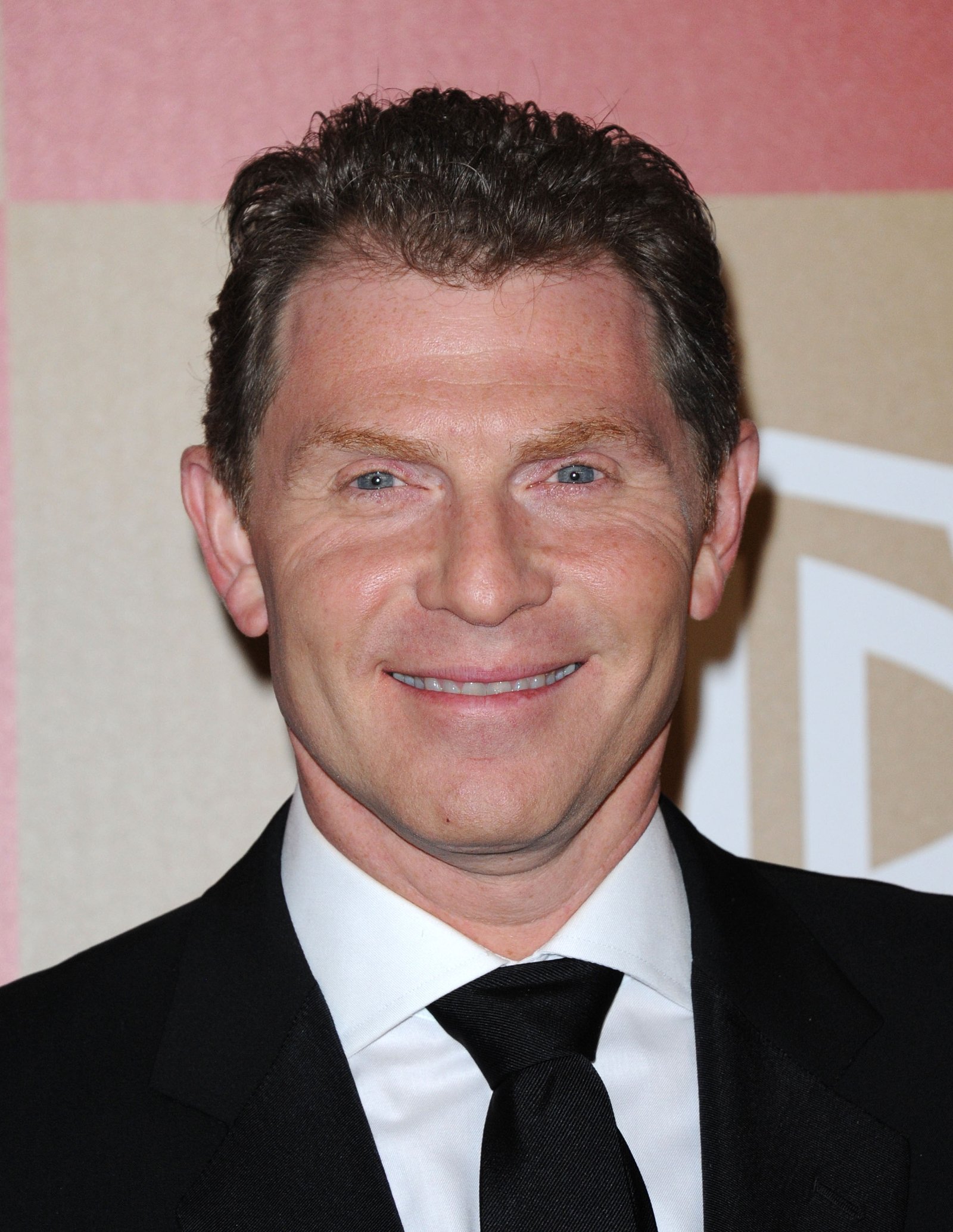 Dating rumors swirled again in June 2010, this time involving January and celebrity chef Bobby Flay, 56. Although their relationship was never confirmed, the pair sent tongues wagging after January called on Bobby for help following her car crash that year.

According to Page Six, Bobby's then-wife, Stephanie March, accused him of cheating on her with January, as well as with two other women during their 10-year marriage.

Bobby is also rumored to be the father of January's son, Xander, born in 2011. The actress has never disclosed the name of her baby daddy. 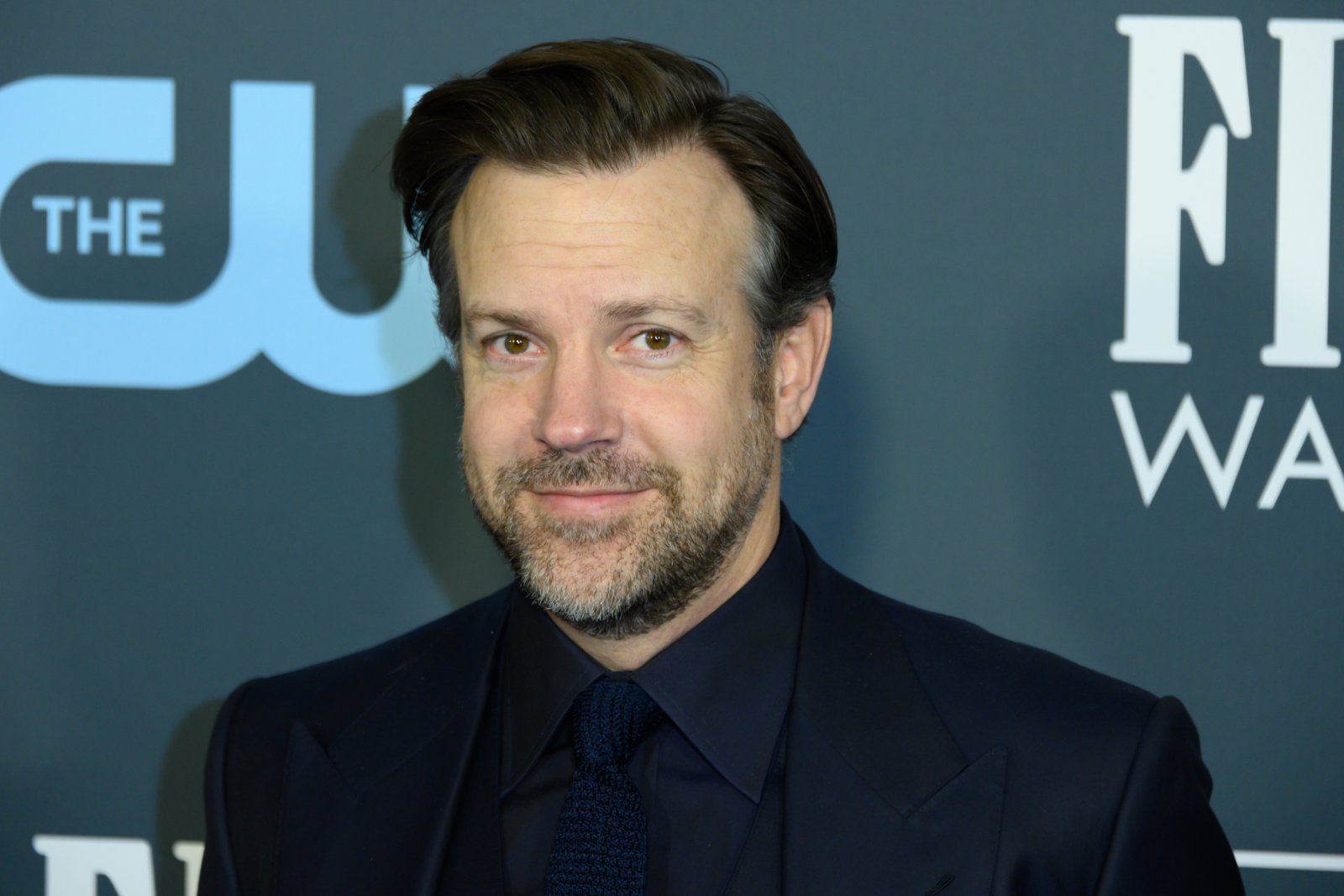 One month after the Bobby gossip, January was dating SNL comic Jason Sudeikis, 46. The pair were together from July 2010 until January 2011, reportedly calling it quits due to long distance. Jason went on to date Olivia Wilde, while January became a mother, announcing her pregnancy a few months after the split.

While fans have speculated that Jason could also be the father of January's only child, she has been adamant about keeping the name a secret, which served to further fuel rumors.

In a 2013 interview with The Edit, the actress only had this to say: "I knew I would be raising my son alone. It was something I went in to knowingly, I was prepared mentally -- and I was excited about it." 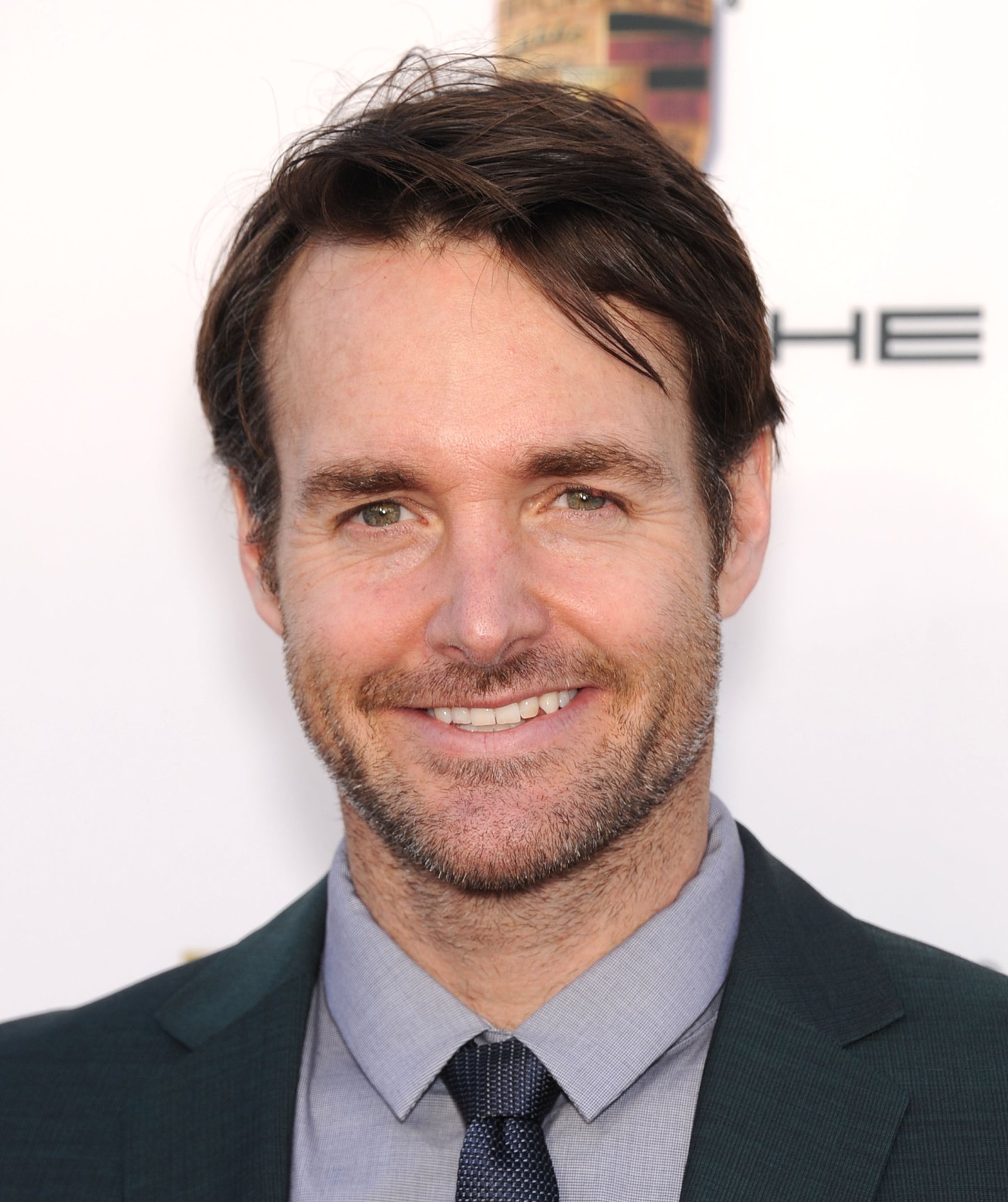 In 2015, January was linked to another co-star after she and Will Forte, 51, began dating shortly after the Last Man on Earth series was released. The couple hooked up in April that year, but their relationship only lasted for five months, until August. 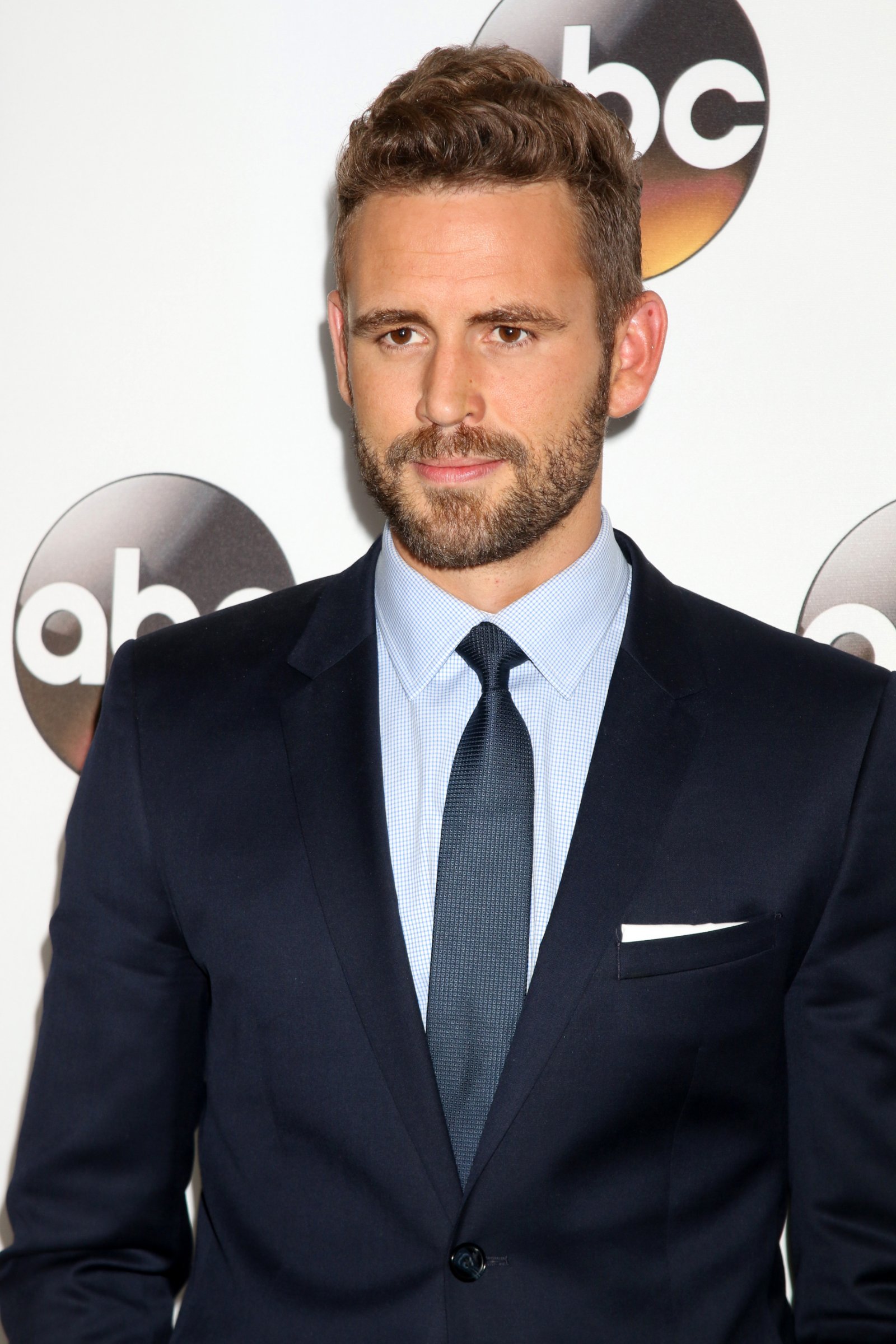 January briefly dated Bachelor alum Nick Viall, 41, after picking up an interest in the show in 2017. According to the actress, Nick reached out on social media after she expressed her negative opinion about him while discussing the dating show in several interviews.

“Then Nick slid into my DMs, and he’s like, ‘I’m so sorry that your perception of me is so negative. I’d love to take you out to coffee and see if I can change your mind.’ And I squealed! I was like, ‘Oh my God.’ … I was like, ‘I hate that guy!’” she told Dax Shepard during a 2020 appearance on his Armchair Expert podcast.

As for Nick, he had only praise for his ex in an interview with People earlier this year.

"The first time I knew who January was, I was a kid living in Milwaukee watching Mad Men, and this was like the hottest person I've ever seen," he said. "And then fast forward 10 years later, and I'm on a date."

Nick continued: "She was a delightful, wonderful person, and I enjoyed my time with her, and you know, it was great to get to know her." He added: "It's nice to still be able to call her a friend."