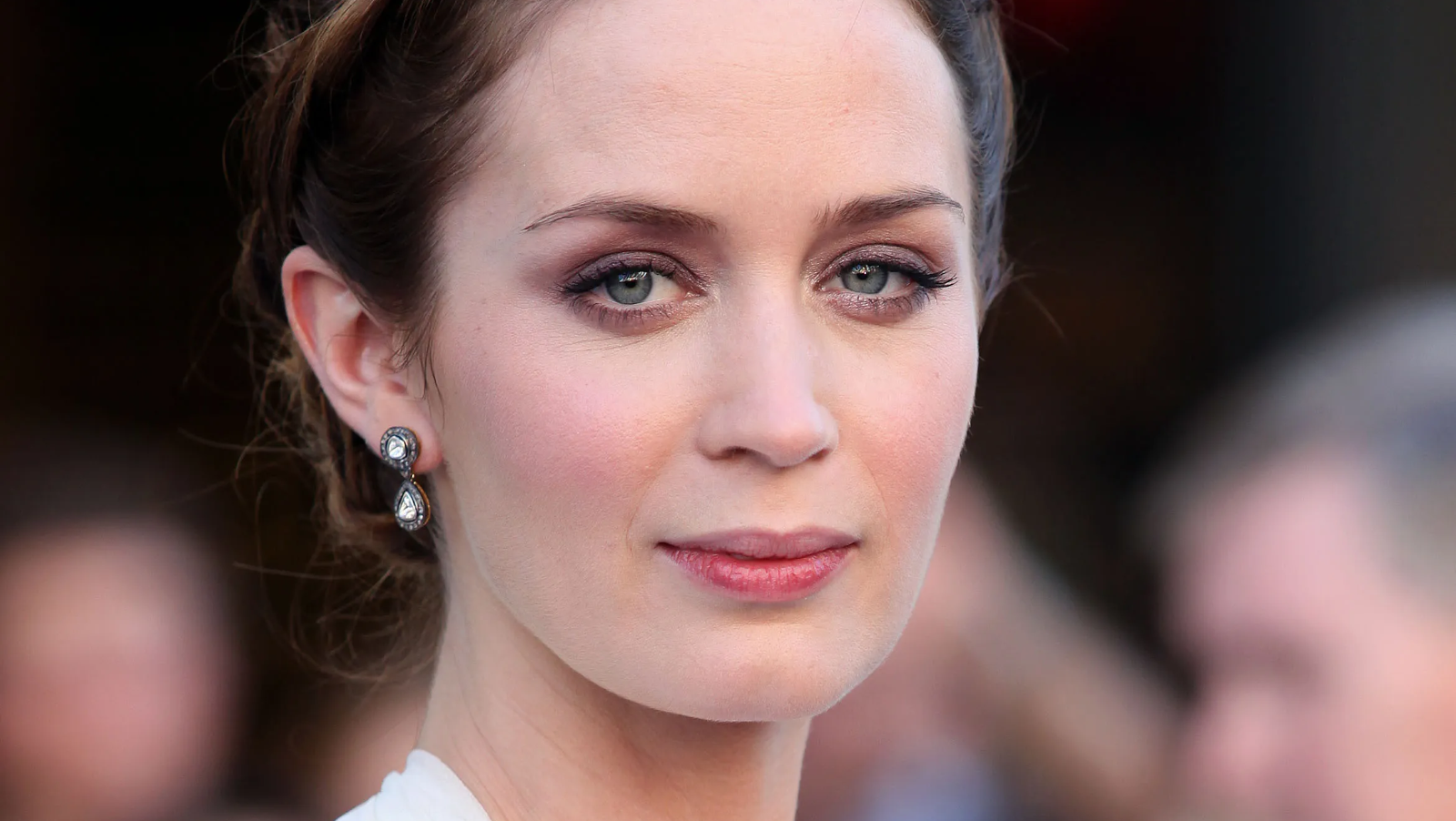 Emily Blunt set the record straight on why she turned down the role of Black Widow in an interview with Howard Stern earlier this year.

The 38-year-old British actress was director Jon Favreau's first choice to play the red-headed Russian spy. The role eventually went to Scarlett Johansson, who successfully portrayed the character in the Avengers films.

But, fans still can't help but wonder how Blunt would have done the role. Would she have been a better Black Widow? 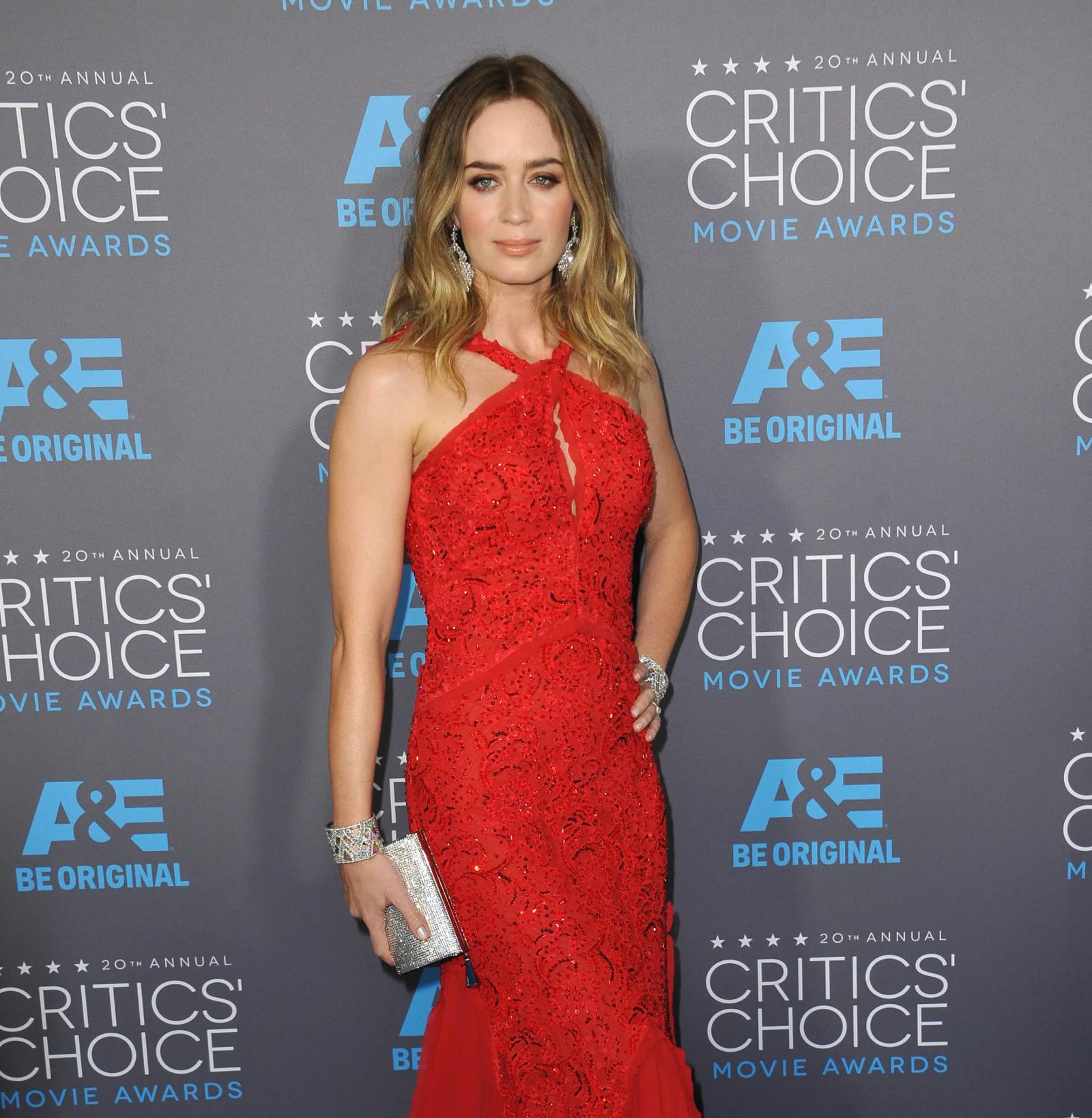 In an interview with Howard Stern, the actress was asked why she turned down a highly coveted Marvel role.

Blunt answered that she has wanted to clear things up for a long time. She didn't turn down the role because she was too busy, she actually had no choice because of prior contractual agreements.

"It was a bit of a heartbreaker for me because I take such pride in the decisions that I make and they mean so much to me, the films that I do. So, that was tough." 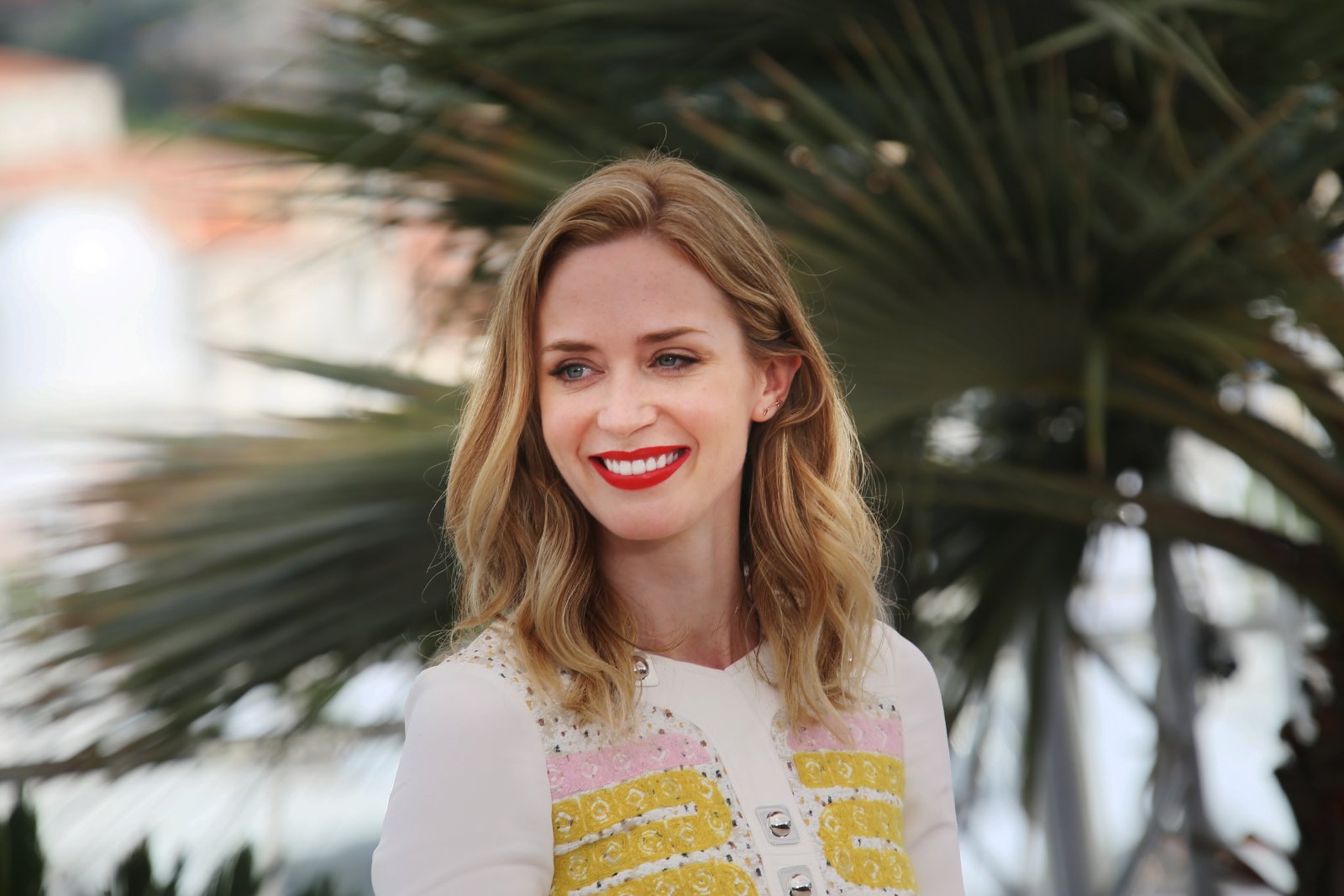 Blunt further elaborated on why her hands were tied during that time.

Apparently, 20th Century Fox had obligated her to do another film with them when she was cast in 2006 film The Devil Wears Prada.

Blunt had to pull out of Iron Man 2 because she was contractually obligated to do Gulliver's Travels. While Emily admits that she never wanted to be in that film, she speaks fondly about her time on set with the other actors. 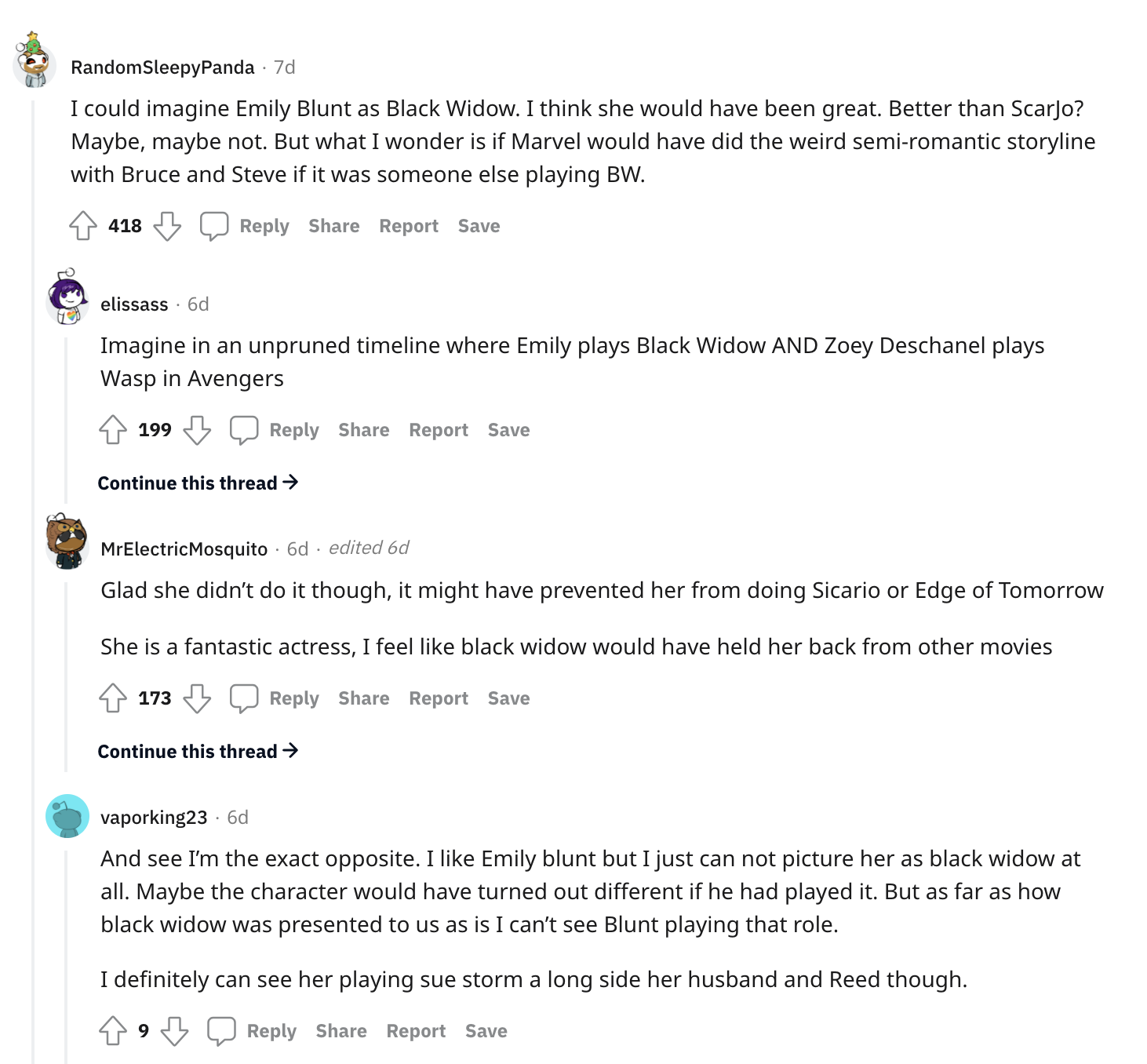 In a Reddit thread that posted the Howard Stern interview, Marvel fans couldn't help but wonder how Blunt's iteration of Natasha Romanoff would have been.

"I could imagine Emily Blunt as Black Widow. I think she would have been great. Better than ScarJo? Maybe, maybe not," one commenter wrote.

"Glad she didn’t do it though, it might have prevented her from doing Sicario or Edge of Tomorrow. She is a fantastic actress, I feel like black widow would have held her back from other movies," another one said. 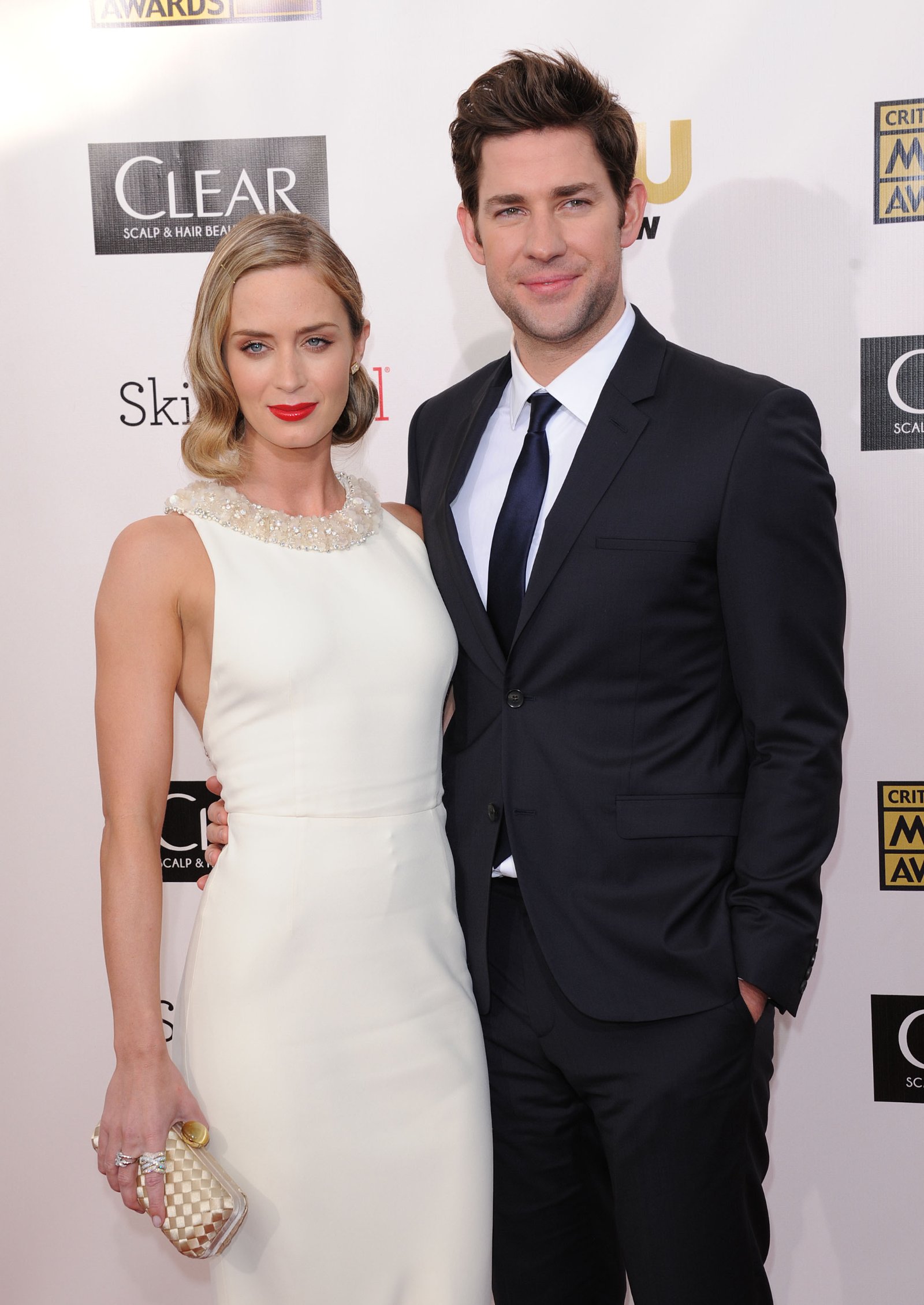 Another Marvel character that Blunt can't seem to shake off is Sue Storm of the Fantastic Four.

Blunt and husband John Krasinki have long been named by fans as the top actors for the rumored remake.

However, Blunt shut down the rumors, saying she feels the superhero genre has been "exhausted".

"I don't know if superheroes are for me," the star said. "They're not up my alley. I think it's been exhausted. We are inundated. It's not that it's only the movies, it's the endless TV shows as well."