The biographical crime drama House of Gucci -- which stars Lady Gaga, Jared Leto, Al Pacino, and Adam Driver -- will be released theatrically in the United States next week.

The film has rekindled interest in Maurizio Gucci's life, as well as his murder, which was carried out by a hitman hired by his wife Patrizia Reggiani.

Reggiani was sentenced to 26 years in prison and released on parole in 2016, after 18 years.

One of Gucci's lovers, Sheree McLaughlin, is now speaking out. Read more below.

Sheree McLaughlin, a native of Orange, Connecticut, met Maurizio Gucci in 1984, when she was 26 years old. They met in the Sardinian town of Porto Cervo during the 12-Metre Class World Championship.

A seasoned sailor, McLaughlin joined Maurizio's crew. Initially, she had no idea who she really was, but "was struck by how delighted he was by being out on the water," according to Bloomberg.

"It was as though he didn’t have anything like that in his life. He had come alive. We laughed so hard. I felt like I had known him all my life," McLaughlin told the outlet.

Gucci was married when he met McLaughlin, and so was she. But Maurizio nonetheless tracked McLaughlin down in Clearwater, Florida, where she and her husband ran an operation for the sailmaker North Sails.

The two talked on the phone every day, and Maurizio told her about the issues he was having with members of his family, who wanted to take ownership of the Gucci brand.

He also talked about the problems he was experiencing with his wife, and frequently shared stories about his two daughters, according to McLaughlin.

One day, McLaughlin told her husband that she got a job offer from Gucci and flew to Nice, France, to meet with Maurizio. When they met, the Gucci heir told her about his plans to rebrand his father's company.

In 1985, Maurizio told his wife he was leaving on a business trip. But he never returned. He packed his bags and simply vanished from her life.

"I was the catalyst. I didn’t want to break up his marriage, but he said it was already broken," McLaughlin told Bloomberg.

Sheree got a divorce a year later, and Maurizio rented her an apartment in New York. That's when their relationship officially began. 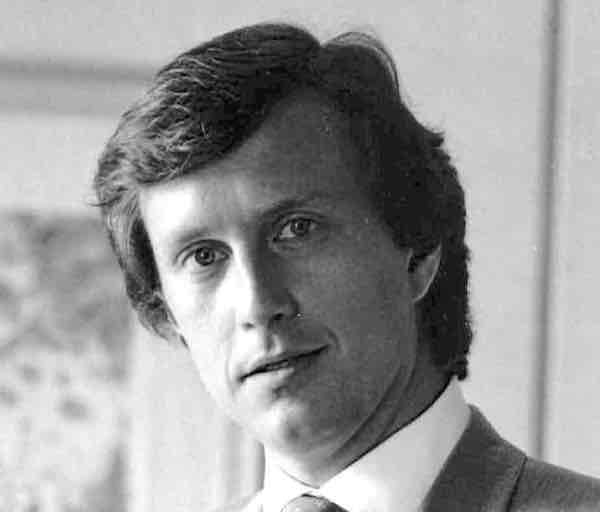 McLaughlin and Gucci saw each other frequently, meeting in New York, London, and Paris.

In 1988, McLaughlin moved to London, which made it easier for the couple to see each other. They traveled the world together, but after less than a year their relationship regressed.

In late 1989, McLaughlin told Maurizio she was ending their relationship.

On March 27, 1995, McLaughlin -- who was, at the time, working at Vogue -- received a phone call from Maurizio's lawyer Allan Tuttle.

"Sit down," Tuttle told her.

He explained what happened: Maurizio had been killed by a hitman as he walked up the steps of his office in Milan.