How Supermodel Emily Ratajkowski Got Discovered 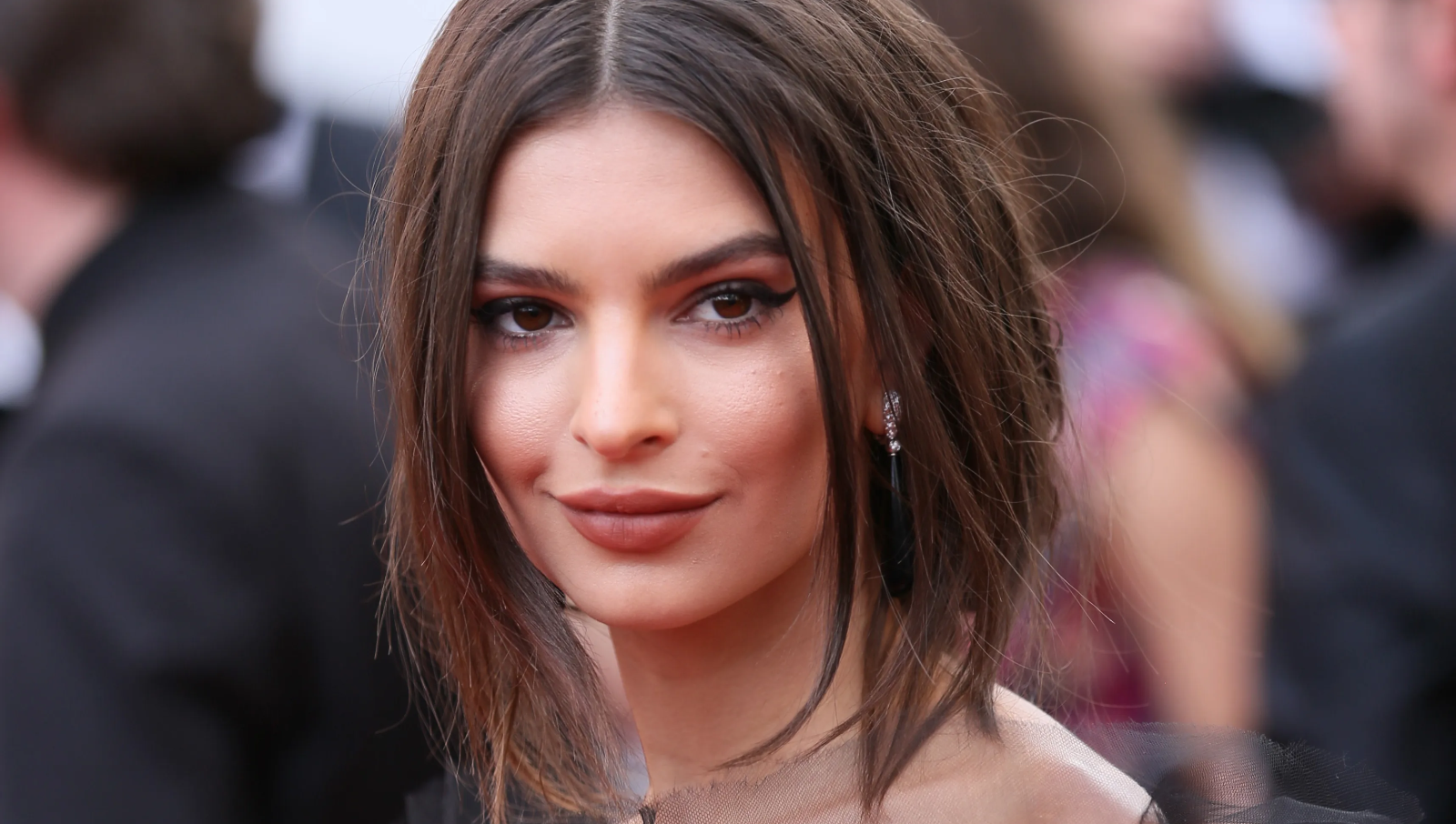 An actress, entrepreneur, and renowned model, Emily Ratajkowski found global fame after appearing in Robin Thicke and Pharrell Williams's music video for "Blurred Lines" in 2013. However, her career began long before the controversial clip, which the 30-year-old supermodel has described as "the bane of my existence."

Known for gracing the covers of famous magazines and for a host of movies that brought her popularity between 2014 and 2018, Ratajkowski kicked off her blossoming career as a teen, navigating the modeling and film industries simultaneously.

Now boasting a net worth of around $8 million, the London-born beauty is "a social-media phenomenon, a bona-fide cultural force, an accomplished entrepreneur, and, most recently, a mother and a beloved essayist," The New Yorker lists her many achievements.

Followed by 28.5 million on Instagram, Ratajkowski often reminisces about her beginnings on social media. However, her most candid account of how she was discovered came in her recent book of essays, aptly titled My Body.

Read all about the start of her career below. 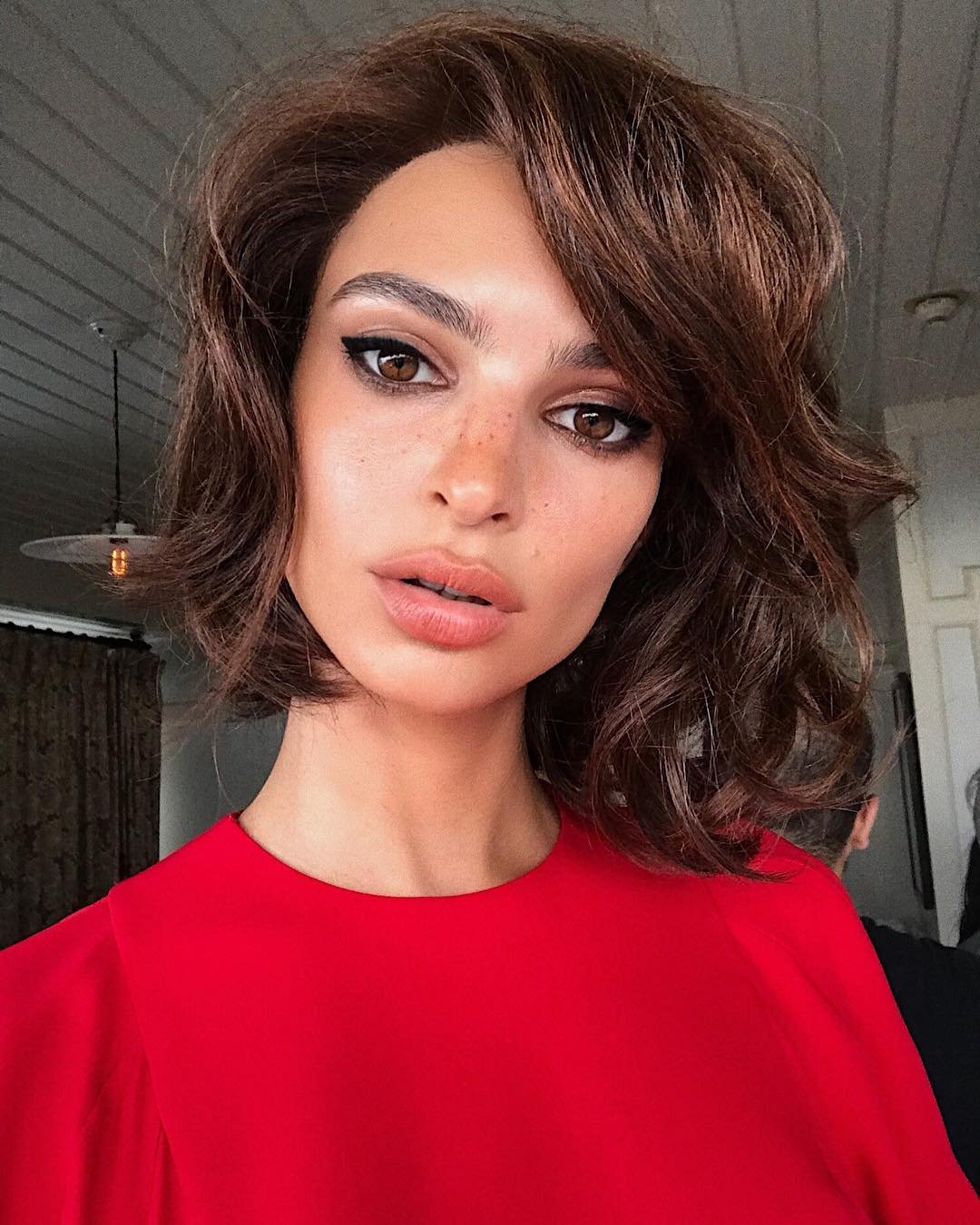 Ratajkowski was only 14 when the modeling world came calling. As she recounts in her book, she was first approached by an agent while in the checkout line at a grocery store, signing with Ford Modeling Agency shortly after.

According to Ratajkowski, who shared her "earliest modeling photos" aged 12 and 13 in an Instagram post from 2013, given below, it was her nude Treats! magazine cover in 2012, when she was 20, that got her cast in "Blurred Lines." She appeared in both the clean and the unrated version of the video, going fully topless in the latter.

Auditioning For Roles At 15 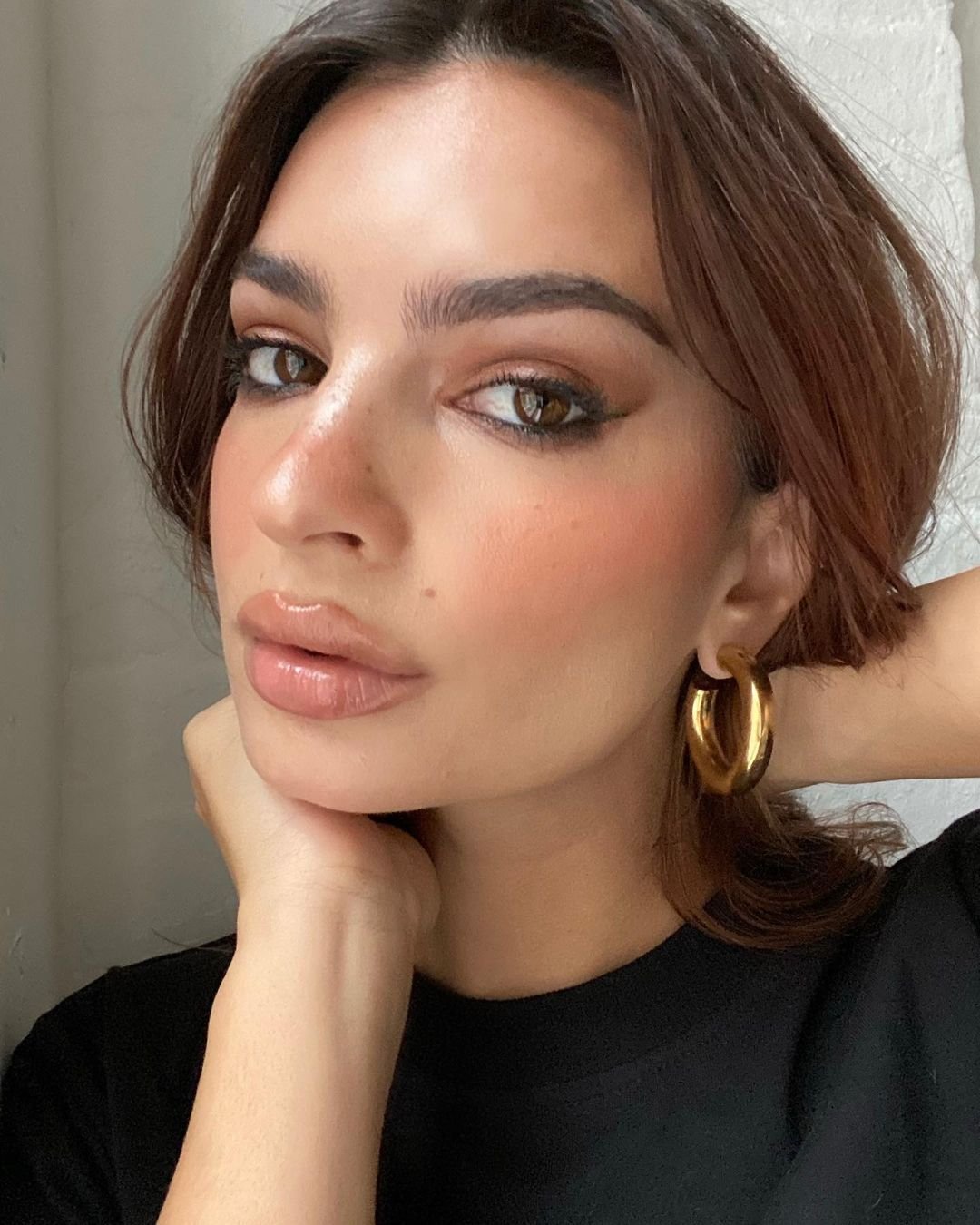 Around the same time that her modeling career was budding, Ratajkowski also had her eye on acting. A lover of theater from an early age (her first role was Elsa in The Little Match Girl) and the daughter of art-enthusiast parents (her father was a high school art teacher at the North Coast Repertory Theater School in southern California, where she also attended), she vigorously pursued acting in her preteen and teen years, going on auditions for iCarly at 15.

According to her IMDb page, she had a couple of small film appearances in 2004 and 2005, before landing a recurring role in the Nickelodeon series in 2009 and 2010.

A couple of years later, the young model appeared in two famous music videos -- Maroon 5's "Love Somebody" and "Blurred Lines" -- after which her movie career truly took off. She made her film debut in 2014's Gone Girl opposite Ben Affleck, for which Ratajkowski credits Robin Thicke's music video. She was in 2015's Entourage, landing her first lead role in We Are Your Friends alongside Zac Effron the same year.

She appeared in the 2015 mini-series The Spoils Before Dying, following it up with Cruise, I Feel Pretty, and In Darkness in 2018 and Lying and Stealing in 2019.

Below is a photo of Ratajkowski at age 16, shared on her Instagram feed.

The Burden Of Beauty 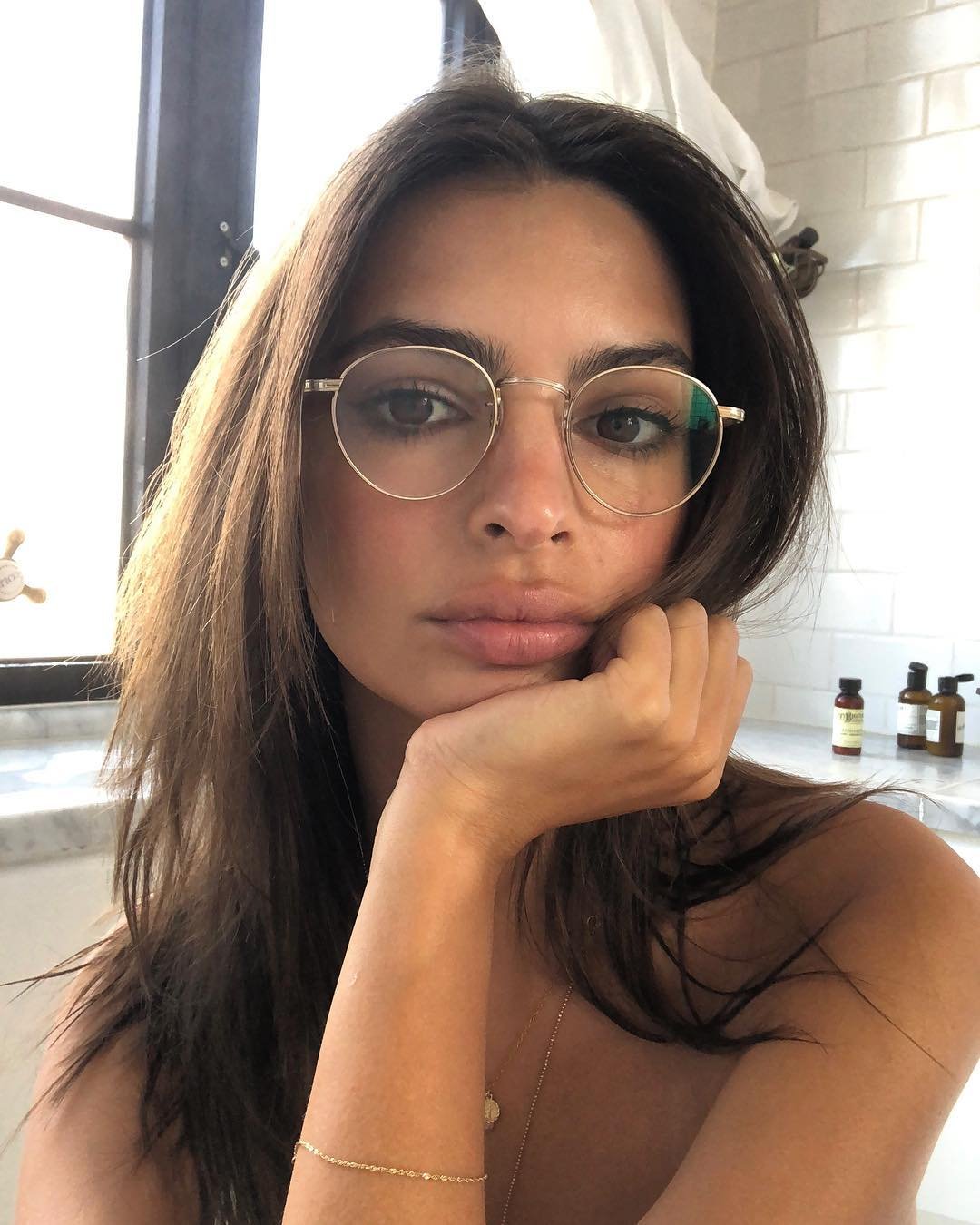 While her looks and enviable figure have certainly served her well in opening the doors to fame and fortune, Ratajkowski learned at an early age that beauty can also be a burden. In her book, the model and influencer opens up about her parents’ fixation on her physical appearance, revealing how adults sexualized her when she was still in high school.

“I was a child, but somehow already an expert in detecting male desire, even if I didn’t completely understand what to make of it,” she writes, per the New York Post.

As for her family's ardent support of her modeling career, Ratajkowski notes: “Beauty was a way for me to be special. When I was special, I felt my parents’ love for me the most.”

The mother-of-one, who details how important it was for her parents, "especially to my mother, that their daughter be perceived as beautiful," touched on the topic in an Instagram post from January 2020. Sharing a bikini photo of herself at age 14, in which she used to take pride, Ratajkowski explained that she has since realized there's more to her than a perfect body.

"I was just a kid in this picture and I wish the world had encouraged my 14-year-old self to be more than just my body," she wrote in the caption.

The model, who says she feels "empowered" through her body and sexuality, continued: "Luckily I have discovered the parts of me that are so much more important than 'sexiness', but if you’re a 14-year-old girl reading this, don’t worry about any of that for now. Read lots of books and know that what you see on Instagram is just a very small fraction of complete and beautifully complex human beings."

Capitalizing On Her Image In one of her essays, Ratajkowski, who has been accused of using her body and looks to advance her career, shared that she views the whole thing as “trying to succeed in a capitalist system." Explaining her decision to drop out of college after a year to pursue modeling full time, she says the choice came down to money.

“I considered my life and work as a model as a temporary situation,” she writes. “Money meant freedom and control.”

However, the Vogue model paints a contradicting image of that freedom in her book, describing her career as both empowering and a double bind that she pursues solely for financial reasons.

With a roaring 2014 debut in Sports Illustrated Swimsuit Issue and racy GQ covers, Ratajkowski's beauty became her ticket to financial security and success. Nevertheless, she quickly discovered the flipside after encounters with grubby photographers, being sued by paparazzi who claimed to own their pictures of her and watching others profit from her image.

“It had never occurred to me that the women who gained their power from beauty were indebted to the men whose desire granted them that power in the first place,” Ratajkowski, who walked the runway on New York, Milan, and Paris Fashion Week, shares in her book. “Those men were the ones in control, not the women the world fawned over."

In an attempt to take back control of her image, the supermodel, who has collaborated with famous brands such as Bottega Veneta, Dolce & Gabbana, and Versace, sold her first NFT this year for $175,000.

Yet, the quest to regain ownership of her image is still ongoing for the DKNY, Kerastase, and Paco Rabanne spokesperson.