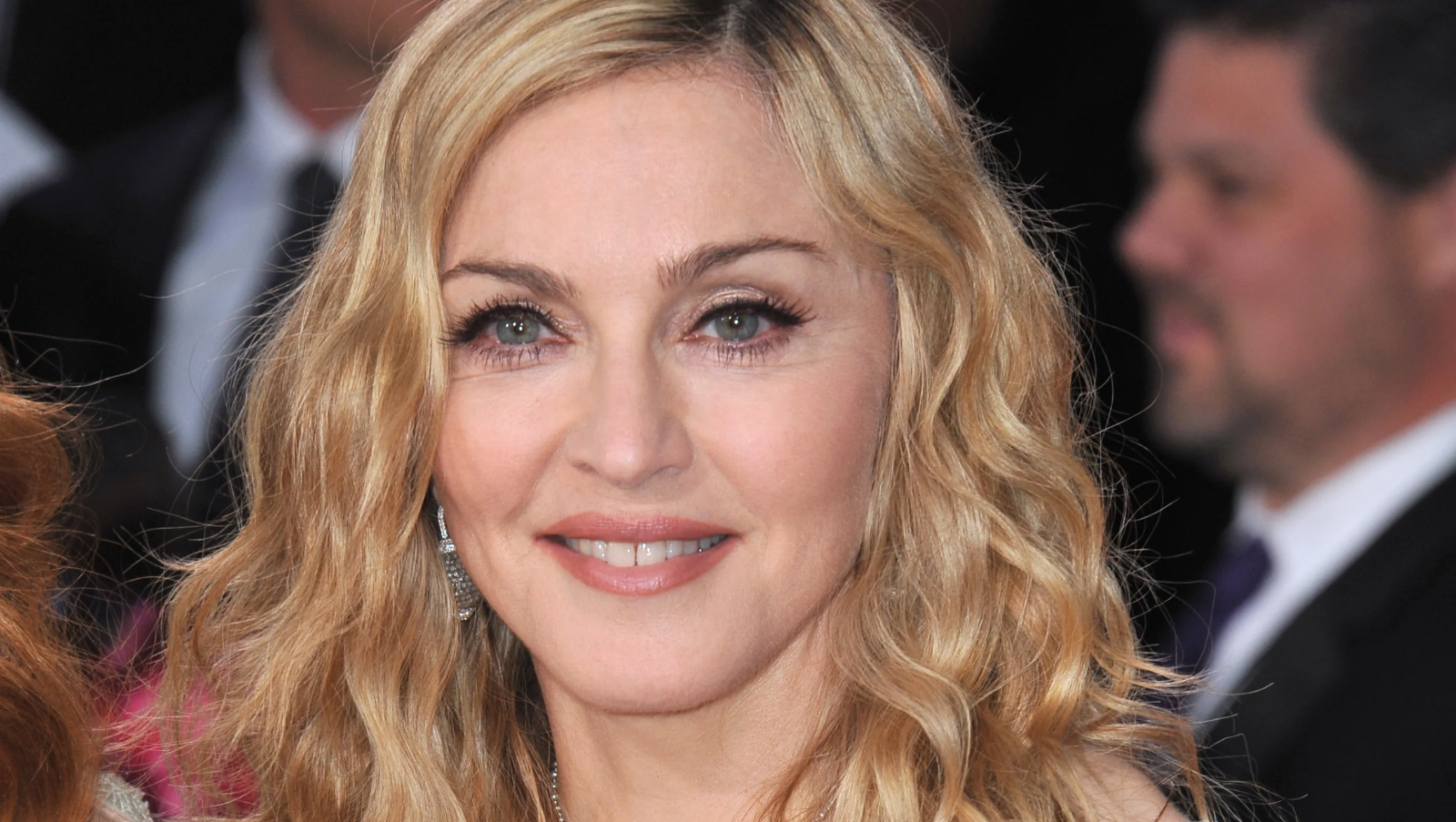 Madonna is speaking out on cancel culture. In a photo essay for V Magazine, wherein she honors Marilyn Monroe and her Last Sitting shoot with Bert Stern, the 63-year-old pop icon weighed into the cancel culture phenomenon, denouncing censorship as "frightening."

"No one’s allowed to say what they really think," the "Queen of Pop" told playwright Jeremy O. Harris.

Their interview comes amid Dave Chapelle's The Closer controversy, with the comedian facing cancellation after being accused of making anti-Semitic and transphobic comments in the Netflix special.

Madonna herself has come under fire for her V Magazine feature, which the star has been promoting on Instagram, with critics saying the photos allude to Monroe's "death bed." Building on one of the opening phrases of her Madame X concert film -- "Artists are here to disturb the peace" -- Madonna told Harris that what she's aiming to disturb as of now is the lack of discussion and debate.

"The way people think about the pandemic, for instance, that the vaccination is the only answer or the polarization of thinking you're either on this side or the other. There's no debate, there's no discussion," the superstar said in the interview. "That's something I want to disturb."

The "Vogue" singer continued: "I want to disturb the fact that we're not encouraged to discuss it. I believe that our job [as artists] is to disturb the status quo." 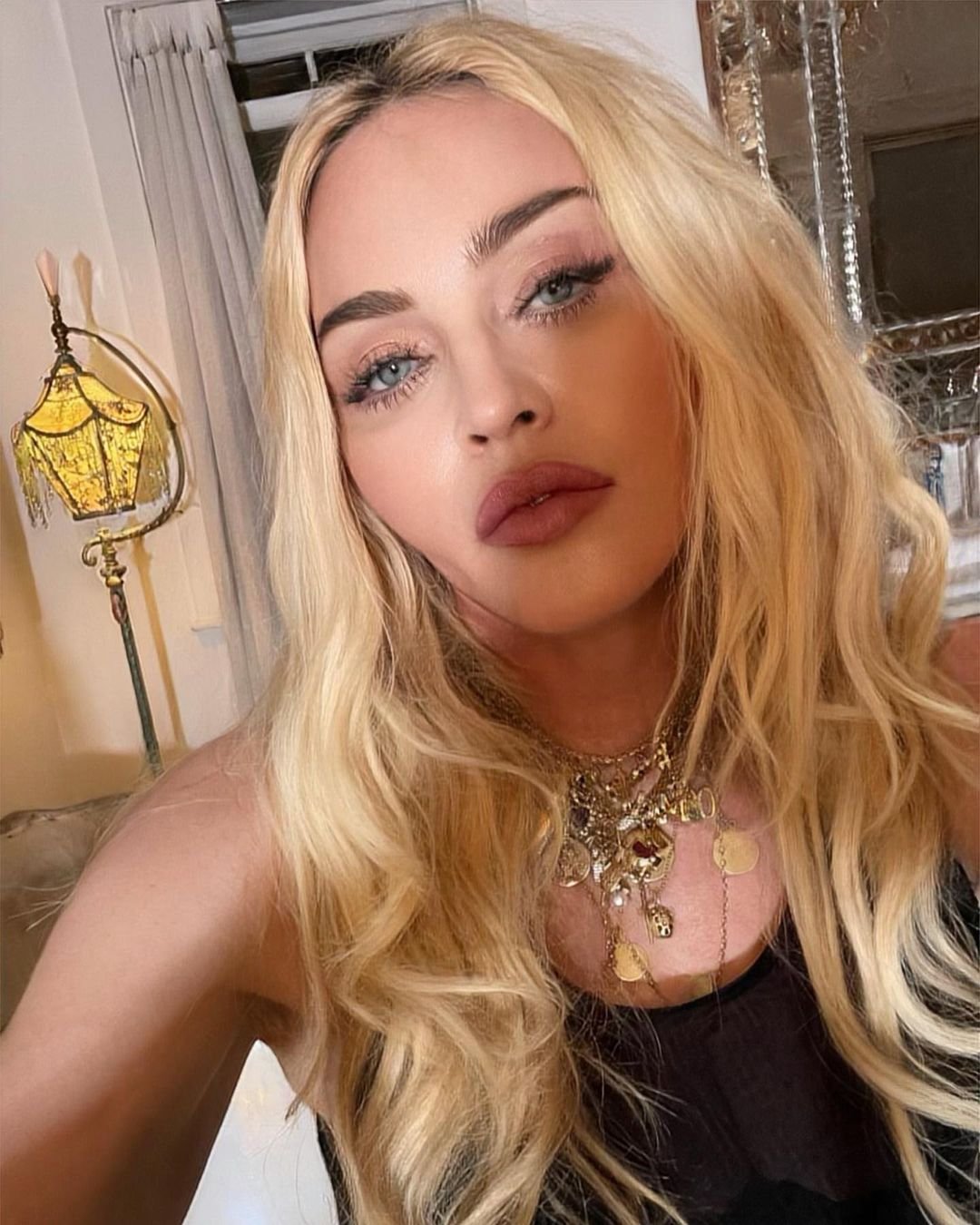 Always leading by example, Madonna went on to provoke "the censoring that's going on in the world right now," which she labeled as "pretty frightening."

Making the case that speaking up is important even when you're criticized for your opinions, she shared a poignant message about censorship: "The thing is the quieter you get, the more fearful you get, the more dangerous anything is. We’re giving it power by shutting the f**k up completely." 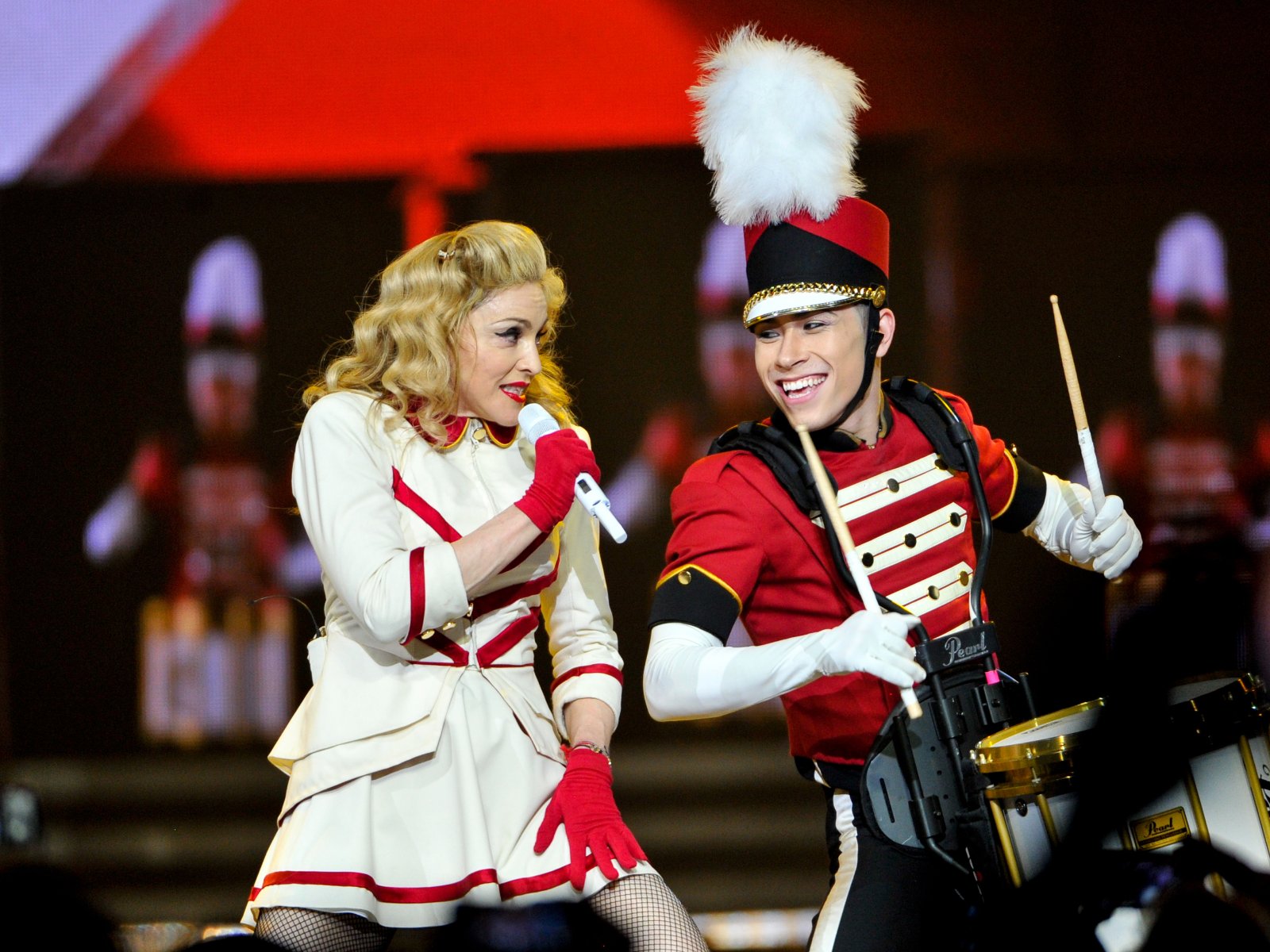 Madonna also addressed ageism in Hollywood, reassuring fans that she has no plans to hang up the microphone.

"I don't ever think about the limitations of time and when I should be stopping," said the megastar, revealing she never thinks about her age.

"I only think about it when extremely ignorant people say to me, 'Don't you think you've earned the right to just sit back and enjoy all of your success and all things that you've achieved and retire?’ Not retire, no one would dare say that word to me. I say to them, 'Wait a second. Why do you think I do what I do?'" 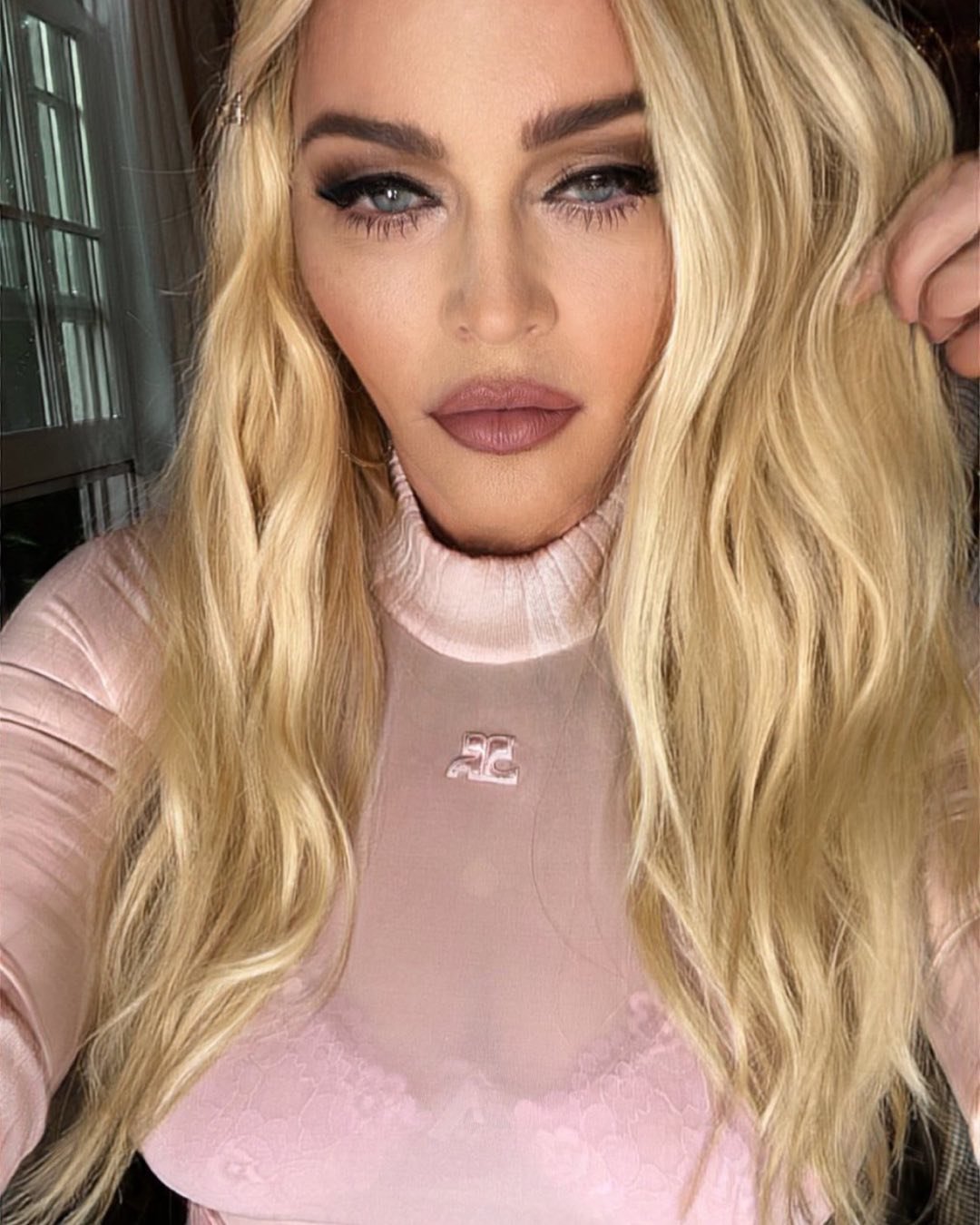 Her V Magazine spread, which came out on November 1, sees Madonna being unapologetically herself as she channels Monroe's last photoshoot with Stern just six weeks before her untimely death at age 36.

Bearing the creative mark of photographer Steven Klein, the heavily retouched photos show Madonna posing in similar positions to the iconic blond bombshell as she rocks blonde ringlets and lies on a hotel bed next to prescription pills.

However, the tribute shoot -- which was meant as "the ultimate homage to silver screen siren #MarilynMonroe and her incomparable work with American photographer #BertStern," per the magazine's Instagram -- has been deemed "gross and inappropriate" by some members of the public, including NBCUniversal senior executive Mike Sington.

“For some morbid and eerie reason, Madonna decides to re-create Marilyn Monroe’s death bed,” he said on Twitter.

Clapping Back At Critics 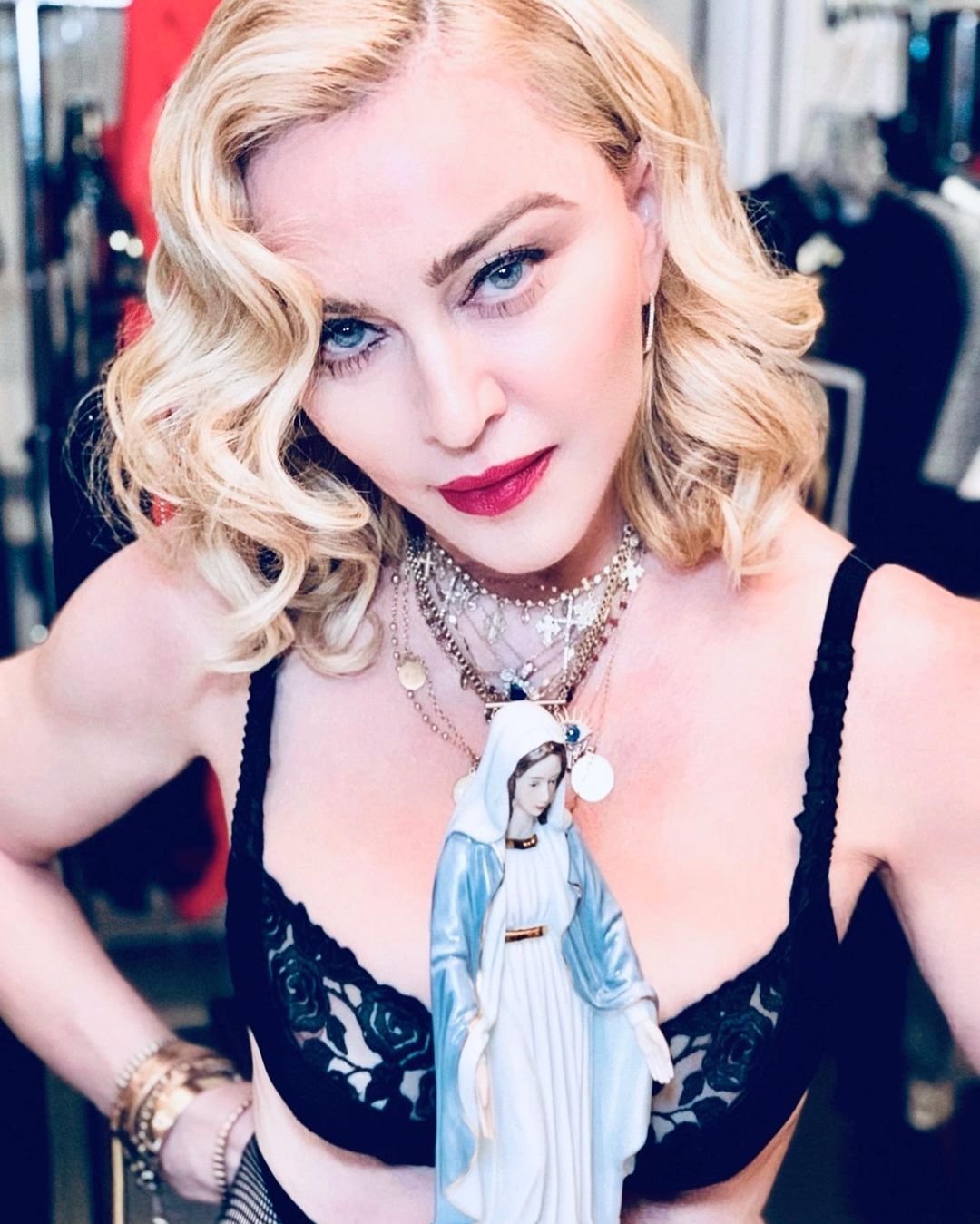 Proving yet again that she's not afraid to speak her mind, Madonna took to social media to address the matter. In an Instagram post on November 2, given below, the singer and actress defended the shoot as "a short film about the intimate relationship between a photographer and his muse."

"Im [sic] Paying homage to her incandescent fragility that I saw in this shoot [The Last Sitting]," she wrote, clapping back at critics: "I'm celebrating the life of this great artist. If you are too stupid to recognize [it] — i cant [sic] help You!"

In the past, the star has often expressed her deep admiration for the late Monroe, honoring her idol in the music video for her 80s' hit, "Material Girl." Watch the video on YouTube!

Likewise, Klein felt the need to include a personal message in the photo essay, clarifying that his aim as a photographer was "to capture the liaison between a star and the camera, the mystery, and magic of this creative collaboration."

"What was supposed to be a three-hour sitting, turned into a three-day whirlwind, working night and day," he said of Monroe and Stern's Last Sitting. "Drinking, laughing, shooting photos, editing, sleeping, and then taking more photos–a private affair between two artists which rarely happens anymore."