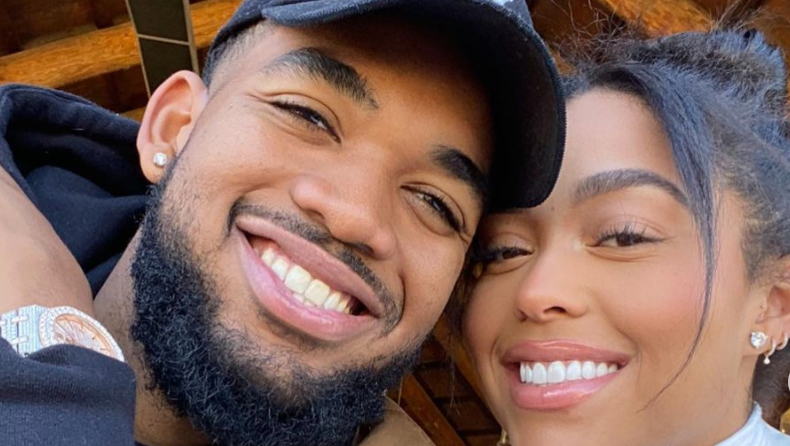 Jordyn Woods and Karl Anthony-Towns are more in love than ever. The 23-year-old model and the Minnesota Timberwolves center, 25, have recently celebrated their one-year anniversary and things couldn't be going any better for the happy couple.

However, although the two definitely seem like a match made in heaven, their relationship has been fraught with all kinds of rumors ranging from cheating allegations to possible wedding bells in their immediate future.

Here's what we know about Jordyn and Karl's relationship so far.

They Got Together One Year After The Tristan Thompson Cheating Scandal 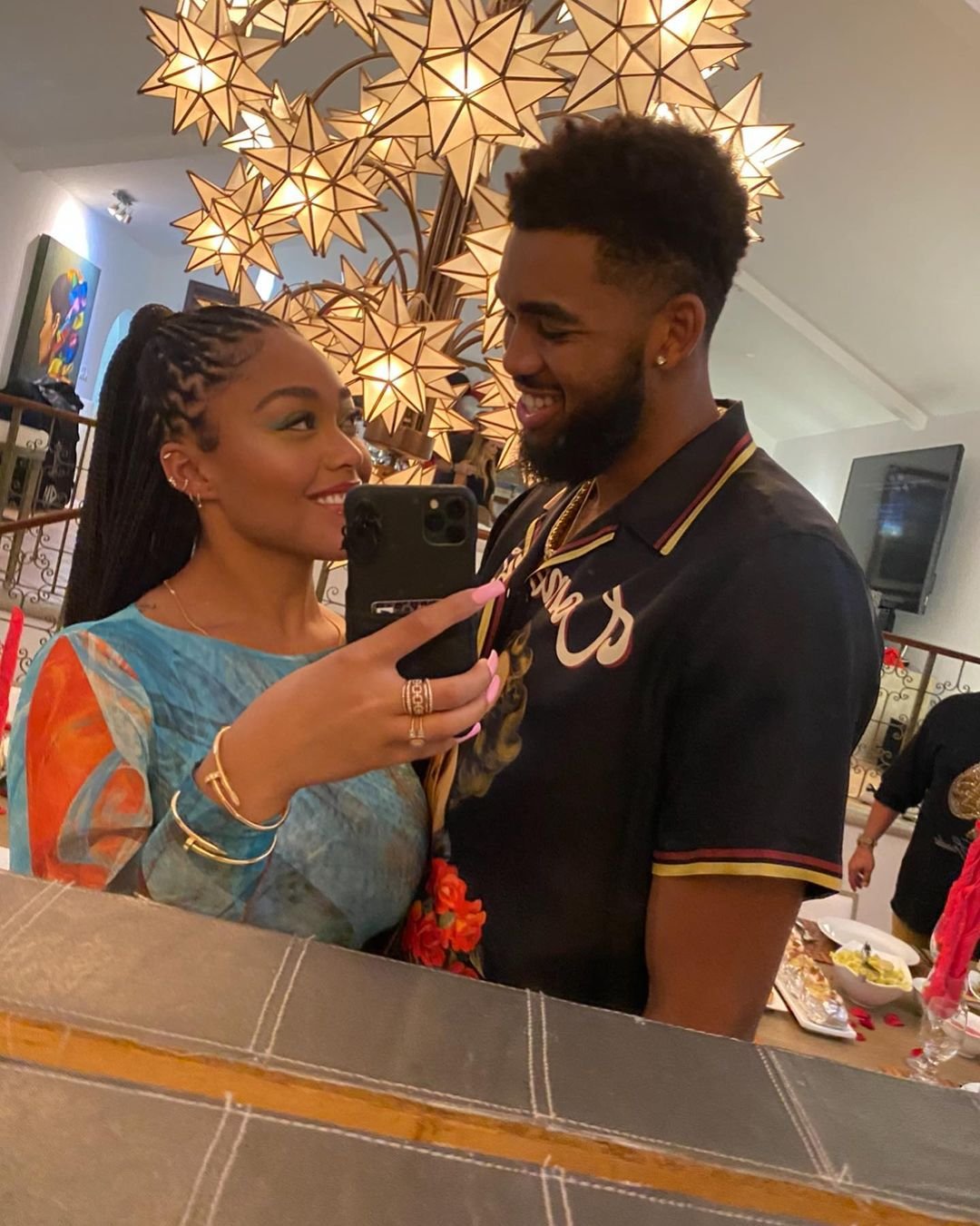 Jordyn and Karl are now head-over-heels in love with each other but the two originally started out as friends. In fact, when they were first spotted out together in August 2019, the socialite was adamant the NBA player was "like a brother" to her, per Cheat Sheet.

Their friendship, which reportedly started years ago, eventually blossomed into romance, with the couple going Instagram-official in September 2020. At the time, Jordyn shared a few photos of her and Karl snuggling on a beach. The pair looked adorable as they twinned in Versace swimwear.

"I found you, then I found me," Jordyn captioned the post.

Likewise, Karl uploaded a few snaps from their seaside getaway, gushing over his new girlfriend in the caption: "There are darknesses in life and there are lights, and you are one of the lights, the light of all lights."

They Connected Over The Loss Of A Parent 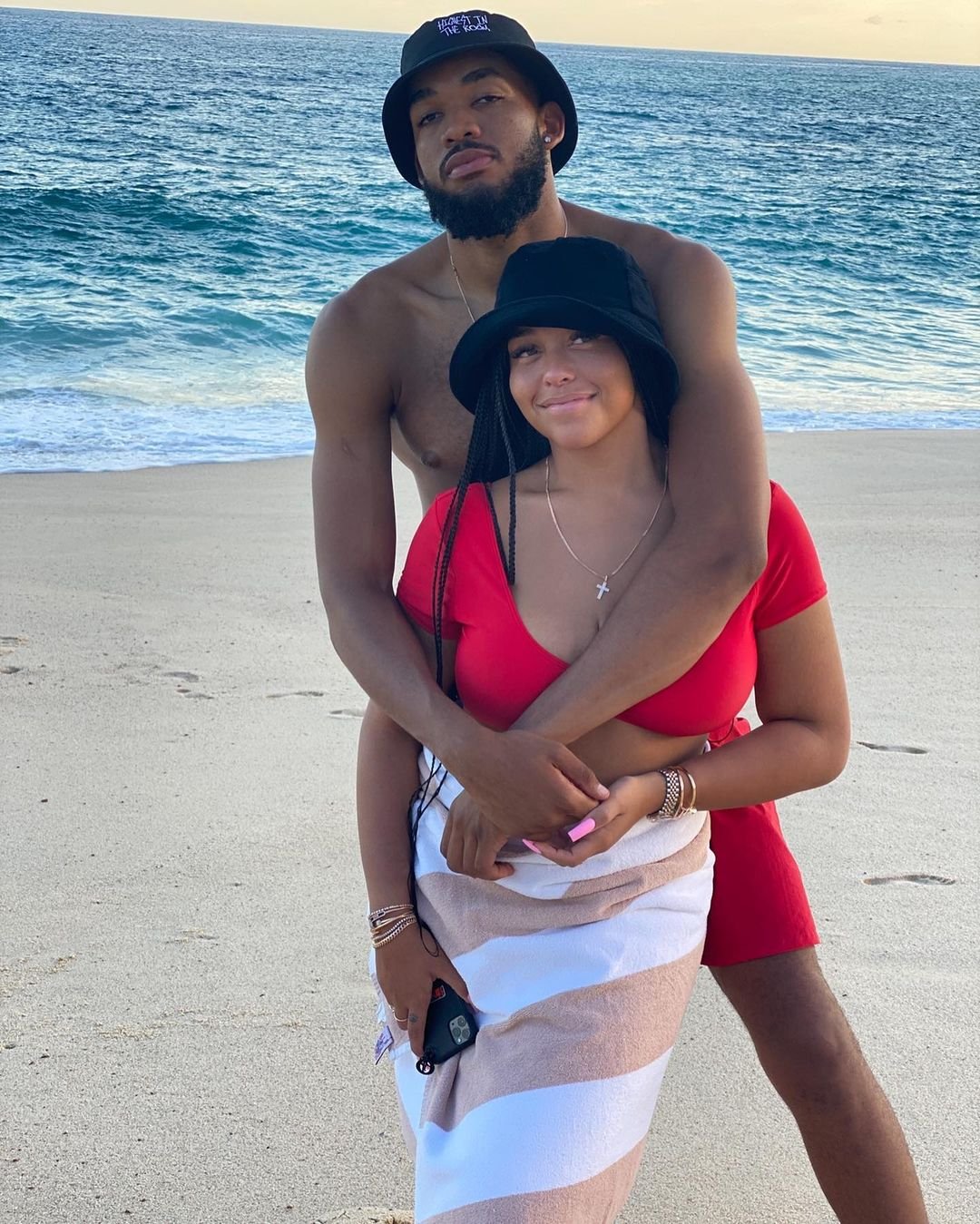 Fans were in shock when Jordyn and Karl made their relationship public, particularly since the event occurred just one year after the Tristan Thompson cheating scandal when Jordyn was still facing backlash following her rumored affair with Khloe Kardashian's baby daddy.

While much of the world was still against her, the former BFF of Kylie Jenner found an ally in the NBA star, the two of them growing close throughout the COVID-19 pandemic.

Chatting with Extra shortly after announcing their relationship, Jordyn revealed she and Karl had been friends "for a long time" and "connected about losing a parent at a very young age," per People.

Karl had lost his mother, Jacqueline Towns, earlier that year to coronavirus. Meanwhile, Jordyn's father, John Woods, passed away in 2017 after losing the battle with cancer.

“Jordyn and Karl were friends for the longest time and then when his mom passed [in April], she was really able to be there for him because she understood exactly what he was going through,” a source close to Jordyn told Hollywood Life last September.

They Supported Each Other Through Quarantine 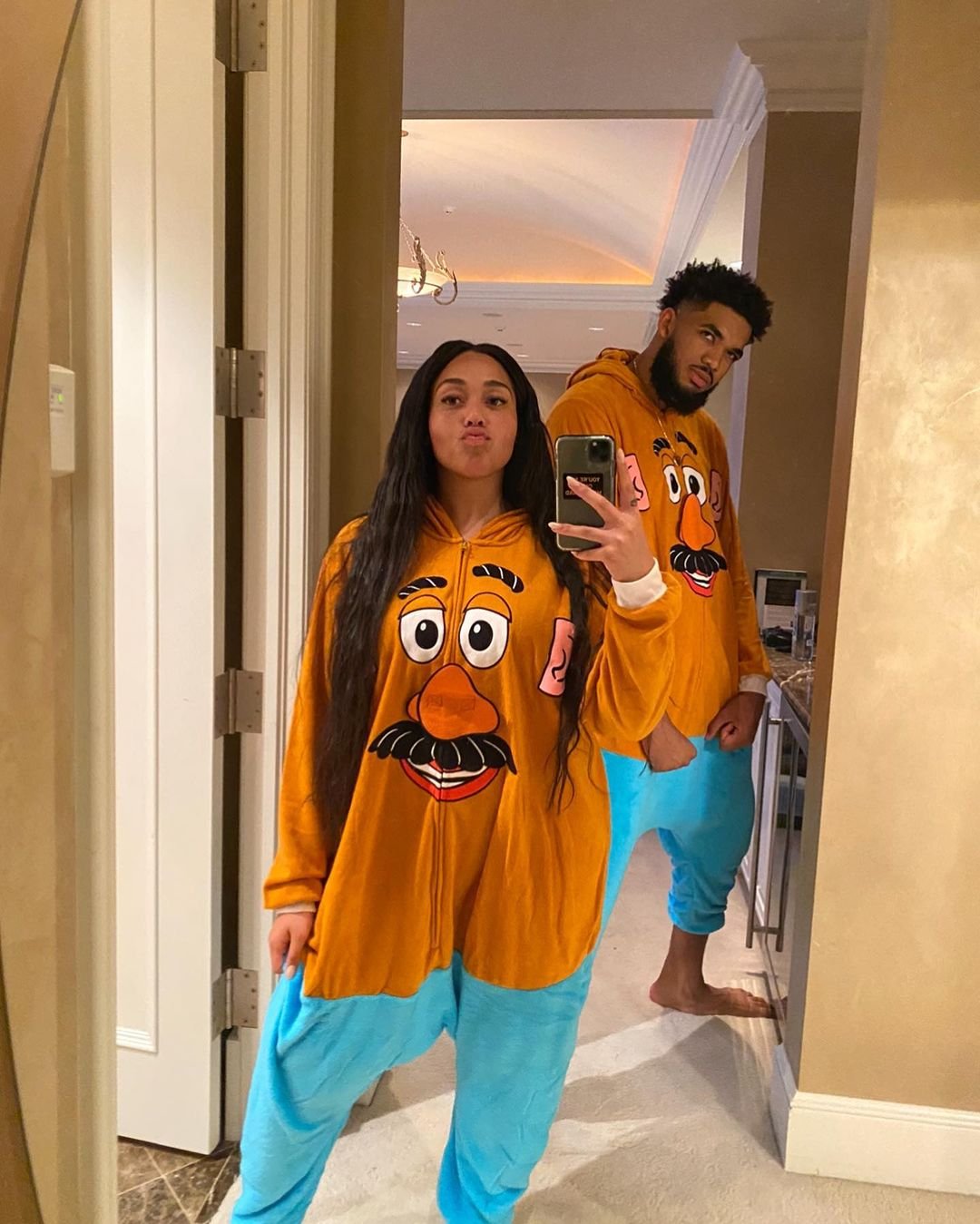 According to Jordyn, her relationship with Karl evolved organically from being best friends to falling in love and finding personal growth in each other's company.

"So, it was a very organic relationship that we'd been best friends for a while," Jordyn told Extra. "I just think that when you find the right one, you can learn even more about yourself."

"It's about learning to evolve with someone. The right person will bring a lot out of you."

The two naturally got close over the years and were of great comfort to one another during quarantine, per Hollywood Life.

“This past year Karl has been through hell and back dealing with family tragedy, as well as his own Covid diagnosis and getting hit by a drunk driver, and through all of that and more, the main thing that has kept him afloat has been Jordyn,” a source told the media outlet. 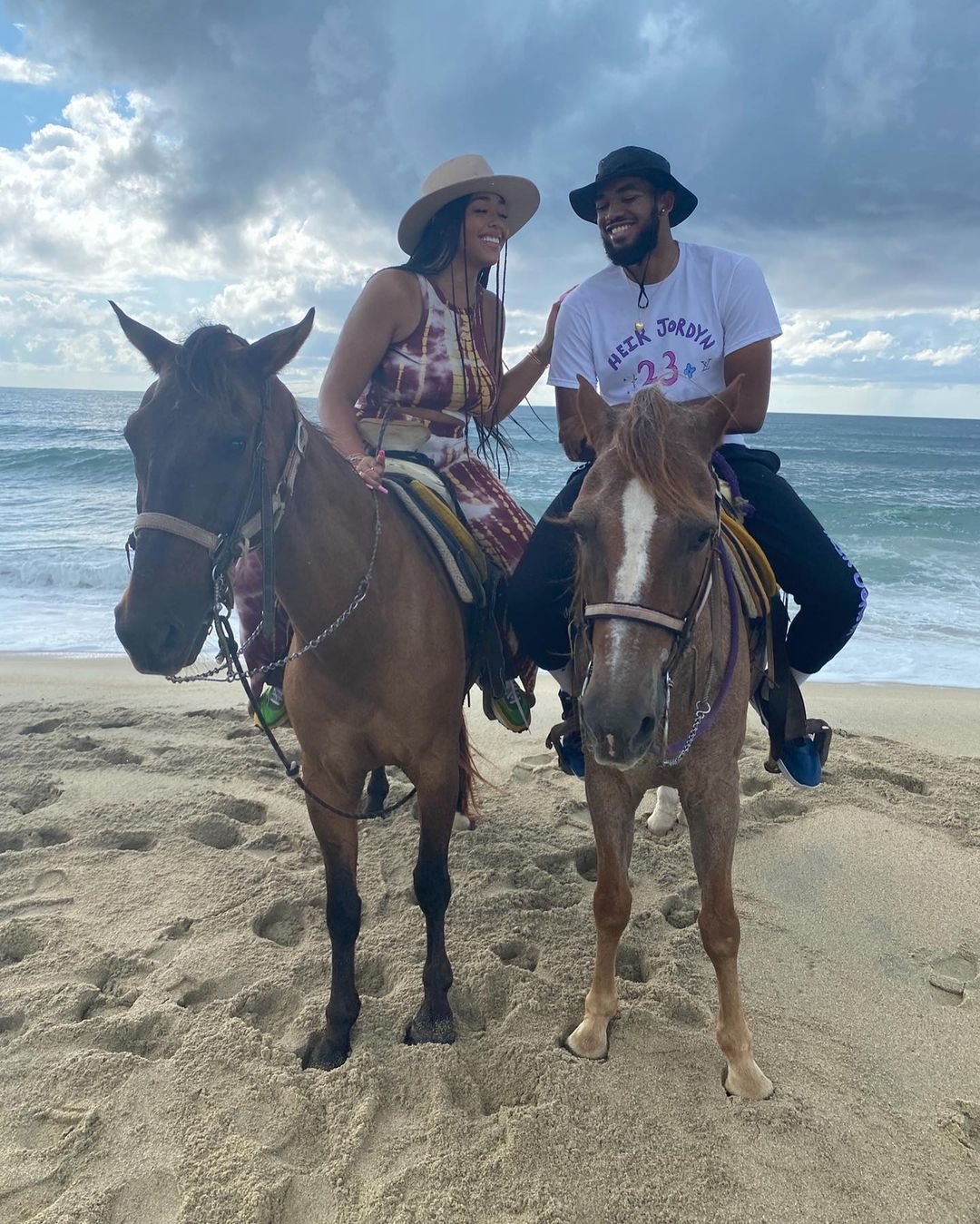 The happy couple has seen their share of ups and downs. Earlier this spring, rumors that Karl was cheating on Jordyn began swirling after the Instagram account Gossip of the City shared a screenshot of an alleged amorous conversation between the athlete and a mystery woman.

Both Jordyn and Karl clapped back at the rumors on Twitter.

"So crazy how someone can make fake screenshots and send it to blogs and y'all believe it," wrote Jordyn.

At the same time, Karl stood up for his relationship with Jordyn, hinting that he might be ready to propose.

"So I got the baddest girl in the game and you think I'm gonna waste my energy with anyone else?" he tweeted. "Same haters we got now are gonna be the same ones we have when I put that ring on her finger."

Since then, fans have been speculating that the two might be getting hitched soon, with one Cheat Sheet report stating that Karl is ready to take the relationship to the next level.

“Once things get back to normal, he’s going to get engaged to her and they are going to work towards marriage because she means that much to him," revealed a source. "She has been his rock the last few months and that is something he will never forget and forever cherish.”