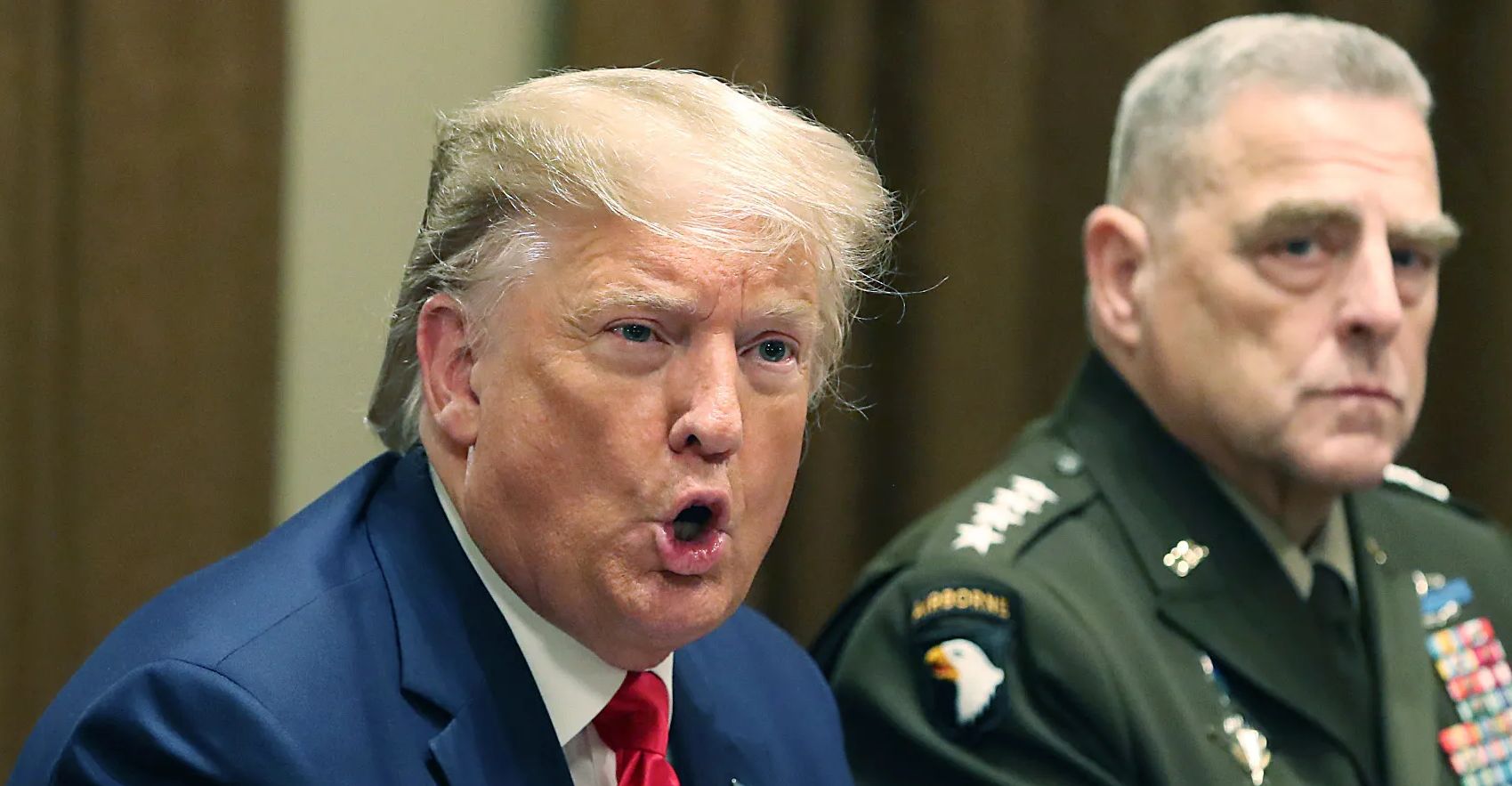 When he was president, Donald Trump had a habit of firing and replacing White House and administration officials on a whim.

In a new interview with Newsmax, Trump recalled the exact moment he realized Milley -- who still serves in the same position, under President Joe Biden -- was "a loser" who tends to cave to political pressure.

Speaking with host Greg Kelly, Trump recalled how Milley apologized for talking a walk with him from the White House to St. John's Church to participate in a photo op.

"When he went and took that walk, and then he apologized because the radical left started getting on him, I realized I had a loser. And I paid very little respect to him. He wasn't very good. So I am not a fan of his."

At the time, Trump was criticized for posing for photographs in front of the church as Black Lives Matter protests took place.

Trump also revealed that he hired Milley because then-Defense Secretary James Mattis advised him against doing so.

"I said, 'if he hates Milley that much, maybe the guy will be all right," the former president explained, noting that he strongly disliked Mattis and considered him to be extremely "overrated."

"We did a great job without Mattis. Once I got rid of Mattis, we took over -- we knocked out ISIS and everything else," he said.

Mattis was appointed secretary of defense in 2017. He resigned in 2019.

Trump said that he now regrets hiring Milley, admitting that "in retrospect, I would not have made that decision."

He then slammed the general for allegedly bungling the ongoing evacuation of Americans and American allies from Afghanistan.

"And look at what he's done. He took the military out before he got the civilians out, before he got U.S. citizens out, so that would show gross incompetence," Trump said.

It was Trump who signed the deal with the Taliban to withdraw U.S. troops from Afghanistan, and Biden followed through on it.

Conservative politicians and pundits alike have criticized Milley for saying that he has no issue with the so-called critical race theory being studied in the military.

At a defense budget hearing in June, Milley fended off attacks from GOP lawmakers by arguing that the military is not going "woke," but simply studying a popular academic theory.

"I personally find it offensive that we are accusing the United States military of being 'woke' or something else because we’re studying some theories that are out there," Milley said at the time, as reported by The Guardian.

"I want to understand white rage -- and I’m white," he added.