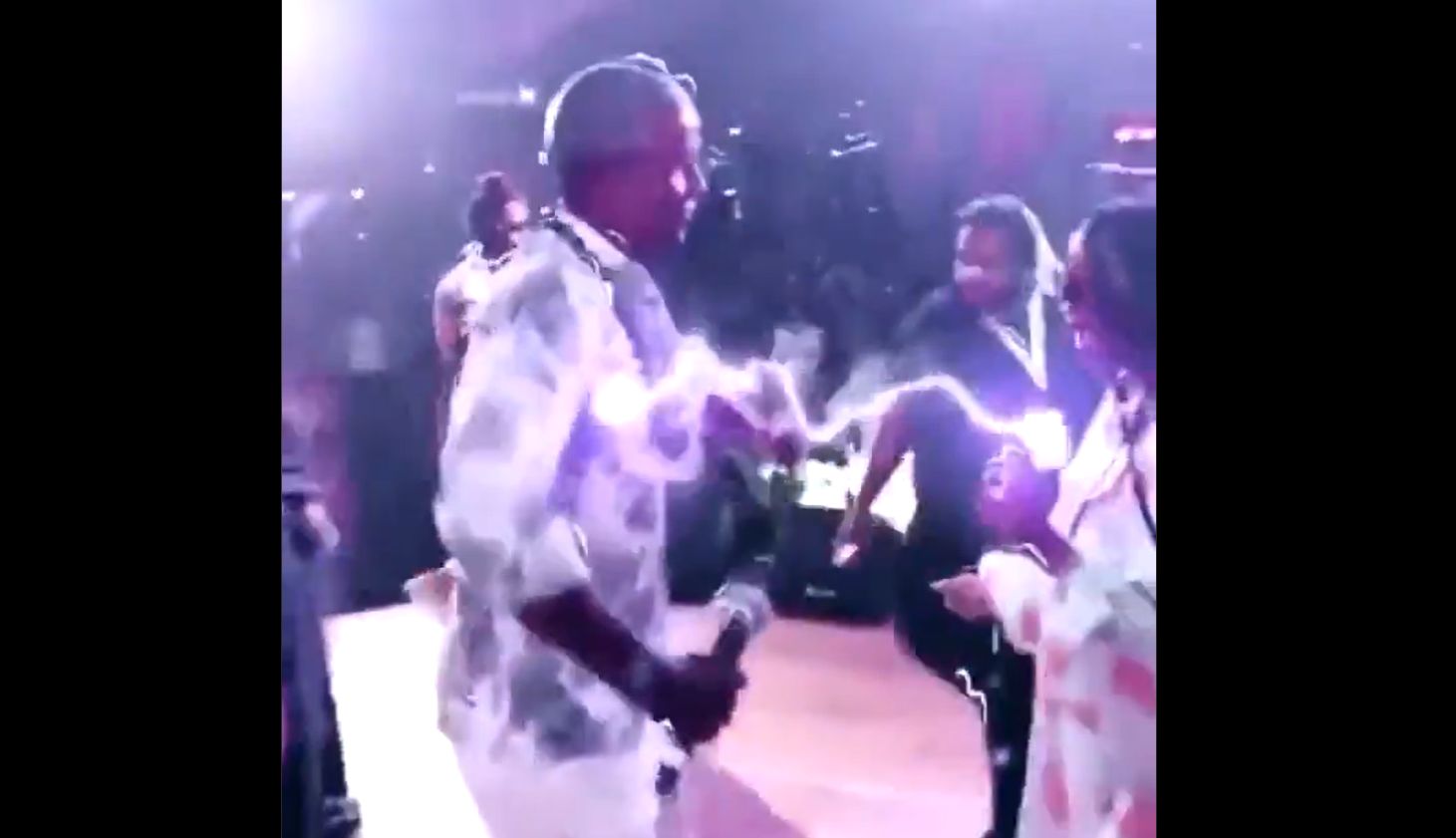 Both guests and performers were warned against making photos and videos, but some -- including Badu -- couldn't resist the temptation.

In a video that was posted to social media by Badu, Obama is seen dancing to the tune of Get Me Bodied. The footage shows the former president enjoying himself, smiling and dancing with a microphone in his hand.

Badu later deleted the video from her social media pages, but it was captured by some of her followers and spread rapidly on Twitter and elsewhere.

GOP strategist Amy Tarkanian posted the clip to Twitter, accused the former president of hypocrisy, and said that his behavior will help Republicans win back the House of Representatives.

As The Hill reported, Rapper Trap Beckham -- who performed at the fiesta -- and his manager TJ Chapman snapped dozens of photos and posted them to social media.

The pictures -- which captured the party’s fine food, cigar and alcohol selections -- were later deleted, but went viral anyway, with thousands sharing and posting them to their own social media pages.

"Had to delete everything due to the rules. It was epic for sure. If any videos surface it’s going viral. He danced the whole time. Nobody ever seen Obama like this before," Beckham explained.

Party Was Scaled Back

As soon as news broke that Obama is planning a large birthday party, critics pointed out that the pandemic is not over yet and that millions of Americans are suffering.

In response, the Obamas scaled back the party, allegedly limiting it to close friends and asking guests to get tested for COVID-19 before the event.

"Due to the new spread of the Delta variant over the past week, the President and Mrs. Obama have decided to significantly scale back the event to include only family and close friends," the Obamas' spokeswoman said at the time.

Both right and left-leaning figures slammed Obama for holding a decadent party as millions face economic hardship and live in fear of COVID-19.

"The Obama bash -- taking place after a nearby Delta outbreak in Provincetown, as millions face evictions after Obama presided over a massive foreclose crisis -- sounds great!," Pulitzer prize-winning reporter Glenn Greenwald wrote in a Twitter thread.

"Interesting how every major US politician finds vast oligarchical wealth after leaving office," Greenwald continued, noting that, in comparison, former President Jimmy Carter and his wife Rosalynn "returned to Plains, Georgia and devoted their post-White-House years, citing their Christianity, to building homes for thousands of families who can't afford shelter."