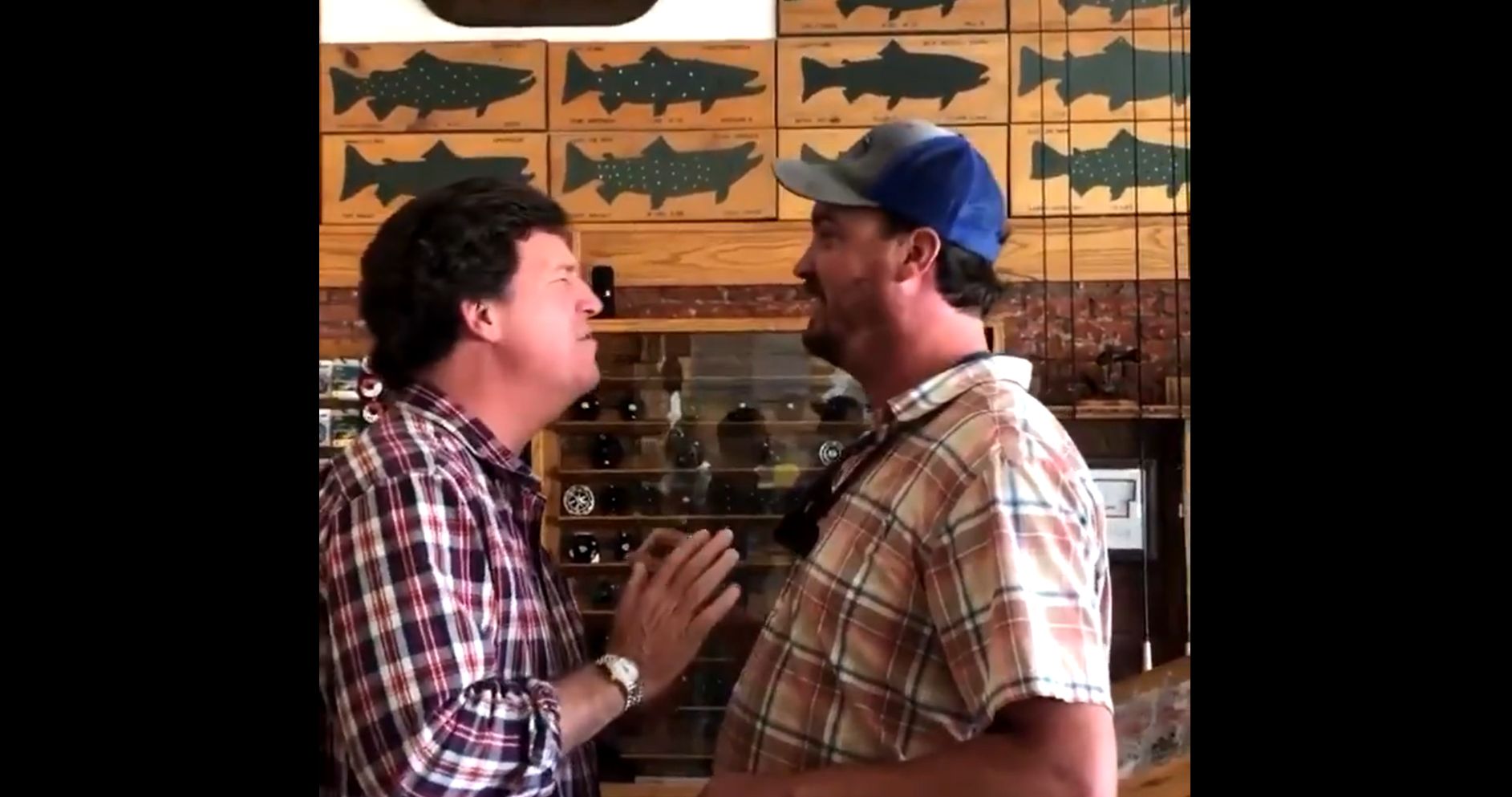 A brief video clip of popular Fox News host Tucker Carlson being accosted by a stranger in a Montana fly fishing store went viral over the weekend.

Fox News has released a statement defending Carlson and condemning Bailey's behavior, but some claim there is more to this story than meets the eye.

In fact, according to several prominent conservatives, the incident was orchestrated by the White House and Bailey is a Central Intelligence Agency (CIA) operative.

Citing an alleged White House source, far-right commentator Jack Posobiec reported recently via Twitter that the confrontation between Bailey and Carlson was orchestrated by President Joe Biden and his allies.

"Just In: The White House knew about the Tucker 'confrontation' and the entire set-up was planned out in advance, per WH official," Posobiec tweeted, per The Daily Dot.

There is no evidence that the White House -- or anyone in the Biden administration, for that matter -- was involved in the incident, so Posobiec was widely criticized for pushing the unsubstantiated claim.

Other conservatives took things one step further, claiming that Bailey is a CIA operative.

"So, uh, the NSA gets caught spying on Tucker and then he just happened to bump into this 'Montana man' with CIA connects?" commentator Pete D’Abrosca asked in a tweet.

Conservative Senate candidate James David Vance amplified Posobiec's post, suggesting that it is only a matter of time before Posobiec's reporting is confirmed.

"In three days this will go from a crazy conspiracy theory to something liberals defend as an effort to save democracy," he said.

Who Is Dan Bailey?

In 2009, Bailey worked as a river ecologist for the Asia Foundation’s (TAF) "Securing Our Future" project in Mongolia.

As The Daily Dot noted, TAF was established by the CIA in 1951 as part of an effort "to undertake cultural and educational activities on behalf of the United States Government in ways not open to official U.S. agencies."

Declassified documents show that TAF "has engaged in a decades-long campaign to misrepresent its origins, purpose, and funding" in order to hide its role as a "propaganda machine and a front for covert activities including psychological warfare."

However, there is no evidence that Bailey, who is now a Yellowstone Program Manager at National Parks Conservation Association, was even aware of the CIA’s ties to TAF.

Carlson Claims NSA Is Spying On Him 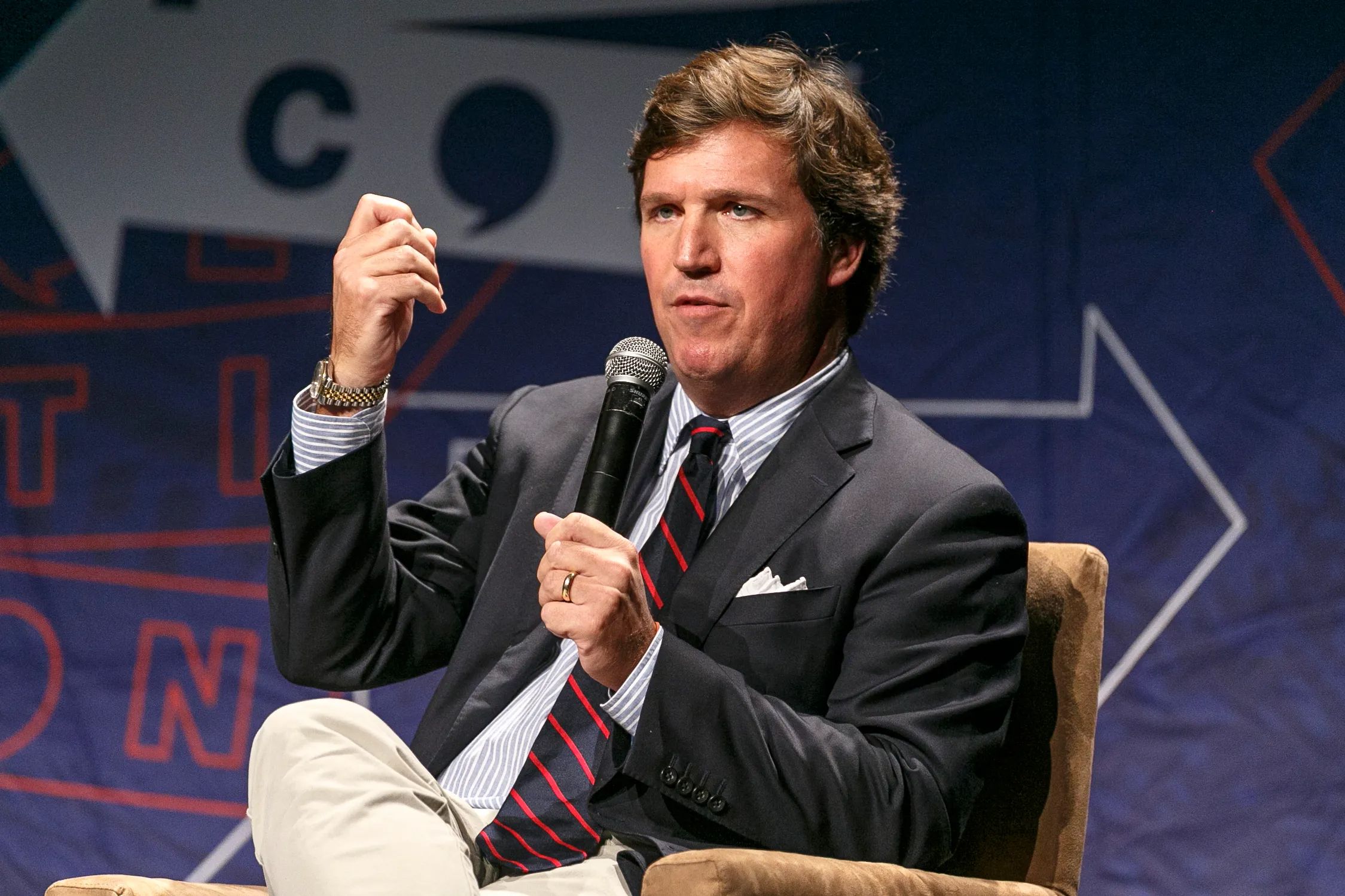 In June this year, Carlson -- who has been accused of pushing "crazy" conspiracy theories -- said that the National Security Agency (NSA) was spying on him.

As The Independent reported, Carlson claimed that the NSA was intercepting his communications in order to take his show off air.

In a statement, the agency denied the allegations, saying that Carlson "has never been an intelligence target of the Agency and the NSA has never had any plans to try to take his program off the air."