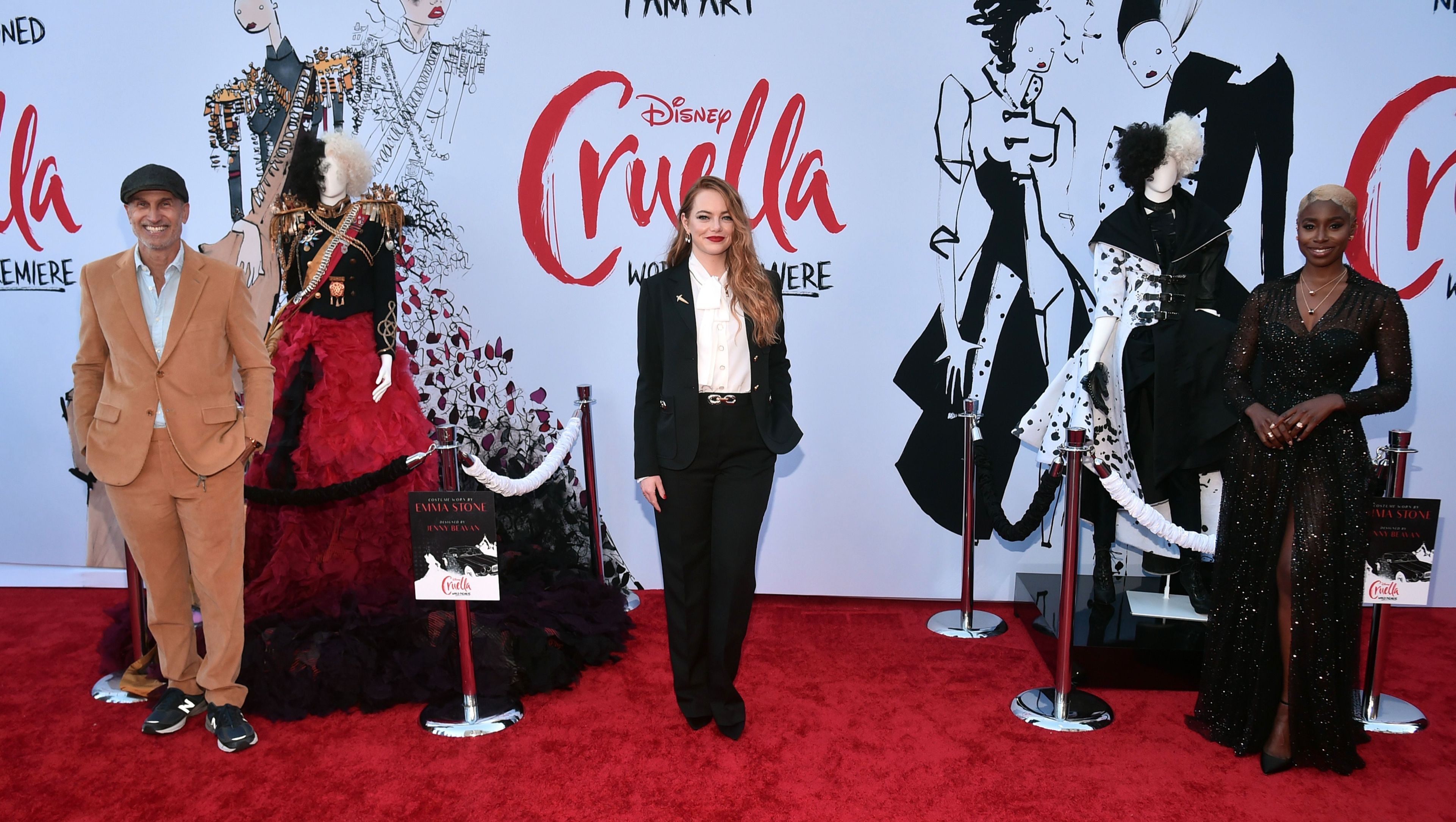 Disney's Cruella was one of this year's biggest hits but did viewers really take notice of all the details in the film, as well as the many nods given to the original film, 1961's 101 Dalmatians?

Following the live-action remake's May release, Screen Rant has pointed out a number of key elements of the film that viewers may have missed while watching the prelude to the classic hit.

Scroll down to see how many of the five details you caught, or missed.

1. Cruella's Laugh From The 1961 Film Was Heard In An Early Scene

During an early scene of Cruella, Estella, who was played by actress Emma Stone was seen watching television as she and others pretended to be hotel employees. And, while it wasn't clear what exactly she was watching, a woman on-screen was heard manically laughing at something that was not revealed.

While some viewers may have simply written off the bizarre moment, others noticed that the audio, which lasted for just a couple of seconds, was the same audio that was heard of Cruella cackling in the 1961 Disney film.

2. A Nod Was Given To Walt Disney Himself

During another scene of Cruella, Estella is seen entering Artie's store and hitting it off with the owner right away over their shared love of fashion and creation.

After Estella is then seen browsing through the items of Artie's collection, and admiring many of his stunning gowns, Artie acknowledges her clear appreciation for his belongongings and tells her, "If you can dream it, I can dress it," which is nearly identical to a phrase some believe Walt Disney uttered himself, which said, "If you can dream it, you can do it."

At the beginning of the animated film, 101 Dalmatians, Pongo is seen searching for a partner for his owner, Roger, at the dog park. And, upon arrival, viewers of the movie see that all of the owners and their dogs have similar features.

Meanwhile, in Cruella, as Jasper and Horace are seen waiting for Estella in a van, a red-headed female artist is seen walking with glasses and wearing an outfit that looks identical to her dog’s fur.

“Have you ever noticed that dogs look exactly like their owners?” Horace asks Jasper during the scene.

According to Screen Rant, the artist and her dog are characters taken directly from the original movie.

4. The 'Cruella' Villain Was Teased Early On

As any Disney fan well knows, villains of the many films created under the iconic umbrella often use the terms "fools" and "imbeciles" when describing the people around them.

So, when the Baroness was heard repeatedly referring to her employees and others as "fools" and "imbeciles," the creators of Cruella may have been doing a bit of foreshadowing, or offering hints, at who the real villain of the movie would be.

Did you catch that? Scroll on for one final detail that may have been missed.

5. Regent's Park Was The Setting Of Poignant Meetings

Cruella visits Regent's Park frequently throughout the film to speak to her dead mother, Catherine, who made plans to visit the area with her before she died.

The location is also where Estella, Jasper, and Horace first meet. And that's not all.

In the original film, Regent's Park serves as the meeting place of Roger and Anita, as well as Pongo and Perdita.

Can you think of other details and nods given to Disney's 101 Dalmatians in the recently released remake, Cruella?