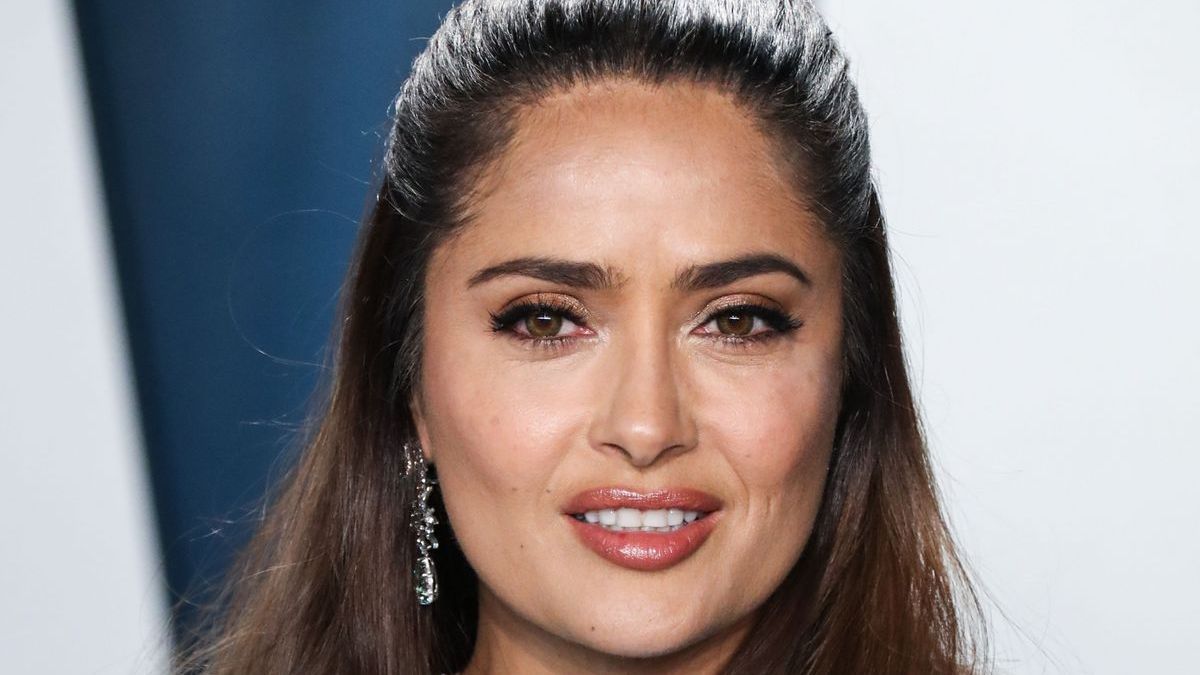 Salma Hayek is getting called "crazy" as a tattooed tank top selfie crouch stuns her 17.8 million Instagram followers. The Hollywood superstar, 54, has been ramping up the promo for her various 2021 releases on social media, with this year proving mighty busy for the Mexican as she features in MCU movie The Eternals, Amazon Prime Video flick Bliss, and The Hitman's Wife's Bodyguard. The photo in question came as Salma promoted the latter, with the Mexican going hard-core bad girl, also showing off body ink. Check it out below.

Scroll for the photo. Salma, who had already teased her appearance in the flick with a co-star photo featuring Samuel L. Jackson and Ryan Reynolds, posted solo, from a parking lot, and re-embracing her Sonia Kincaid character.

The edgy shot brought Hayek all bombshell messy bun hair and in a skin-tight white tank top flashing bra straps, with the Latina also seen in dark belted pants. The highlight was, of course, the fake tattoos climbing their way up the star's arms, with a pumped caption announcing the big return. 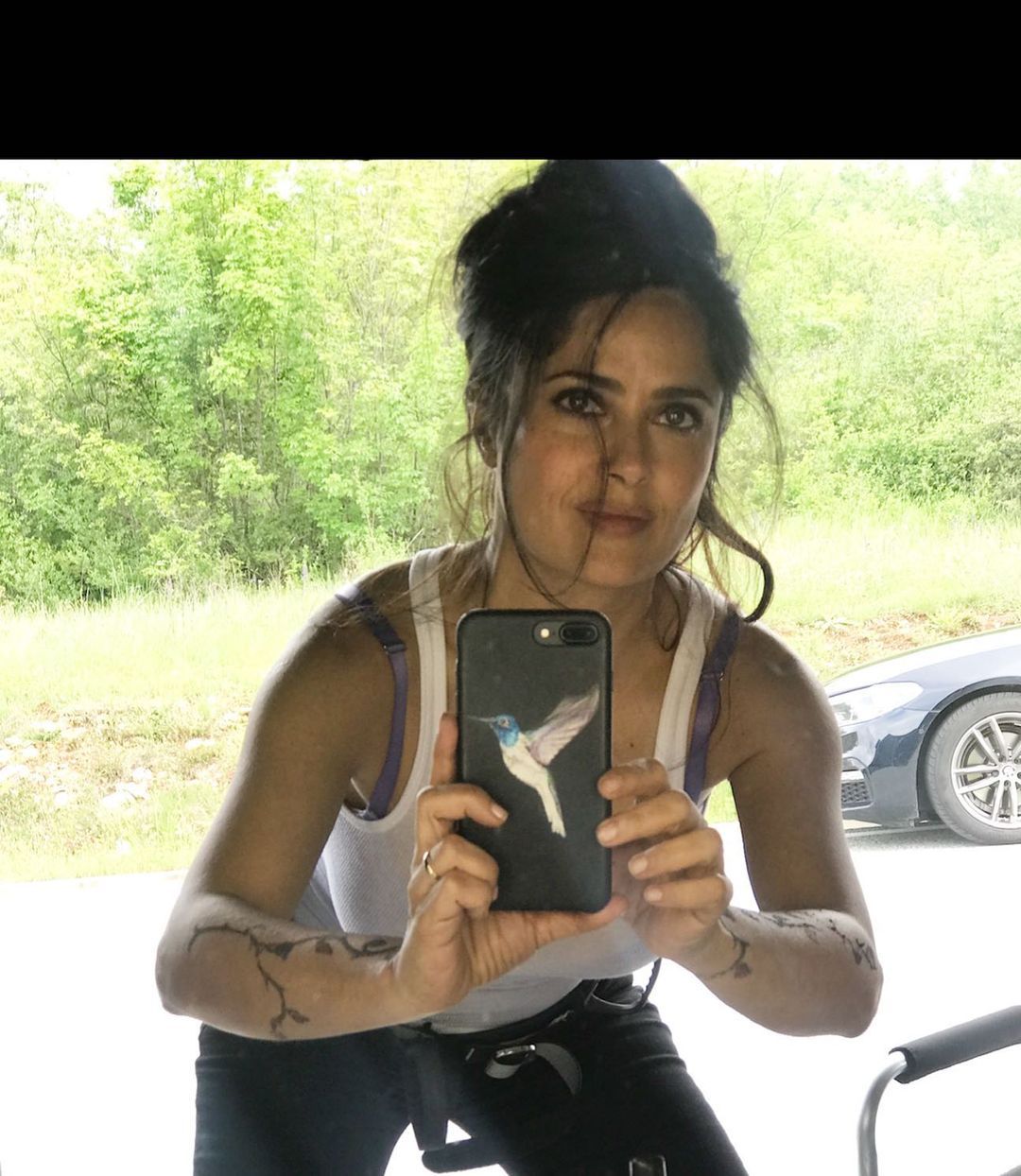 Shouting out the franchise's 2017 movie The Hitman's Bodyguard, Salma took to her caption, writing: "Get ready Sonia is back! So excited that The Hitman’s Wife ‘s Bodyguard is coming out in theaters on June 16th. We don’t have to wait ‘til August anymore! 💃🏽"

"I knowwwww, I'm so excited," one fan replied, adding that they can't "wait" to see Salma kicking butt. "Super fit," another user replied, with fire and heart emoji also out of control.  See more photos below!

Samuel L. Jackson On Her Beauty 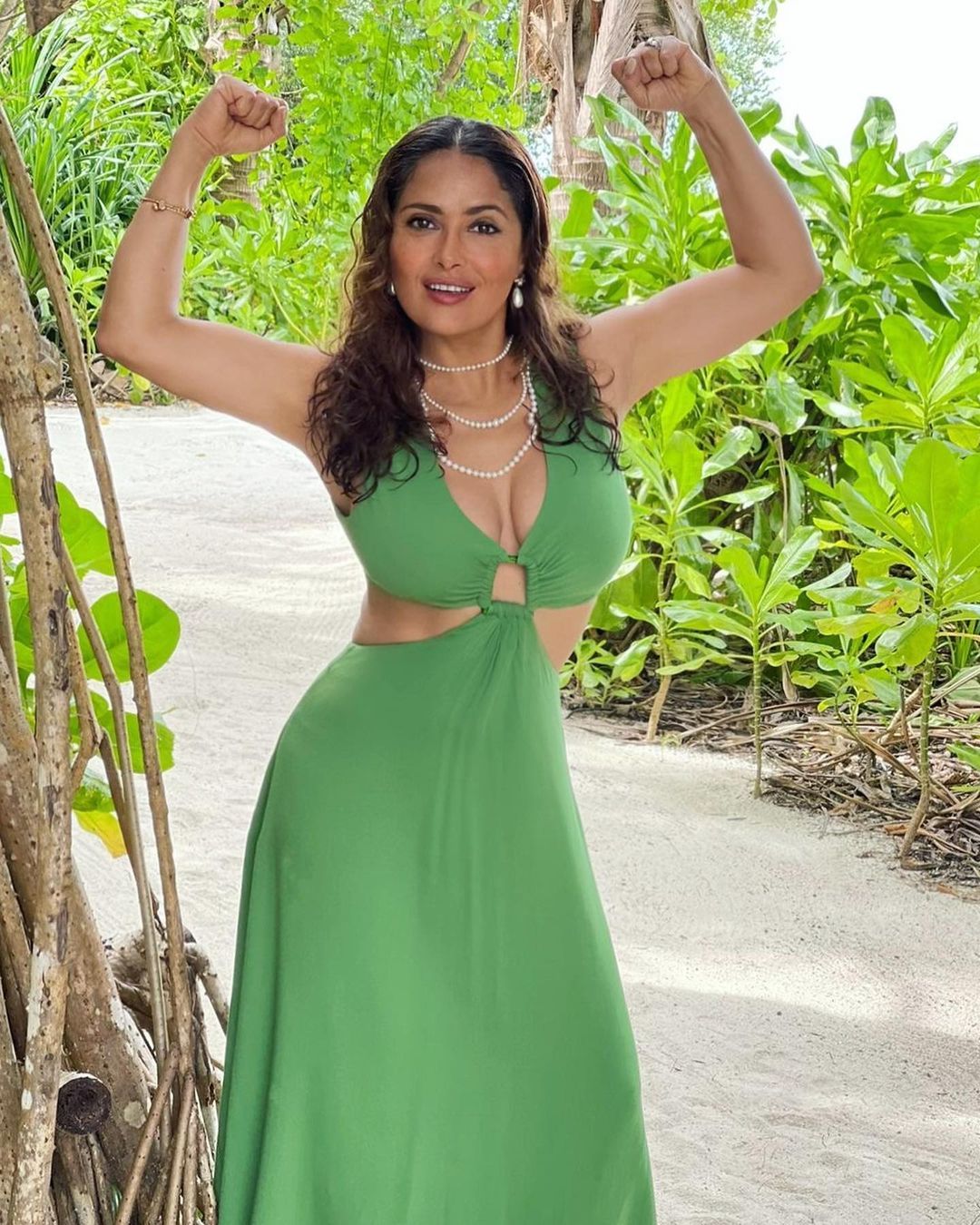 Salma, who rarely makes a headline without seeing her flawless good looks factor in, has been causing a stir with her co-stars. During filming of the 2017 instalment, legend Jackson opened up on working with one of the world's most beautiful women.

"I see her, I just see her at awards shows backstage. And I was like everybody else, you know, you always look at her and she’s like too beautiful to touch. You know. It’s like, I’m gonna damage her if I touch her," Samuel stated.

Stunts Aren't What They Seem

Salma, this year celebrating pulling her own stunts at 54 years old and reminding fans that age is but a number, did, however, highlight a less-known side - and definitely a down one to pulling one's onw action scenes.

"So they brainwashed me, and I always did my stunts. I really regretted it," she revealed, adding: "Because I have two herniated discs, a dislocated… I have so many health problems now because of all those stunts." Hayek then called herself "older and wiser" now.