Nicole "Snooki" Polizzi is now a mother-of-three. The Jersey Shore star welcomed her baby boy Angelo James LaValle on May 30. As E! News reported on Saturday, the 31-year-old has shared the first snaps of her three kids together. In fact, she's already given them a "squad" moniker.

On June 1, Snooki took to Instagram for a quadruple update. While the photos didn't show the star herself, they sent fans a full display of her growing brood. The first photo showed Snooki's son Lorenzo and daughter Giovanna with their newborn brother – Giovanna was cradling Angelo while Lorenzo's arm reached out to hold his sibling. The second snap showed the two brothers together. Opting for artsy black-and-white, the third picture showed the three together -- and some pretty adorable facial expressions. Snooki wrapped up her update with a snap of Lorenzo appearing to gaze at Angelo through plastic casing – possibly an incubator.

According to a recent report from People, Snooki has confessed to feeling a touch overwhelmed.

"So thrilled to welcome baby Angelo into our little family! He is so sweet and a spitting image of Lorenzo as a baby. Jionni and I can't wait to see how being outnumbered turns out!" she said.

Fans have been leaving their thoughts.

"Lorenzo is a boss! Best big brother ever!" one wrote.

"Omg sissy's excited face! they're all the cutest!" was another comment.

Fans had been eagerly awaiting Snooki's third arrival. With regular pregnancy updates via her Instagram, Snooki had been documenting her growing bump. Pregnancy selfies may be popular, but snaps showing the result will inevitably prove more so. The "squad" update had racked up over 680,000 likes within 14 hours of being posted, with over 5,200 comments left. Even more popular was the announcement picture. It currently sits at over 1.4 million likes.

Snooki and her husband, Jionni LaValle, have gone from party animals to some of the most responsibly-conceived celebrity parents on social media. While former Jersey Shore days showed this couple living out their youth in outlandish wardrobes and late-night shenanigans, the pair's lives now seem solidly family-based. Snooki regularly updates her Instagram with cute pictures of her clan.

Fans will likely agree – Snooki's latest snaps are beyond adorable. 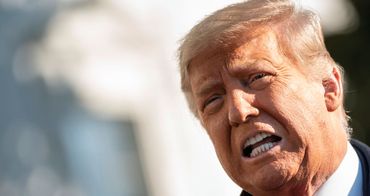