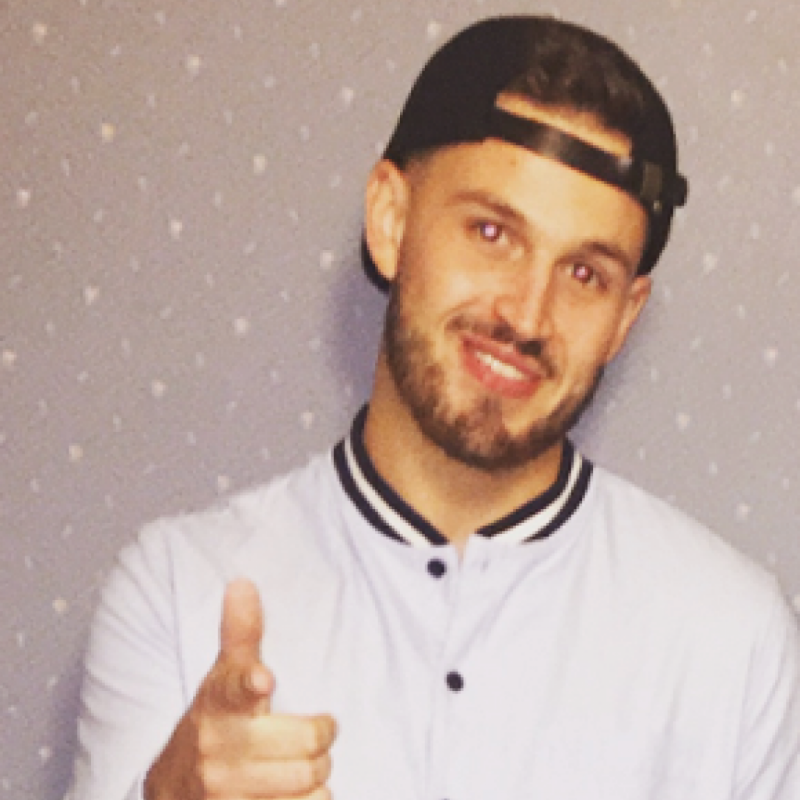 With almost a fourth of the 2016-17 NBA season gone, several players are surprising the league by performing at higher levels than previously expected. Whether improvements are due to a change of scenery, a different role, or more refined skills, these players are exceeding expectations and making an early run at the NBA's Most Improved Player.

Fresh off one of the biggest defensive plays in NBA history, Love is continuing to ride the high from stopping Stephen Curry in game 7 of the NBA Finals.

The 2015-16 season was a very tumultuous ride for Love, who was often the subject of scrutiny and trade rumors because of his less-than-stellar play and inability to fit in with fellow Cleveland stars LeBron James and Kyrie Irving. With ball-dominating players around Love and David Blatt as head coach, the former Minnesota Timberwolves superstar was put into a complimentary role, mostly used for catch-and-shoot corner threes.

Love's rise back to All-Star play began slowly, starting with the hiring of Tyronn Lue as the Cavaliers head coach last January. Lue began to integrate Love more into the offense, running plays for him and allowing Love to use his full repertoire of offensive skills.

This increase in production for Love is happening for a few reasons. With LeBron James taking a small step-back in his offensive role, a position for Love to showcase his skills has been opened up. While Love was formerly only a catch-and-shoot threat in Cleveland, his increased role in the offense has allowed him to expand his game back down to the low-post and to the elbow, while still utilizing his lethal shooting. What can not be lost in Love's improvement is the fact that a dislocated shoulder in the 2014-15 playoffs restricted Love's ability to lift weights in the 2015-16 offseason. Without workout restrictions this summer, Love has been able to once again add strength to his upper-body, which has helped him carve out space on offense.

The Cavs and Love are off to a hot start, again on top of the Eastern Conference.

Walker's breakout year is not because of a new team or a new role, but from years of hard work and consistent improvement every season that he has been in the NBA. Now an elite talent with a familiar cast of solid supporting players around him, Walker is managing to make noise in an NBA that is filled with mega-star point guards.

As reported by The Ringer, much of Walker's success is because of his three-point shooting improvement. According to the NBA website, Walker has improved his three-point percentage every year he has been in the league, with a drastic improvement of 37.1 percent last season to 43.4 percent this season. Walker's ability to shoot the three, combined with his tight handle and lightening quick first-step, have led to a scoring increase of 20.9 points per game to 23.6 points per game from last season to this season, according to the NBA website.

Charlotte is benefiting from Walker's success with a record good for fifth in the Eastern Conference. Look for Walker to make his first all-star appearance this season.

As Kristaps Porzingis entered the 2015 NBA Draft, the key word describing him was potential. Only 18 games into his second NBA season, the potential that Porzingis holds in his 7 foot 3 inch frame is already being recognized.

Coming off of a wildly successful rookie campaign, Porzingis has experienced a sophomore leap, appearing more comfortable with NBA play and more aggressive on offense. According to the NBA website, Porzingis' averages have ballooned from 14.3 points per game and 12.3 shot attempts per game last season to 21.4 points per game and 16.1 shots per game this season. Porzingis' increase in shot attempts has not meant a decrease in efficiency. Last season, Porzingis shot 42.1 percent from the field and 33.3 percent from three, averages he has improved to 49.1 percent and 40.8 percent this season, according to the NBA website.

What is even more impressive about Porzingis' numbers is the fact that the Knicks have not increased his role on offense thus far. There has been almost no change in Porzingis' usage percentage from last season to this season, a stat that must change if the Knicks want to improve their .500 record.

Always a solid role player with the Indiana Pacers, Hill has become a stud in his new role with the Utah Jazz. With a hole to fill at point guard, Hill was acquired by the Jazz in a three-team trade early this summer. While in Indiana, Hill was flanked by Monta Ellis and Paul George, who both dominated shot attempts. Hill's role in Indiana was to initiate the offense and be a stopper on defense.

While Hill is still asked to play the role of defensive stopper in Utah, an early season injury to Jazz star Gordon Hayward has led to an offensive workload for George that he is not used to. Through the early portion of this season, George's usage percentage is at 24.1 percent, eight percent higher than it was last season, according to the NBA website. George has handled his increased offensive role with great poise. So far, according to the NBA website, Hill is averaging 20.0 points per game on 13.3 field goal attempts per game, a jump from his averages of 12.1 points per game on 10.0 field goal attempts from last season. Hill's two-point field goal percentage and three-point field goal percentage have also increased this season despite having more shot attempts than last year.

Even with Hayward back in Utah's line-up, Hill will be relied upon heavily as the Jazz look to move their way up to the top half of the Western Conference.

Like Love in Cleveland, Barnes became the scapegoat for any problem the Golden State Warriors had last season. Surrounded by stars, the multi-talented Barnes had his offensive game minimized in Golden State, only called upon to run the floor and knock down open shots. With the Warriors bringing in Kevin Durant this offseason, it was clear that Barnes' services were no longer needed in Golden State. Dallas bet big on Barnes in free agency, giving him a four-year, $95 million contract. So far this season, that bet is paying off.

With Barnes' new role as the Maverick's go-to player has come some of the NBA's biggest statistical improvements. Barnes is playing almost seven minutes more per game this season than last season, while also increasing his usage percentage from 15.9 percent to 26.2 percent, according to the NBA website. With Barnes' increase in usage has come a huge increase in production. Last season with Golden State, Barnes averaged 11.7 points per game on 9.6 field goals attempts per game. Barnes has almost doubled those averages with Dallas, averaging 20.5 points per game on 17.8 field goals attempts per game, according to the NBA website. Despite being the obvious offensive threat each night and having limited help around him, Barnes is continuing to be efficient with his newfound production, shooting 46.4 percent from the field.

While the Maverick's future may look bleak as the Dirk era comes to a close, Dallas has found a new star in Barnes that they can build around.