Father Gives Birth? Transgender Couple Made History By The 'Father' Giving Birth And Became Pregnant By The 'Mother,' Plans To Expand Their Brood

Fernando Machado and Diane Rodriguez made history in June when they became the first transgender father to give birth and became pregnant by a transgender woman, Daily Mail reports. Now, four months later, Fernando--who was born a female---and his partner, Diane---who was born a male---revealed they plan to have more children.

The new parents, who are from Ecuador, spoke out about what life is like for them with their new baby and to be the first transgender family in South America.

They decided not to announce the baby's name quite yet. For now, they affectionately call the tot Caraote, which means "the snail."

"We are the same as other families. Even though we might not have the same rights, we're the same. We don't have a name yet - or rather we do - we are just waiting to announce it, " Machado explained.

Ms. Rodriguez never thought she would experience motherhood because she was born a man. Apparently, the local laws demanded that to be recognized as a woman, you had to be castrated so you cannot conceive a child.

In 2013, Diane made headlines in her native country when she became the first transgender person to run for Congress. She talked about a particularly rough time in her life when she told her family that she was transgender, and they shunned and kicked her out of the family home. She was forced to live on the streets. And, that's not all; Ms. Rodiguez has been abducted several times.

The happy transgender couple kept their fans updated throughout the pregnancy via Facebook and shared pictures from the hospital after Fernando gave birth in June. They teased their followers with a photo with the caption," Guess where we are and what we are doing?"

For those who are in belief that a father actually gave birth to a baby, Machado shared c-section pictures of his scar to bring more credibility to their story. He knew there would be those who didn't believe their story.

They announced the pregnancy like most parents, on social media, for all their family, friends, and followers to share the happy news. The couple was able to conceive naturally because neither one of them has had any gender reassignment surgery to the lower half of their body.

"This was the wish of both of us, and there was nothing biological or legal to stop us, so we decided to do it," Diane told the press last year after announcing Fernando's pregnancy.

Rodriguez went on to explain that they live as man and woman in their daily lives. Even though she has not had the lower body surgery, she considers herself a woman and Fernando is a man. "The process to get where we are now was complex for us," Diane admitted. She continued by saying that they decided to have a child and want to have more children eventually.

Fernando was thrilled when he learned that he was pregnant and immediately showed the home test to his mother. He then saw a doctor that confirmed the results with a blood test." I started crying with happiness, fear, and dread, all at once. It was the most beautiful moment. I had never felt that way before. Wow, at last, I am completely happy," Machado remembered.

Fernando Machado and Diane Rodriguez are thrilled that their baby arrived, is healthy, and have settled into parenthood. They understand that many people won't accept their modern family unit. All they want is for people to open their hearts and minds to try to understand they are just like most families, with mom, a dad, and a beautiful baby. 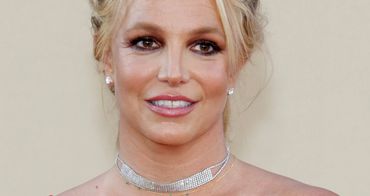