The Killing of a Sacred Deer, huh?

One wonders where does Yorgos Lanthimos derive the titles of his films from. Dogtooth? The Lobster? Sacred Deer? Definitely something in common there.

His last venture, the absurdly funny and deeply existential The Lobster, was named after an animal, only for film-lovers to figure out at theaters that Lanthimos did not intend to talk about lobsters at all. Here, too, one will be forgiven to assume that Lanthimos is intent on talking about the death of a sacred deer, and while he is doing so — metaphorically, of course — The Killing of a Sacred Deer is much more than that what its literary title would suggest. It is a simmering and disquieting foray into the deep crevices of human guilt, and how it could engulf the whole being of an individual who might have something in his past that he is not proud of.

The Killing of a Sacred Deer concerns the slow disintegration of a successful and handsome surgeon, Steve, played by Colin Farell, and that of his sophisticated and beautiful wife Anna (Nicole Kidman), and his children, Bob (Sunny Suljic) and Kim (Raffey Cassidy). At first, Steve comes across as a self-assured professional who has not only made it in life but has an amazing family to boast about. Soon, though, as the film moodily ambles forward, we realize that his life is fraught with tensions — not outright, horrific scandals — but hidden, creepier truths. 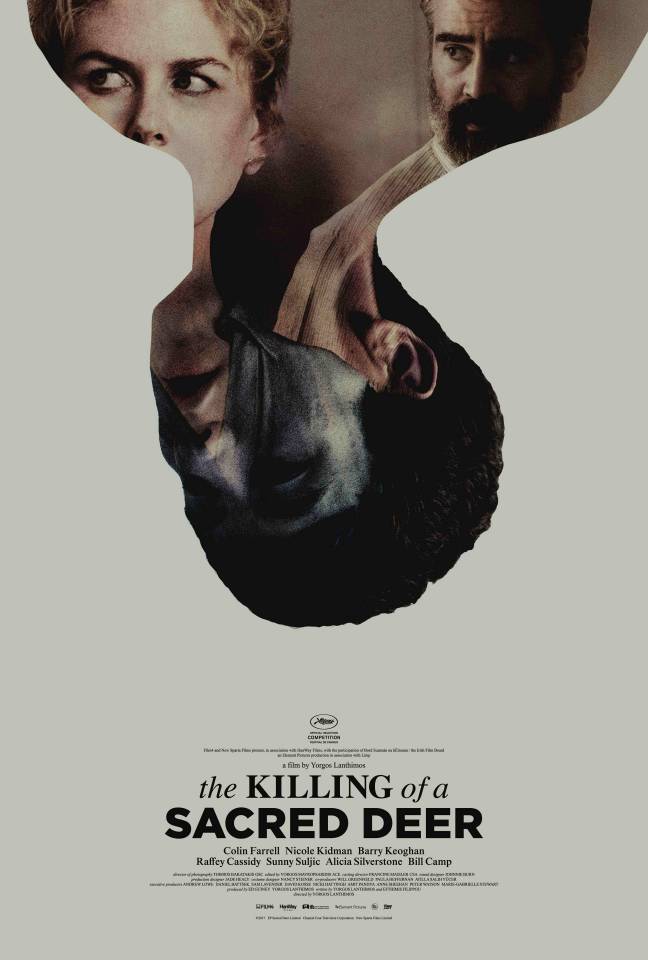 Lanthimos lets the story suck us slowly into its weird world — something the Greek director has a great fondness for, and crafts with masterful control — making us realize there is something deeply unsettling about Steve’s relationship with Marty (Barry Keoghan), the 16-year-old son of the man whose father died at Steve’s operating table. Quite how, Lanthimos doesn’t tell us, and that’s why we find the ambivalent motivations of their unusual friendship more disconcerting as the film progresses.

But even as Marty permeates a sense of elusiveness, Steve doesn’t do anything to make our nerves calm down either. In one scene, where he asks Anna to behave as if she took a “general anaesthetic” before undressing and lying on the bed as if unconscious — a request Anna does not even pretend to find unusual — there is a sharp realization that the Murphys are not as they seem. Neither is Marty, and nor is the crawling and wide cinematic imagery that Lanthimos so deftly pulls us into in The Killing of a Sacred Deer.

In fact, one would be forgiven to take some shots of The Killing of a Sacred Deer as that belonging to a Stanley Kubrick film, such are some of Lanthimos’ meandering, symmetrical shots in long hallways, akin to the camera being a lingering presence, always in and around the characters as they walk, live and move in their small bodies trapped in the structures around them.

But, ultimately, one will take away from this film what one brings to The Killing of a Sacred Deer. Although it is much more precise than its predecessor, The Lobster, and therefore will definitely be more accessible to a wider audience, Lanthimos’ creepy thriller is still not for everyone. But if you are someone who allows cinema to reach into deeper, darker depths, this film is perhaps exactly what you would want to get into before Halloween!

The Killing of a Sacred Deer competed for the Palme d’Or in the main competition section at the 2017 Cannes Film Festival, as reported by the Guardian, and won the Best Screenplay Award for Yorgos Lanthimos and Efthymis Filippou.

It is set to open in theaters across the United States on October 20. Go have an amazingly creepy time!

[Featured Image by A24 Films]

‘The Young And The Restless’ Spoilers Two Weeks Ahead: Nikki’s Bombshell Discovery February 17, 2020