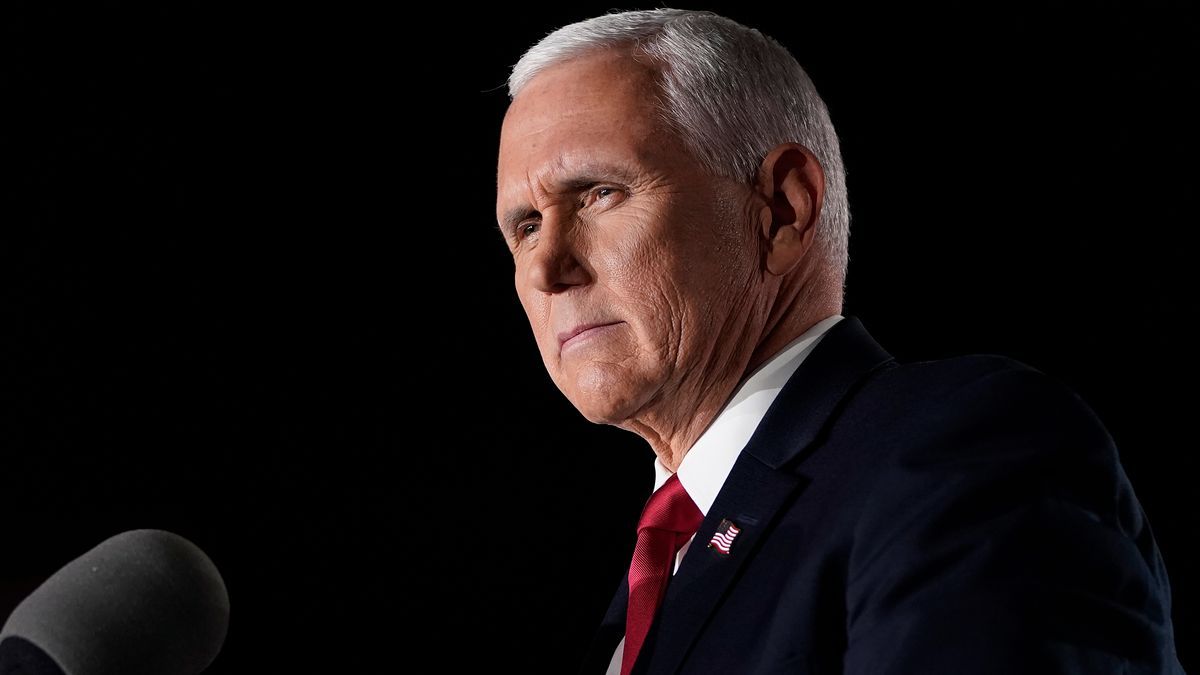 During an appearance at the Reagan Library in Southern California as part of "The Time For Choosing” series, former Vice President Mike Pence defended his role in the certification of President Joe Biden's Electoral College victory on January 6, Breitbart reported.

“Now there are those in our party who believe that in my position as presiding officer over the joint session, that I possess the authority to reject or return electoral votes certified by the states. But the Constitution provides the vice president with no such authority before the joint session of Congress."

Pence Underlined The Importance Of The Electoral Process

Despite supporters of Donald Trump claiming that the 2020 election was rigged against the real estate mogul, Pence took a different tune.

Pence continued to say he is "proud" that Congress was reconvened to certify Biden's victory under the U.S. Constitution and the law of the country. While Pence appears to support Biden's victory, he acknowledged the Republican disappointment over Trump's loss in 2020, CNN reported.

"Now, I understand the disappointment many feel about the last election. I can relate. I was on the ballot."

Nevertheless, Pence underlined the importance of maintaining faith in the U.S. Constitution and claimed that losing this faith will cause Americans to lose their country.

Pence is notably a 2024 contender and appears to be looking to distance himself from the 2020 election deniers while sticking close to his accomplishments in the Trump administration.

Trump Was Disappointed By Pence's Role On January 6

Trump pressured Pence to refuse to certify Biden's victory on January 6, but the then-vice president refused.

As reported by Breitbart, Trump told Pence before the certification that he would be disappointed if he did not join his battle against the results of the election.

“And if you’re not, I’m going to be very disappointed in you, I will tell you right now," he said.

Pence noted that the Founders did not provide the vice president with the authority to prevent the certification of the electoral victor.

Pence Continues To Face A Backlash

To this day, Pence continues to face a backlash for his decision to break with Trump.

As The Inquisitr reported, Pence was heckled as a "traitor" at a recent Faith and Freedom Coalition conference.

Pence also faced danger on the day of the Capitol riot. Notably, Trump supporters were allegedly searching for Pence and chanting for his hanging.

According to Jim Bourg, the pictures editor for Reuters, who was present during the riot, some supporters wanted to hang the politician from a tree.