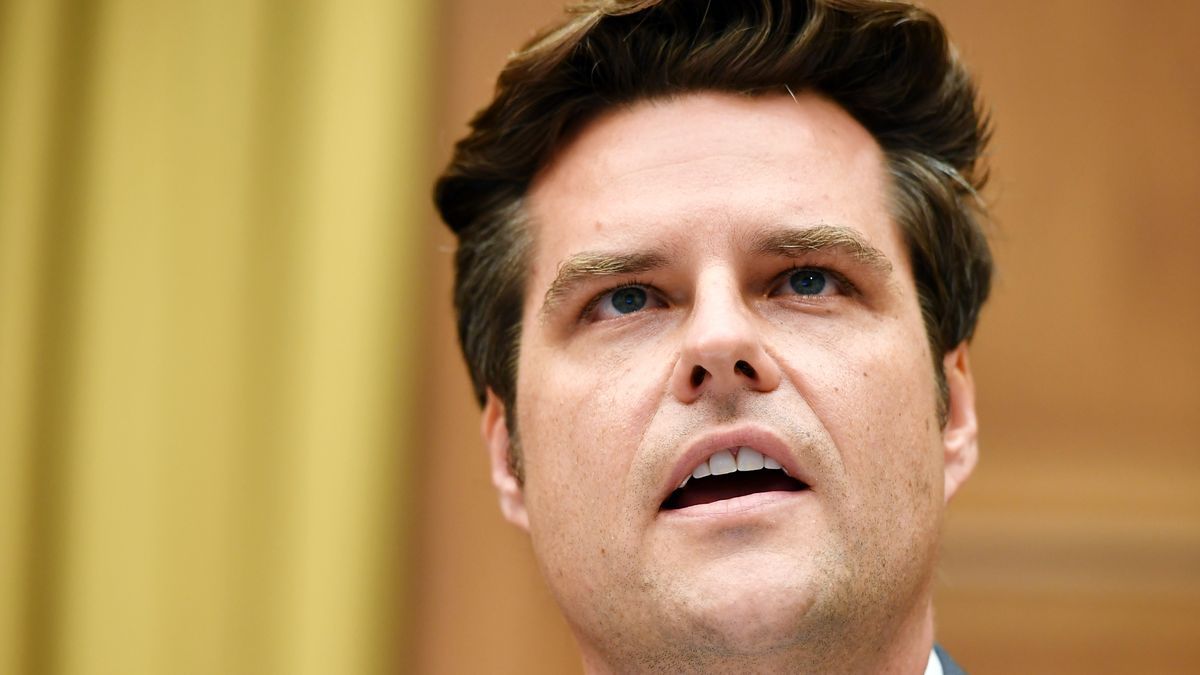 Matt Gaetz is facing ridicule for leaving his Venmo activity public amid a sex trafficking investigation that is probing his activities.

The public account was outlined in a report from The Daily Beast, which alleges that Gaetz used Venmo to send accused sex trafficker Joel Greenberg $900. The funds reportedly then made their way to three young women.

The Justice Department is currently probing the extent of Gaetz's involvement in Greenberg's alleged cash-for-sex ring.

According to The Daily Beast, Greenberg’s attorney and prosecutors recently suggested he will strike a plea deal.

Many Took To Social Media To Ridicule Gaetz

In the wake of The Daily Beast's reporting, Raw Story noted that many people took to social media to ridicule the congressman for using Venmo's public setting.

"Matt Gaetz using Venmo for sex trafficking is the latest ante in the QOP race for stupidest," one user wrote.

"You chowderheads forgot to delete your Venmo history? Didn’t they teach you that at Alligator State or wherever?" wrote another.

"Wait — you are a member of Congress and you had your Venmo transactions on public??!"

'The Verge' Wrote A Piece On Setting Venmo To Private Amid the ridiculing of Gaetz, The Verge penned a piece that offered a roadmap for United States congresspeople who want to set their Venmo to private.

According to the outlet, people have warned about the presence of public Venmo feeds for long before Gaetz's apparent slip-up.

Notably, the publication underlined that a significant amount of information about an individual can be obtained by monitoring their Venmo transections.

Unfortunately for Gaetz, his public Venmo transactions might end up causing him to face federal charges for his involvement in alleged sex trafficking.

Gaetz & His Allies Claim He Is Being Extorted

Gaetz and some of his few allies in Washington, D.C. have suggested that he is the victim of an extortion plot.

As The Inquisitr reported, longtime GOP operative Roger Stone claimed that the reporting of Gaetz's activity is part of an extortion scheme that is intended to ruin his career for his criticism of the political left.

Gaetz claimed that a former Justice Department official is trying to extort him and his father for $25 million, which would allegedly be used to secure the rescue of former FBI agent and CIA contractor Robert Levinson, who disappeared in Iran in 2007 and is believed to be a hostage in the country.

Some Have Pushed Back Against The Nature Of The Allegations

The nature of the allegations against Gaetz has received scrutiny. As noted by Reason, the accusations of sex trafficking might be an exaggeration of his activities.

The outlet noted that the controversial story at one point appeared to shift from a narrative that suggested Gaetz sex-trafficked a minor to one in which he paid for sex with an adult and took MDMA.

"We still don't know all the details, and Gaetz may well turn out to have broken federal law," the outlet wrote.

"But it's telling that the focus of the story is already turning from sex trafficking of a minor to what looks, based on the details so far, like consensual activity among adults."