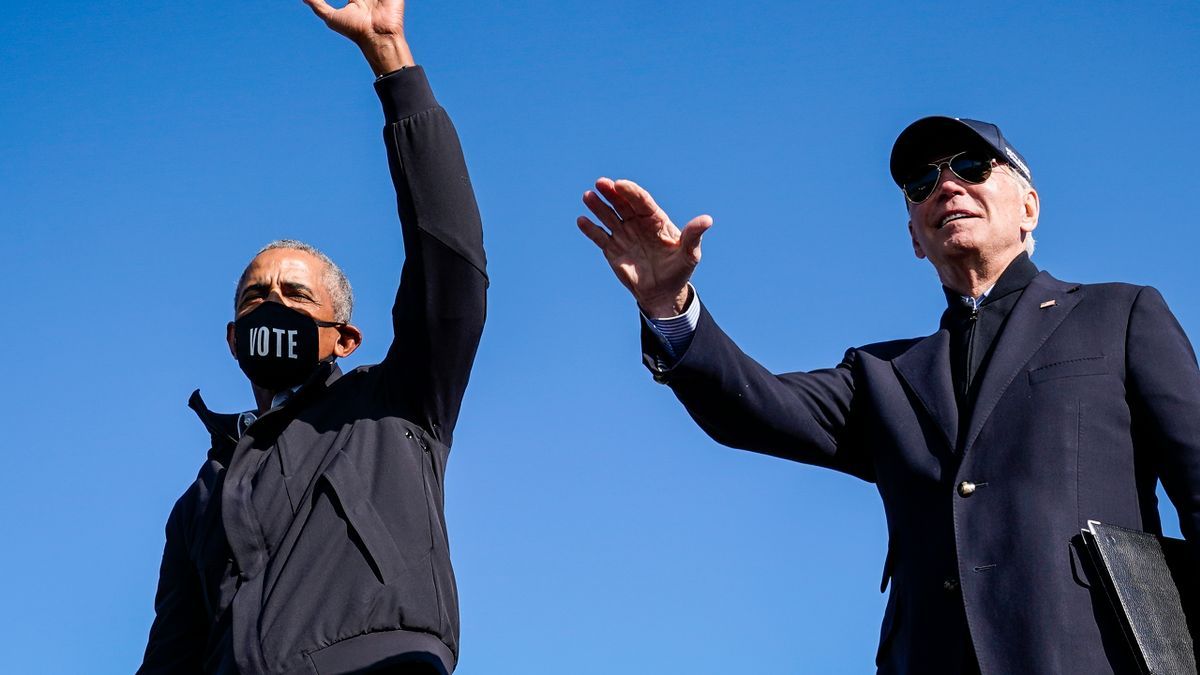 During a brief discussion on Joe Biden's political longevity in the Democratic Party during The Majority Report — available on YouTube — commentator Sam Seder claimed that the President's role as Barack Obama's second-in-command was a calculated play for a specific demographic.

"If Obama doesn't pick him for VP, which was really Obama protecting his racist flank,  then Joe Biden is inconsequential."

Seder continued to compare Biden to Democratic Sen. Patrick Leahy, who is the most senior member of the upper chamber and is on his eighth term in office.

Obama's Decision Has Been Questioned

Obama's decision to choose Biden as his vice president has been questioned before.

As reported by New York Magazine's Intelligencer, journalist Josh Barro underlined that Obama and the Democratic Party were aware of Biden's  "ideologically bad, racist and sexist record," which he noted was "public and knowable to everyone in 2008."

"Obama clearly wanted someone white and from the political mainstream, recognizing that the high drama of his candidacy would probably make any running mate a reassuring afterthought rather than a true partner on the campaign trail," the outlet claimed.

Biden Has A Checkered Past On Racial Justice Biden has long received scrutiny for his record on racial justice.

As reported by New York Magazine, he opposed state-mandated school integration, opposed busing in the 1970s, and was a staunch advocate of mass incarceration.

The outlet also noted that the gaff-prone Democrat said Obama was “the first sort of mainstream African American who is articulate and bright and clean" and suggested African American felons were “predators” that were impossible to rehabilitate.

As The Inquisitr reported, Cornel West argued that Biden has "blood on his hands" for his role as architect of the Violent Crime Control and Law Enforcement Act of 1994.

Biden Has Received Scrutiny For His Selection Of Kamala Harris

Interestingly, Biden faced scrutiny from the right for his motivations for selecting Kamala Harris as his vice president, CNN reported.

"No, I didn't feel pressure to select a Black woman," Biden told ABC's Robin Roberts in August of 2020.

"But I - what I do think and I've said it before, and you've heard me say it. I've probably said it on your show with you, is that the government should look like the people, look like the country."

Despite his controversial record on racial justice, Biden has recently made public comments that underline the importance of tackling systemic racism in the United States.

As reported by The Wall Street Journal, Biden praised the guilty verdict against former Minneapolis police officer Derek Chauvin, who was convicted of the murder of George Floyd.

"We must not turn away, we can’t turn away," he said of the violence Chauvin perpetrated against Floyd.

"We have a chance to begin to change the trajectory in this country.”